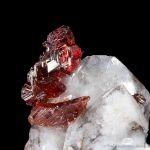 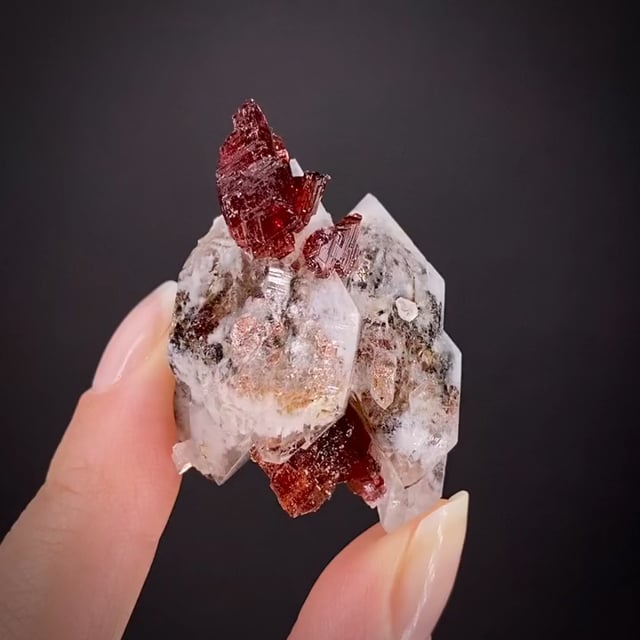 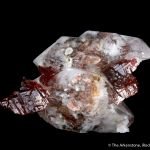 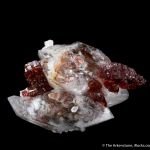 This is a very rare matrix piece from the Navegadora Claim having both euhedral Quartz crystals AND gemmy Spessartine Garnet crystals! Two tightly grouped, as well as doubly terminated, clear to milky Quartz crystals are host to several incredibly gemmy, lustrous and complex Spessartine Garnet crystals. The Quartz crystals resemble Herkimers in shape, but are distinct in that they are variegated from crystal-clear to patchy, milky white with some areas having glistening, black-brown inclusions. Upon casual inspection, they look like just two Quartz crystals, but with added scrutiny they are each composed of at least three Quartz crystals in parallel growth. The Spessartine crystals have the typical rugged habit of Navegadora with prolific stepped, angled growth and either flattened or elongated habit with really no semblance of a typical Garnet crystal. The Spessartines are some of the most intense zinfandel-red and gemmy crystals we have seen on specimens of any size class from here. They also have incredible luster and display fantastic internal fire from the internal reflection in the stunning red crystals, so much so that this piece was very challenging to photograph. The three Spessartine crystals range in size from 1.5 to nearly 2 cm in maximum dimension. Intricate, triangular, geometric steps are present all over the crystals and all are in some crystallographic alignment with respect to a particular garnet face (which is probably the dodecahedron). A simply stunning, elegant and richly colored piece! From the early 2000s finds here, it is a choice miniature from what at the time was a huge quantity of material, very little with matrix. Illustrated in Mineral Collections of Brazil, 2020, page 122, FULL PAGE photo. 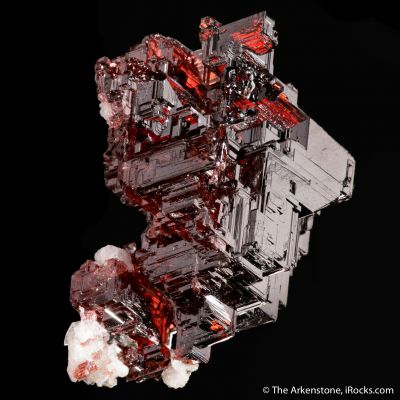 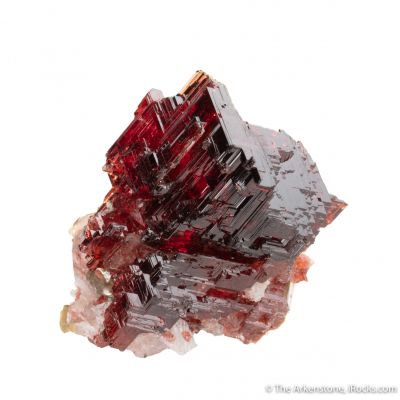 SM19-75
Spessartine on Quartz and Albite 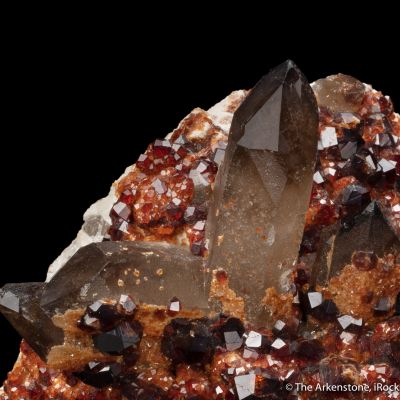 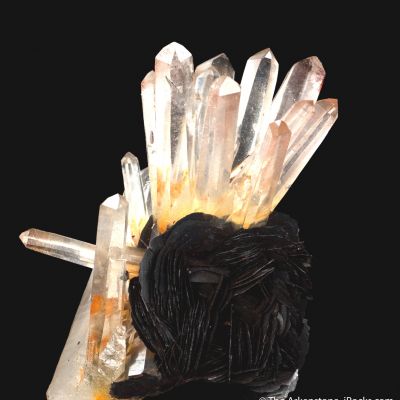 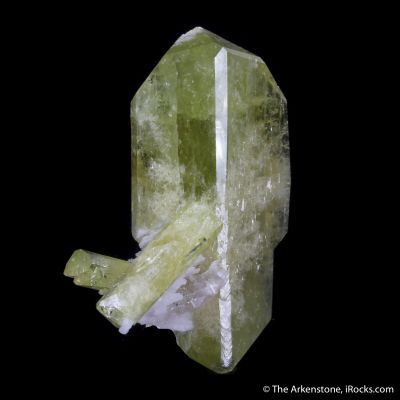 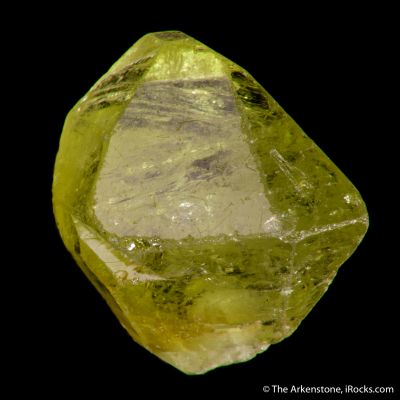 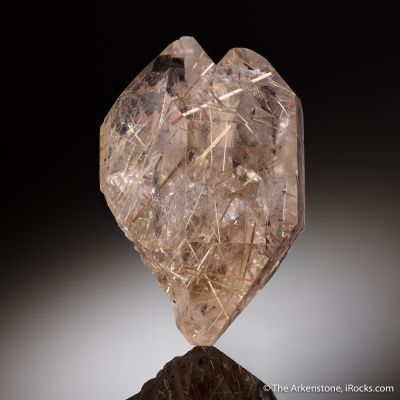 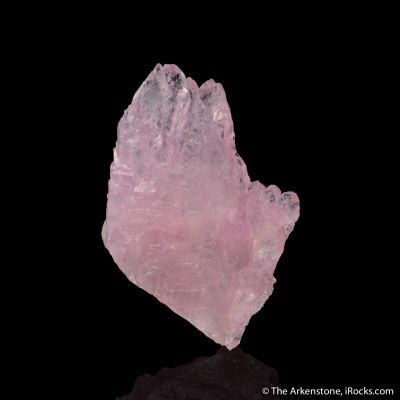 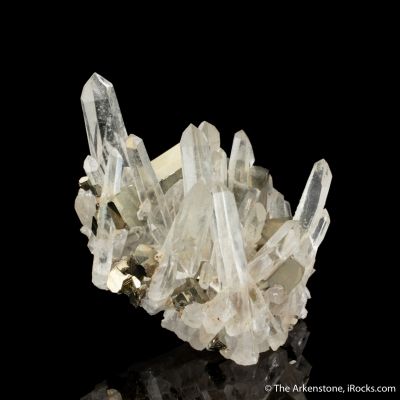 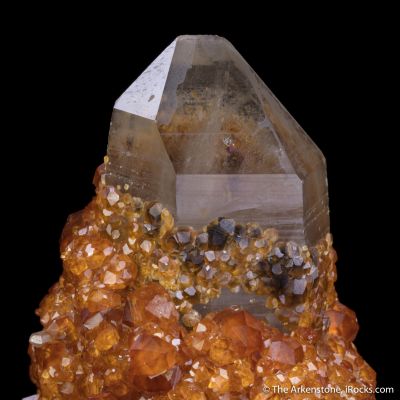 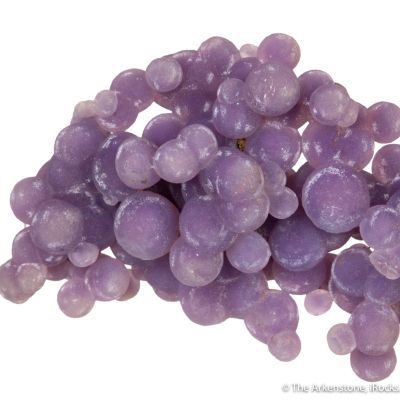 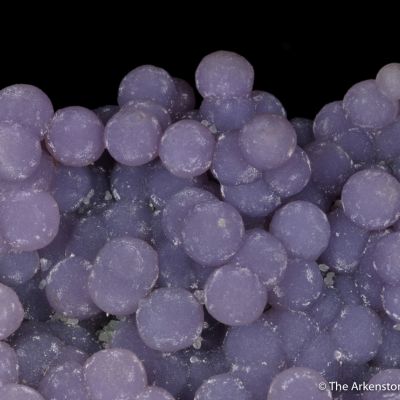 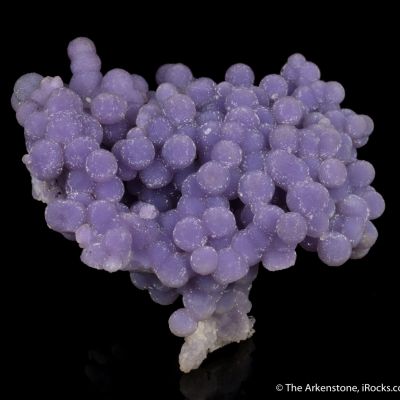 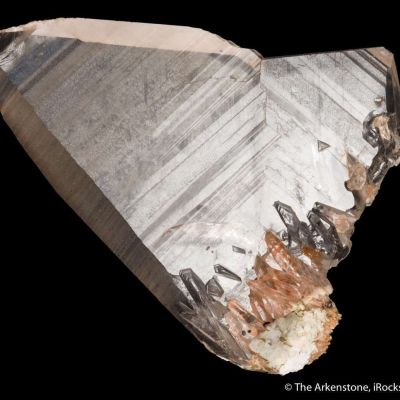 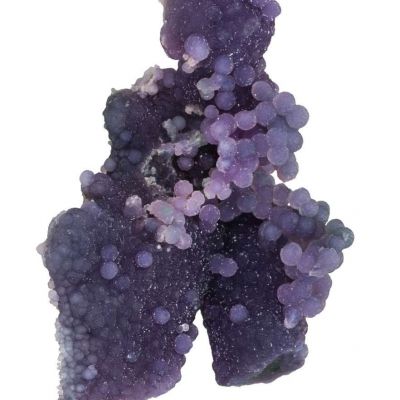 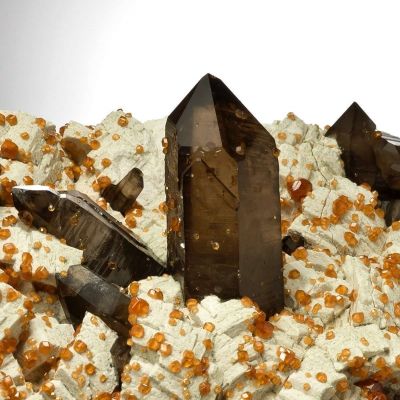 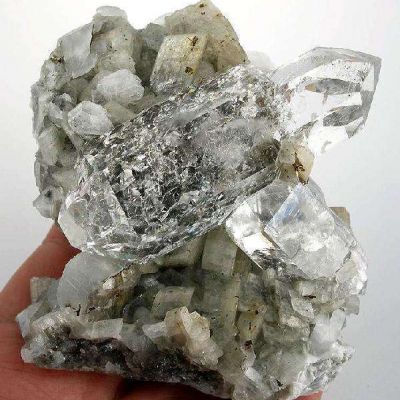