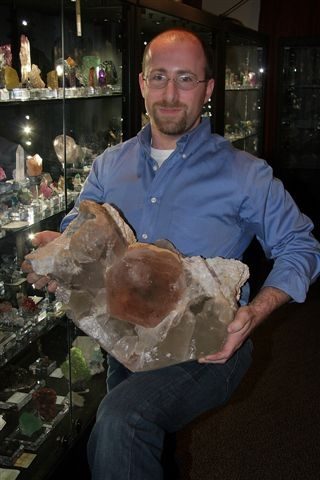 Dr. Robert Lavinsky with a favorite piece, the "Magic Mirror" Morganite from Afghanistan.[/caption]

The History of The Arkenstone and www.iRocks.com

The business that led to this website started small and innocently enough in 1986, when Dr. Robert Lavinsky participated in his first mineral show at the age of 14. With good mentors in the Columbus (Ohio) Rock & Mineral Society, Rob was exposed to the core of the hobby from an early age.

Over time, Rob's childhood hobby grew into a career and the world of minerals grew larger with the advent of the internet to connect local markets into a worldwide society of serious collectors. His love of J.R.R. Tolkien inspired him to name the company after a mythical gem from The Hobbit.

The Arkenstone has been a pioneer of the online mineral world since the mid-1990s and has helped to expand the breadth of this hobby that we love worldwide. Dr. Lavinsky initially pursued a career in academia while dealing minerals on the side. After an undergraduate degree in biochemistry from Rice University, Rob earned his doctoral degree from the University of California-San Diego in Biochemistry and Molecular Genetics (despite bets by many collectors and dealers on whether he would have dropped out early to become a full-time dealer). View Publications.

These fantastic and beautiful specimens of natural history gradually became more significant, and Dr. Lavinsky has been dedicated full-time to mineral dealing since 2000 and now is working with inventory built up over 2 decades of trading around the country and the world. The Arkenstone enjoys a rich history of show attendance and has been participating in the Tucson Show since 1991 (at the TGMS Main Show since 1998, at the Westward Look show since 2004, and adding in the 22nd Street Show in 2018.) We now also participate in some of the world’s largest shows!

The business has been located in Dallas, Texas since 2002 and has the world's most diverse gallery of collectible mineral specimens open by appointment only, with thousands of specimens on display. We have enjoyed continued growth throughout our history and with the synergy and help of friends and collectors, we have grown this field together, resulting in the creation of the annual Dallas Mineral Collector Symposium (link....). Currently Rob serves on the board of the systematic mineralogy project at University of Arizona (RRUFF PROJECT) , on the new Tucson Gem and Mineral Museum, on the advisory boards of the American Museum of Natural History mineral hall and the Rice Museum, and as foreign editor and adviser to the Hunan Museum of Geology. He is also a supporting Senior Fellow of the Mineralogical Record. He has built a personal collection of Chinese mineral specimens over the last 20 years, used for outreach and teaching, which you can learn about at www.chinacrystallinetreasures.com or by visiting the online interactive e-book. 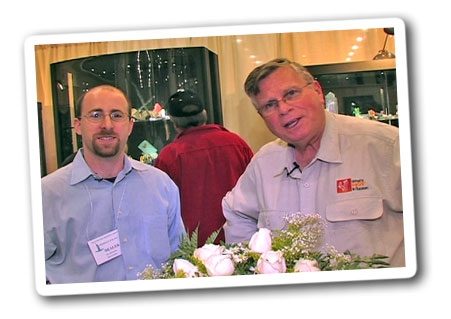 TESTIMONIALS: In lieu of testimonials, we are proud to simply stand on the what our reputation now so evidently demonstrates over the history of our company; that we have been trusted with handling the dispersal of many of the major collections of the last 20 years, and that we are trusted with offering selections purchased, exchanged, or consigned from MANY well-known collections including: