With over 200 years of combined collecting experience, The Arkenstone offers a team of professional mineral collectors to help guide and build your collection. 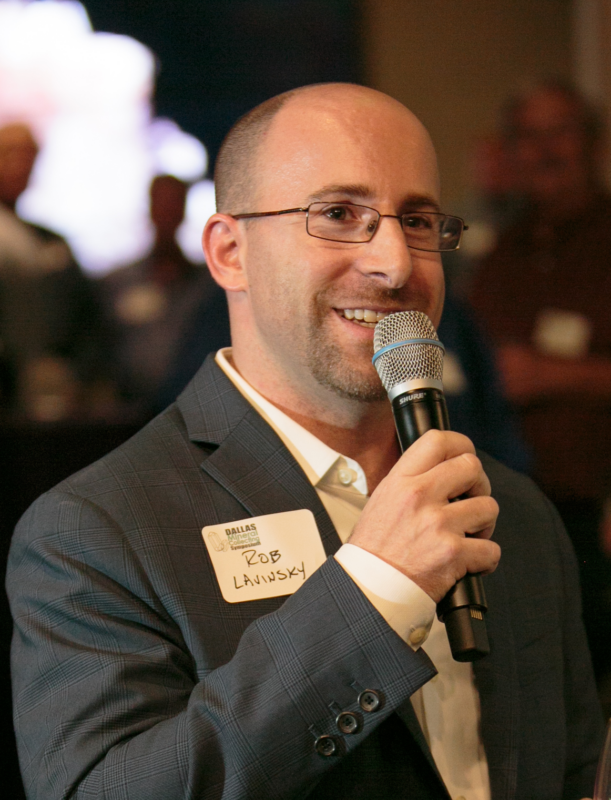 A collector from the age of 12, Dr. Robert Lavinsky first started participating in mineral shows at the age of 14. He initially planned to launch his career in molecular genetics and received his doctoral degree from UC-San Diego, but his passion for minerals led to a career change. Rob realized the potential to move the mineral world online and www.iRocks.com became the first mineral-selling website online in 1996. Since then, he has been a full-time dedicated mineral dealer and recently had a new mineral, Lavinskyite, named after him.

Crystalline Treasures - The Mineral Heritage of China
Lavinskyite
More on Founding the Arkenstone
Dr. Robert Lavinsky - Who's Who in the Mineral World

Kevin’s passion for minerals began when he was just a young child. This passion and knowledge expanded as he field collected and studied geology in college.  Initially collecting fine minerals from worldwide locations, Kevin changed his focus to collecting American minerals exclusively in the late 1990’s.  Kevin's collection of fine American minerals can be viewed in the Texas I and Texas II supplements to the Mineralogical Record.  Kevin and Rob met in the mid-1980s at the Columbus, Ohio show and have been friends and conducted business since Rob was in high school. Kevin, after a long career in environmental remediation and analysis,  was lured to Texas to join The Arkenstone team in 2005.  Bringing extensive business and mineral collecting experience he manages both business operations and the galleries.  In addition, Kevin was the Designer and Construction Manager of the new Arkenstone Galleries in Richardson, Texas.   Kevin’s goal is to ensure a professional and aesthetically appealing experience for all of our clients and friends who visit us in Dallas and at our many trade shows. 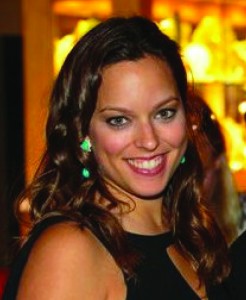 Monica's first foray into the mineral world started shortly after her parents began collecting. She was living in Shanghai using her degrees in Business and Mandarin working in imports when she helped Rob during a mineral show in China, and she gradually became more involved in The Arkenstone's activities in China by assisting in expo planning, client relations, and translating. While she only started with the company in early 2013, she has been quickly learning about minerals and has enjoyed the willingness of others to share their passion for collecting. At The Arkenstone, she also assists with web and print design, directs the Dallas Mineral Collecting Symposium, and runs social media.

Jeff Starr is a geologist, retired Science teacher and soccer coach, now working full time at The Arkenstone. Once he began collecting seriously, much of his focus was on Fluorite for its wide range of colors, habits, and associations, as well as its affordability. As his collecting has matured, his collection has broadened. Aesthetics are the number one priority for him when choosing specimens for his collection.

Karl Warning was exposed to nature, museums and minerals as a child on annual family driving vacations and began collecting/buying specimens when attending the University of Texas at Austin in Petroleum Geology. The mineral collecting disease really took hold when he joined the working world and has not abated since. He started working at The Arkenstone in 2003, permitting him to work every day in his passion. Karl collects aesthetic specimens from world wide localities in the miniature to small cabinet size, with particular emphasis on calcite and pyromorphite. 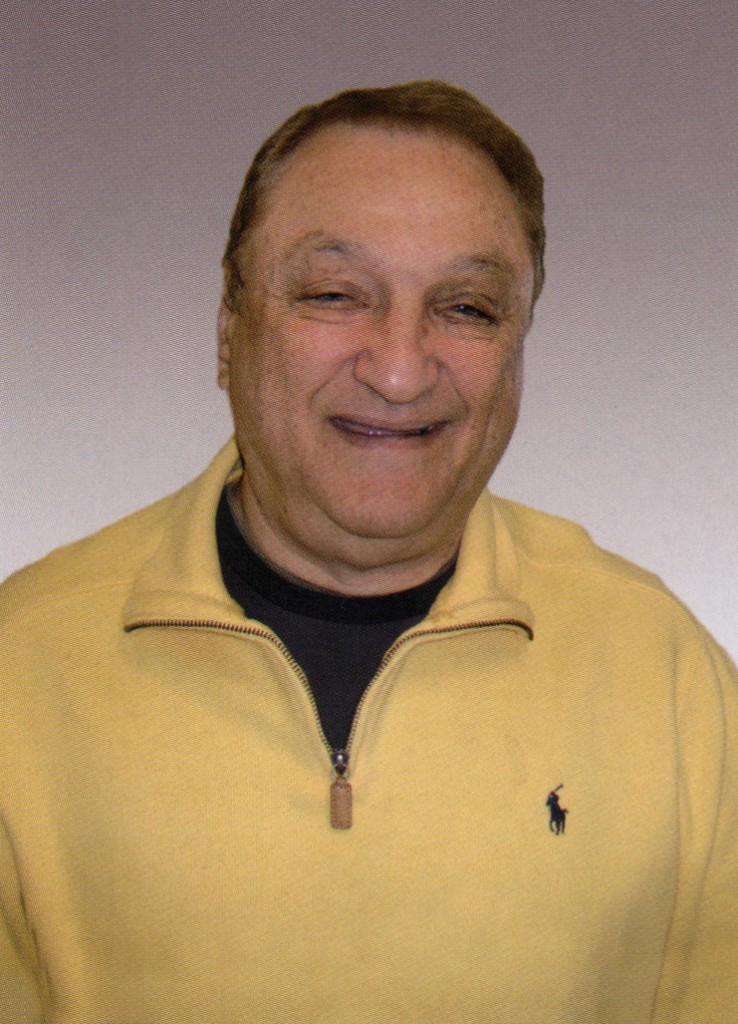 Wally started collecting fine mineral specimens in 1980 shortly after discovering a copy of the Mineralogical Record in a rock shop. He has been a member of the Dallas collecting community since 1981 and has attended nearly 30 Tucson shows. He reads the complete set of Mineralogical Record every year (1971-present) and seems to have a photographic memory for illustrated specimens - several of which he has spotted on our shelves sitting there unrecognized! Worldwide mineral specimens of exceptional quality and aesthetics from miniature through cabinet size comprise his small but select collection. After selling his first collection in 2012, he has been actively pursuing the best specimens he can acquire. Wally is also an avid bibliophile with more than 500 books, mostly antique, on mineralogy. 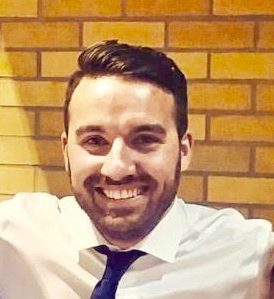 Zach was born and raised in Cleveland, Ohio and moved to Dallas 6 years ago. He had a love for minerals as a child and had a small rock collection and fossil collection growing up. His uncle Kevin (Brown) would send him rocks when he was a kid, and Zach remembers visiting him when he was a teenager and seeing how amazing his collection was. He was just blown away by how many amazing minerals Kevin had. When the Arkenstone needed a new lucite specialist for our custom bases, Kevin asked Zach to come down to Dallas for a job opportunity. He had no idea of the world he was walking into! Zach saw how amazing the gallery was and just how big and small this world was. He saw what this business could become and didn't want to be on the sidelines of something truly amazing. Now, Zach has an addiction to minerals and has about 15 pieces in his growing collection.

Read more about The Arkenstone's Custom Lucite Base services. 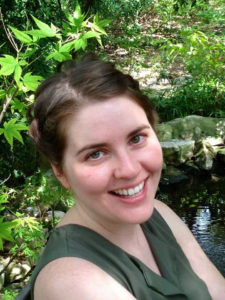 Beth graduated with a BFA in photography from University of North Texas in 2008 and stumbled upon The Arkenstone by chance through friends in 2010. She started as a newbie to the mineral world and has loved expanding her knowledge on a daily basis with her work photographing minerals for Rob. While minerals have not always been her forte, she has always been drawn to a more natural aesthetic and is happiest outdoors exploring nature. If forced to be indoors, she prefers to be doing jigsaw puzzles. 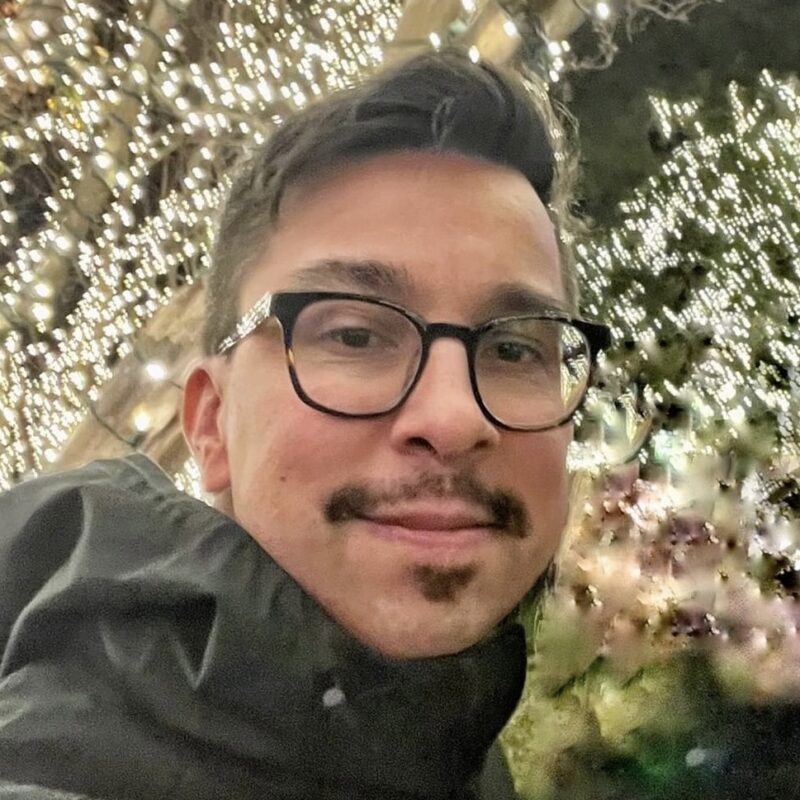 Romo is a native Texan from the DFW area. He is fresh to the mineral world and appreciates the opportunity to be immersed in to this mesmerizing hybrid of natural art dealing and collecting. He's always enjoyed digital photography, and this eventually led to the endeavor of trying to improve techniques for the capture of minerals in flat images.

Romo photographs for our auctions and updates, and he also helps handle social media postings and events throughout the year. Since joining, he's put together a small collection of minerals with a focus on metallics. 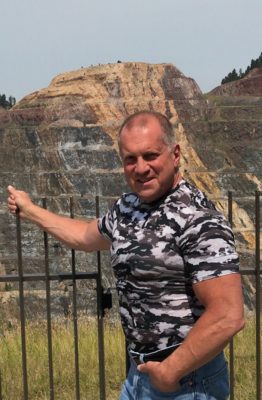 Tom has had a life-long passion for minerals which was fueled by his father, a research chemist, as well as Sandy and Gloria Ludlum of What on Earth, and they helped refine his taste in collecting fine minerals. While working on his graduate degrees at South Dakota School of Mines and Technology, he met his friend and mentor W. L. "Bill" Roberts who furthered his enthusiasm for minerals and mineralogy.

During the course of his research on pegmatites with Bill, he discovered three new minerals (tiptopite, fransoletite, pahasapaite) and co-described eight other new species. Tom also co-authored the second edition of the Encyclopedia of Minerals with Bill along with George "Rip" Rapp, jr. Through the years, Tom has developed additional expertise in the geology and mineralogy of orogenic lode gold deposits, iron ore and various gemstone deposits.

He has over 35 years of experience in exploration geology, mining, and applied mineralogy, and many more as a collector. Tom's attentiveness in fine and rare minerals has been augmented by his long and valued friendship with Rob Lavinsky. He looks forward to being an ambassador to the collector community and advancing the hobby as well as the science of mineralogy. 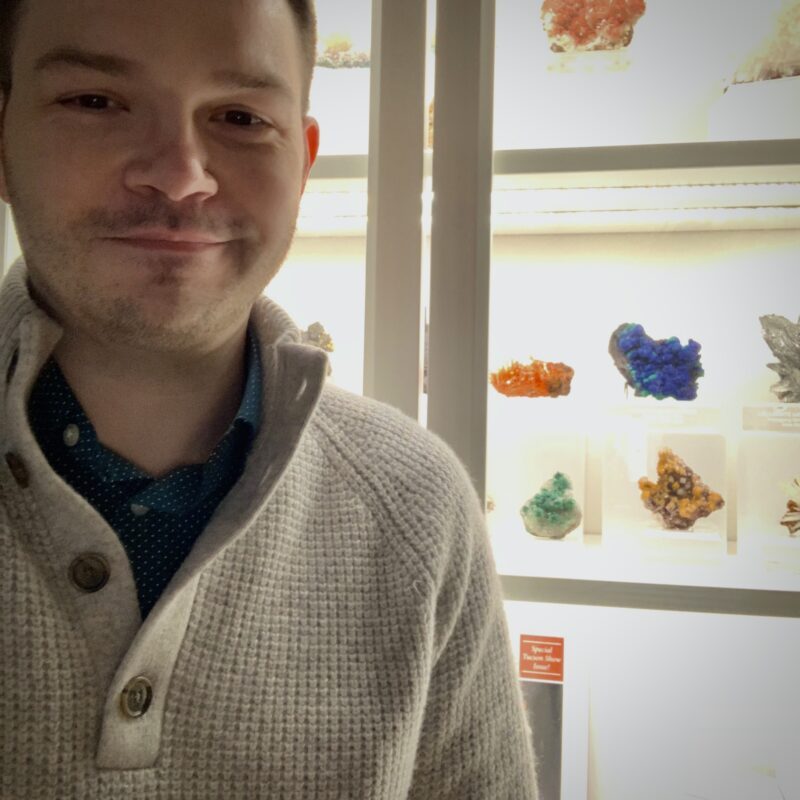 Matt moved to Dallas from Atlanta, GA and joined the Arkenstone team in early 2020 to help better serve our growing online customer base with a special focus on social media management and web sales. He has collected minerals in some capacity since he was younger, but recently narrowed his collecting focus to the Pyromorphite-Mimetite-Vanadinite series of minerals, with particular stress on overall quality and aesthetics. He also enjoys mineral photography and occasionally contributes photography work for some web updates and auctions. 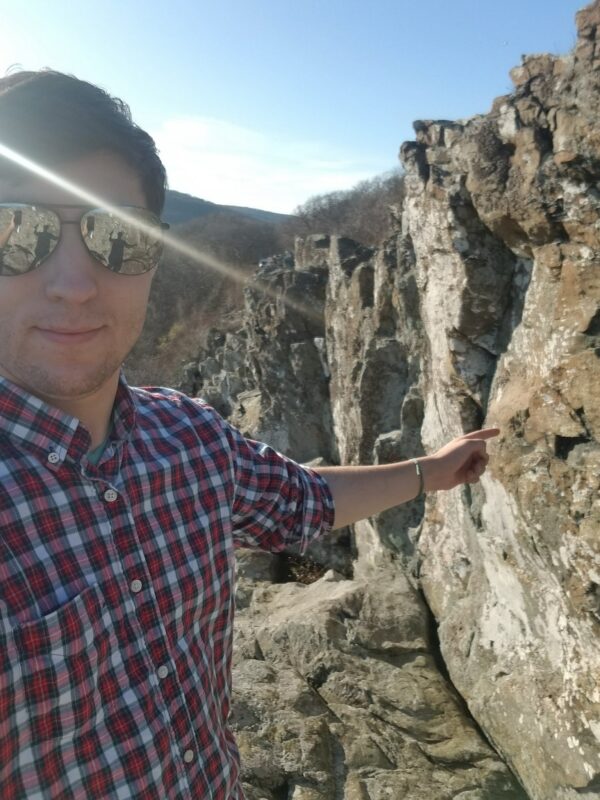 Alex relocated to Dallas from the Washington, D.C. area at the beginning of 2021 to join the Arkenstone team and assist with our growing online customer base by supporting our web sales and auctions teams. He's had a mineral collection since he was a young child, but started seriously collecting minerals in the past five years, thanks to his Geology studies at Beloit College. His collection focus is mostly on fine worldwide thumbnails, with an emphasis on minerals with exceptional provenance -- such as ex museum specimens. He also collects minerals from Hardangervidda, Norway, in particular, Quartz with Anatase. Check out the blog post he authored for the Wisdom Pocket Blog about this locality!