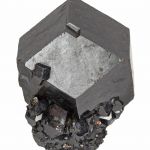 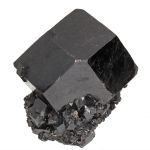 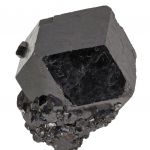 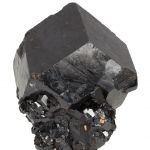 A magnificent, shiny black, sharply formed andradite garnet measuring 6 cm in maximum dimension sits atop a rich cluster of smaller garnets. This monster dodecahedral garnet is almost jet black (with maybe a hint of reddish tint) with great luster. Each face shows subtle growth hillocks on the surface that add a visual subtle complexity to the otherwise simply symmetry. The large garnet is nearly perfect save a ding on the backside, and a little edge wear. It is so far beyond the rest of these that I have seen, it is another planet. This looks like a carving made of mahogany wood , from a textbook illustration of what a garnet SHOULD look like. It is spectacular in form and symmetry, and just leaps out as you look at it, in three dimensions. It is NOT just another garnet, but really a specimen with such symmetry that you want to pick it up and hold it. Ex. Paul Zerfass collection with label. 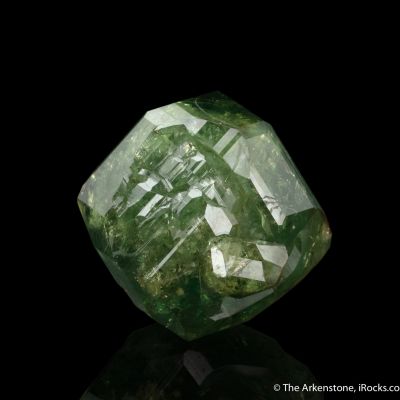 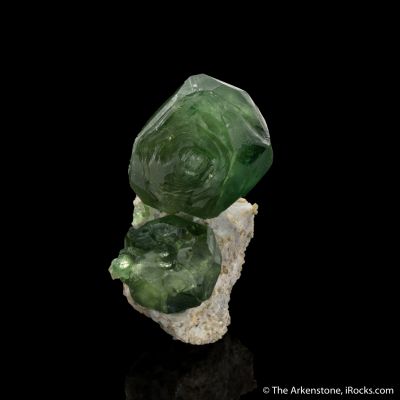 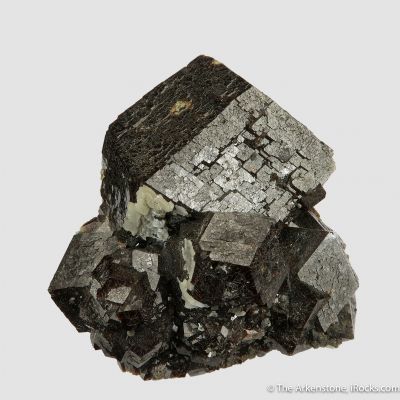 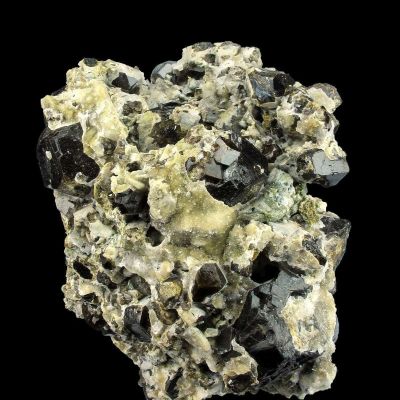 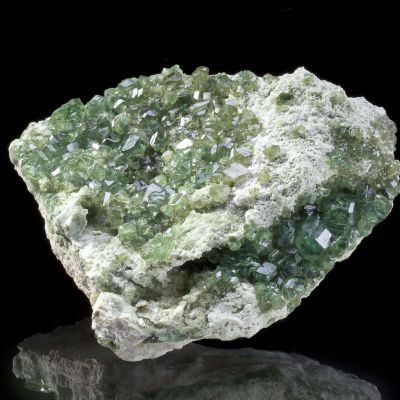 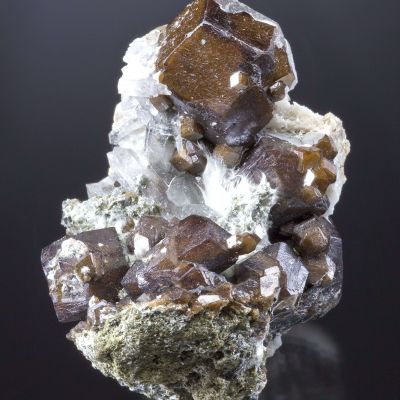 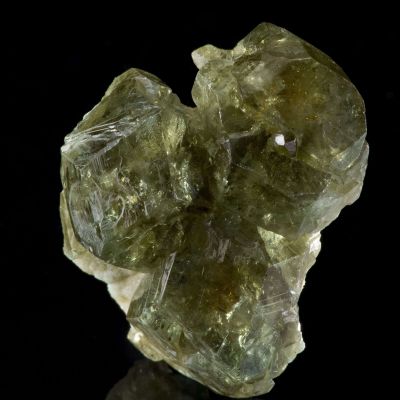 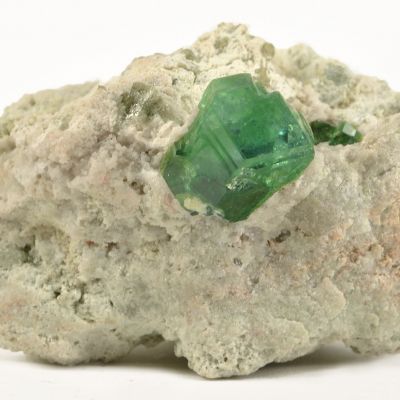 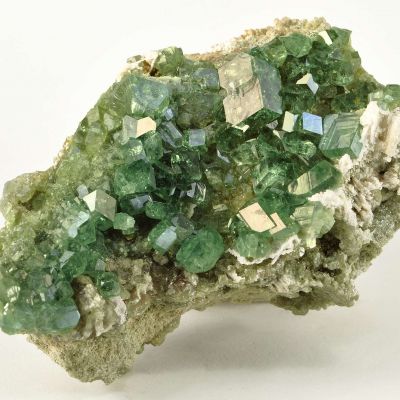 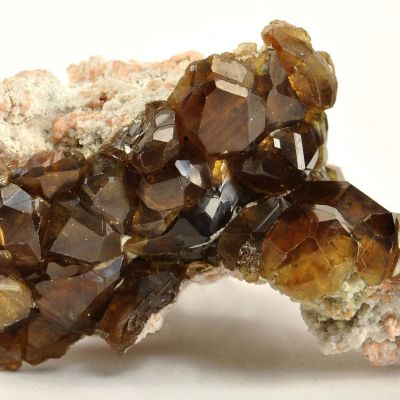 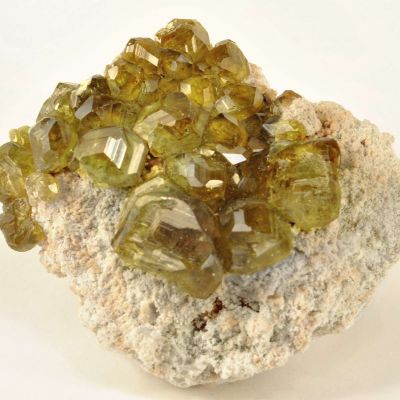 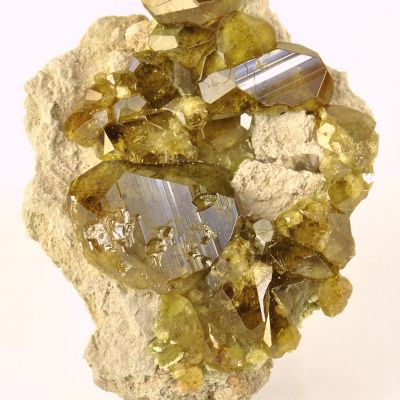 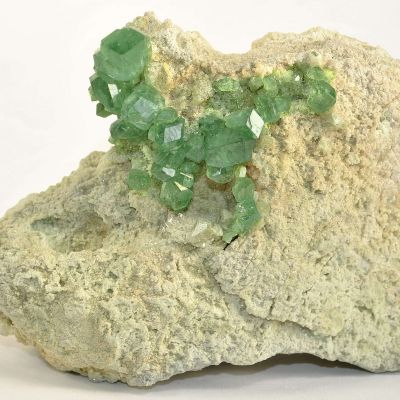 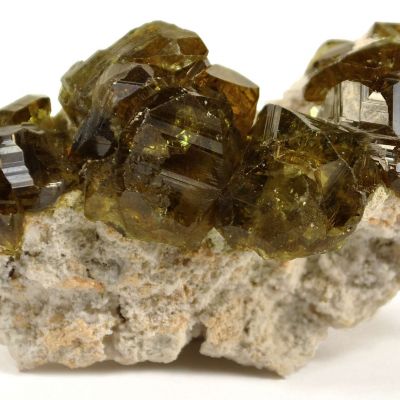 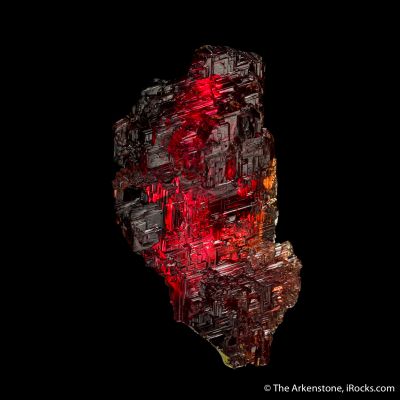 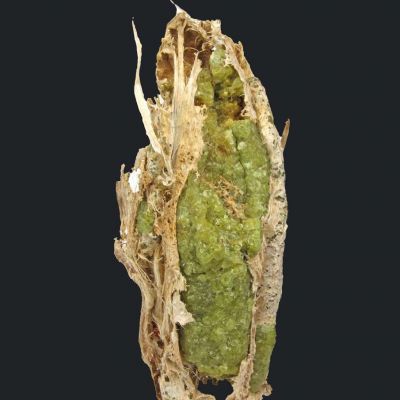 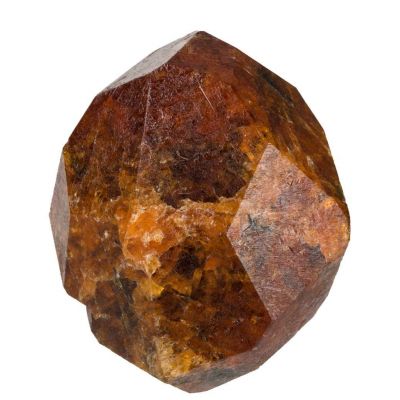 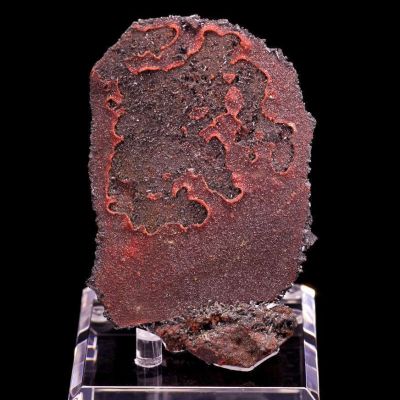 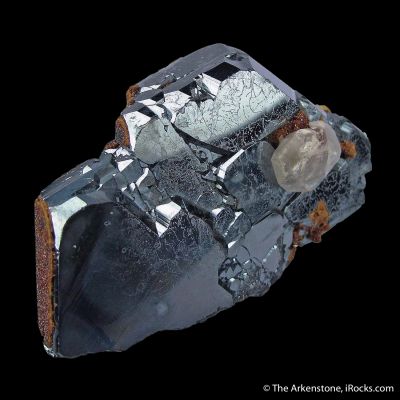 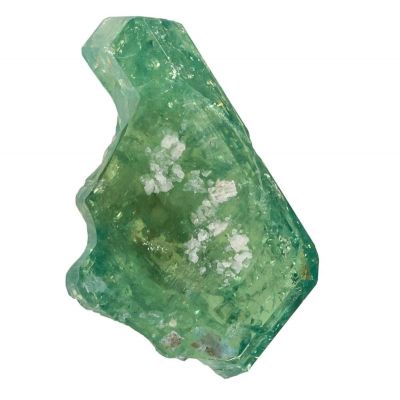