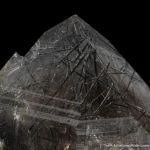 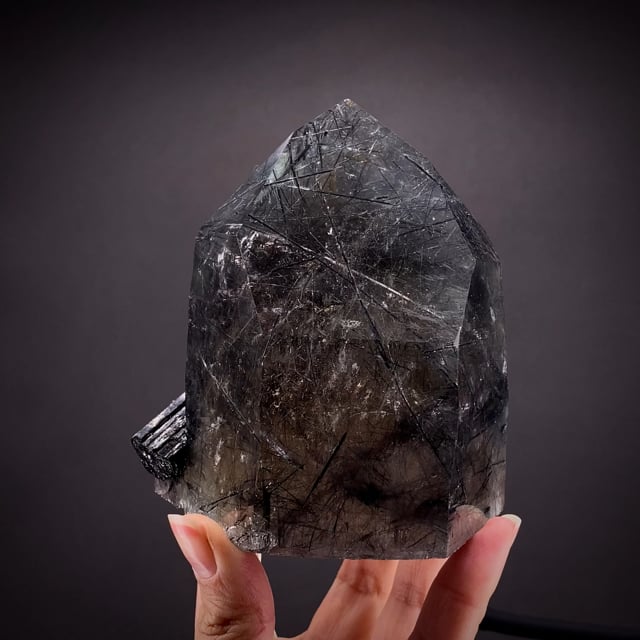 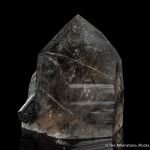 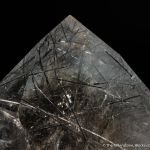 An imposing, nearly four and a half inch tall, very glassy and slightly smoky Quartz crystal is shot through with jet-black Schorl needles from top to bottom. Brazil has always produced a variety of attractive Quartz-Tourmaline specimens and these Tourmalinated Quartz pieces are noteworthy for the visual contrasts they produce. The big Quartz crystal is bristled with hundreds of black, randomly oriented Schorl crystals, of which a few actually peek out of the crystal faces. The Quartz crystal itself is incredibly lustrous with the prism faces displaying subtle horizontal striations while the pyramid faces are mirror-like. The interior of the Quartz crystal is largely transparent so all of the Schorl needles can be seen and there is a slightly cloudy area off to one side. On the left side of the piece there is a thick, black, over three inch Schorl crystal that grew in between the large crystal and smaller one to add interest and contrast(although incomplete on both ends). This is a dramatic display piece that looks even better with just a little back lighting. 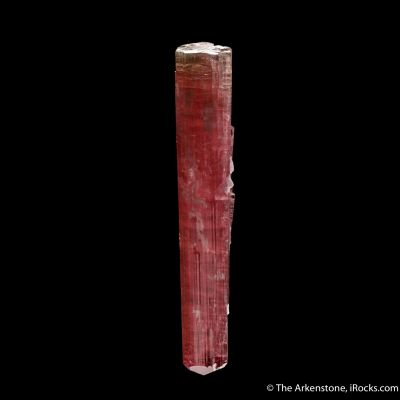 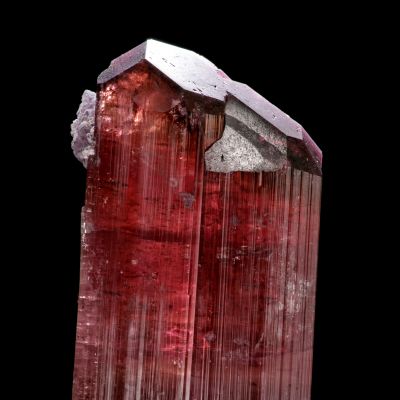 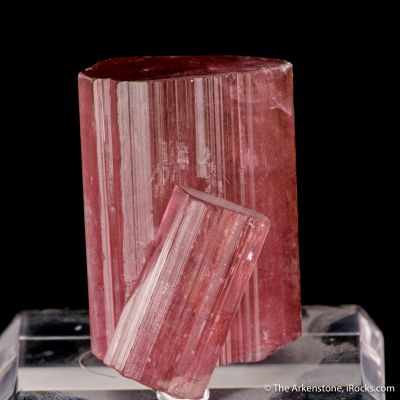 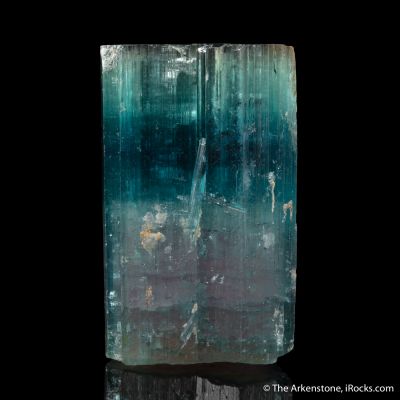 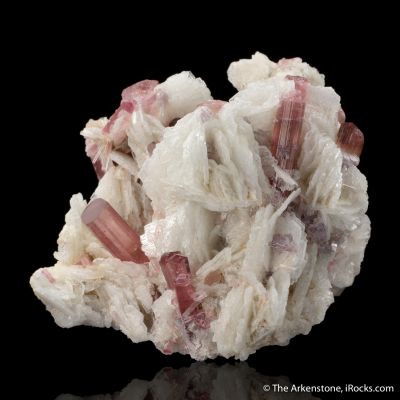 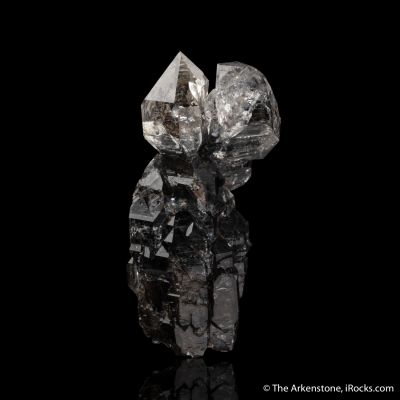 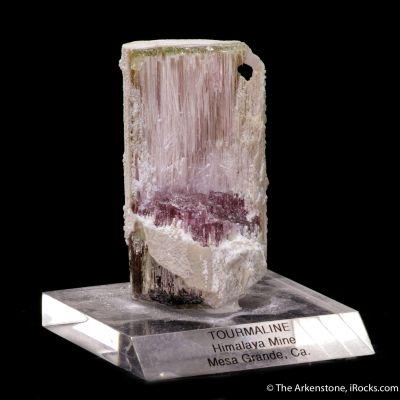