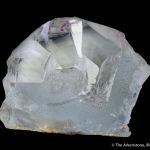 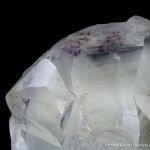 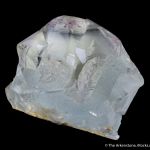 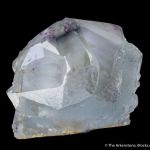 Gorgeous, pale blue-green, completely transparent, intricate fluorite specimen consisting of at least three large complex intergrown and twinned crystals. Forms are difficult to discern but consist of at least both the octahedron and cube forms of this species, with a dramatic interpenetration twinning reminiscent of old (smaller-sized) material from Naica in Mexico. The overall appearance has created textured surfaces contrasted with other faces that are smooth and lustrous, resulting in a contrasting, artistic patterns that only nature could produce. Tiny (1-3mm), purple, two-dimensional inclusions occur locally in patches just beneath the surface of the crystals generating or highlighting what appears to be a very discontinuous zone or phantom within. The back of the piece is flat where it grew against another large, unknown crystal (probably against a disc-shaped calcite), and so it is complete 360 all around. The base is covered in fine, cream colored, bladed aggregates of calcite. A stunning and simply beautiful cabinet fluorite specimen from the Yaogangxian Mine, unlike ANY other we have seen. This is from a small find of 2018. Photos cannot do this three-dimensional item justice. It is truly mesmerizing in person. 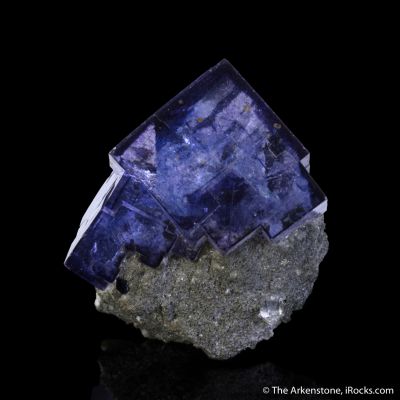 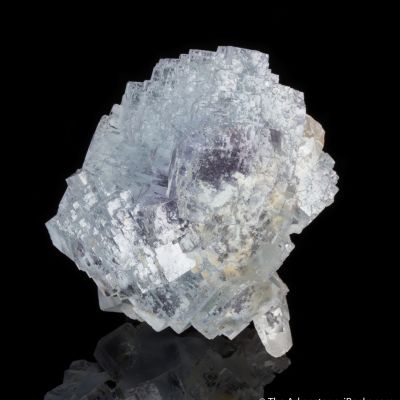 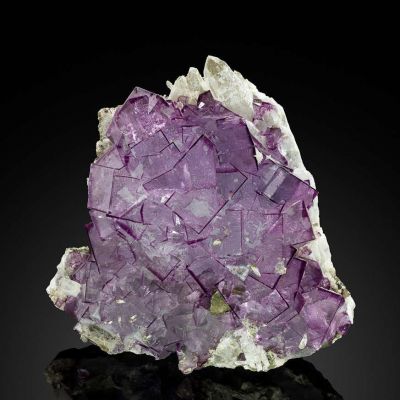 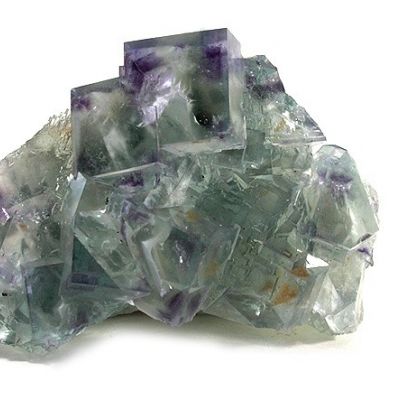 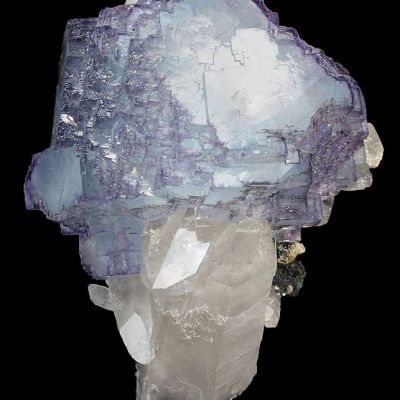 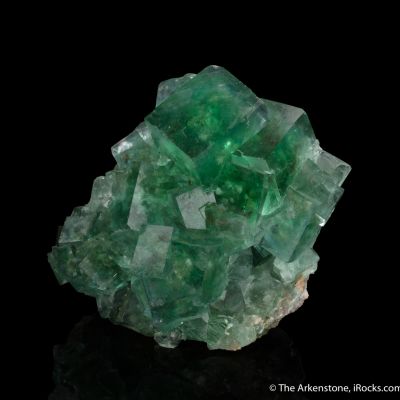 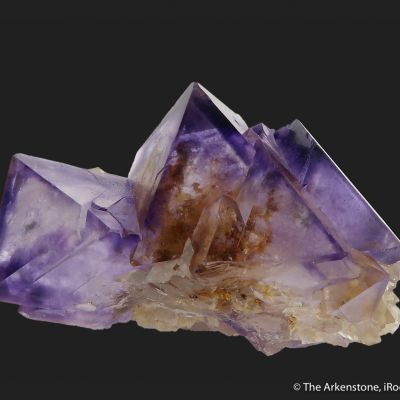 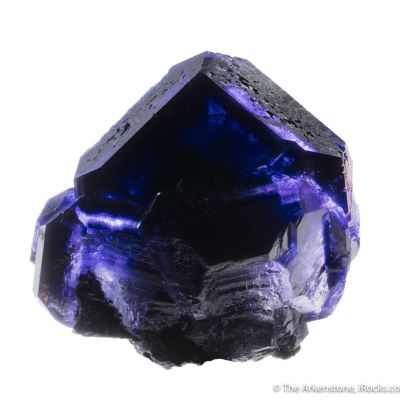 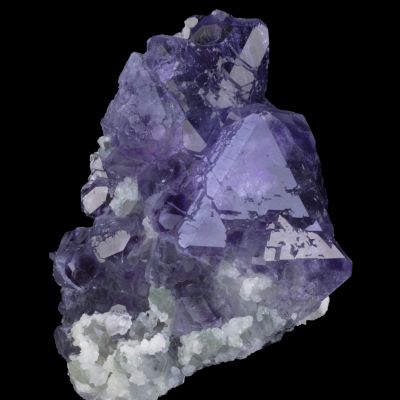 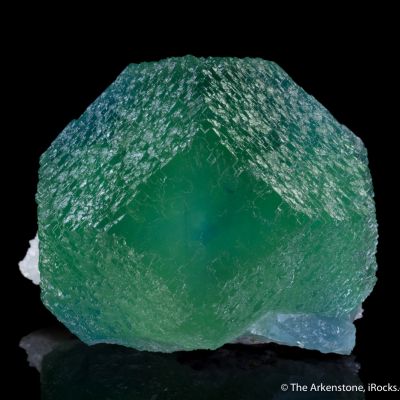 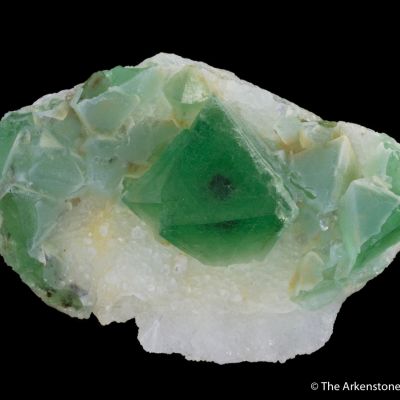 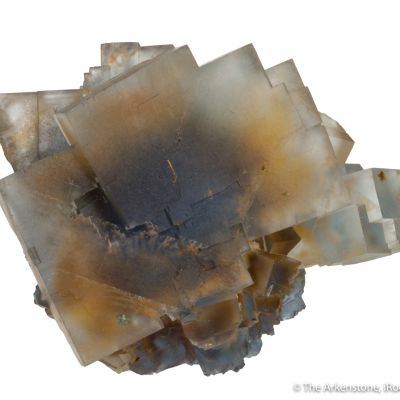 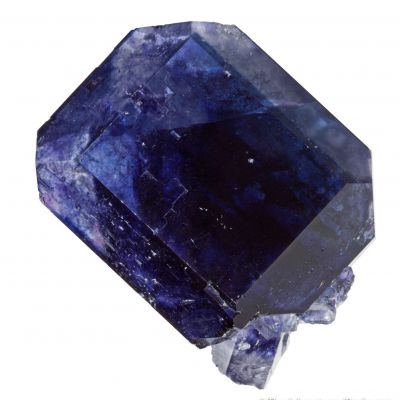 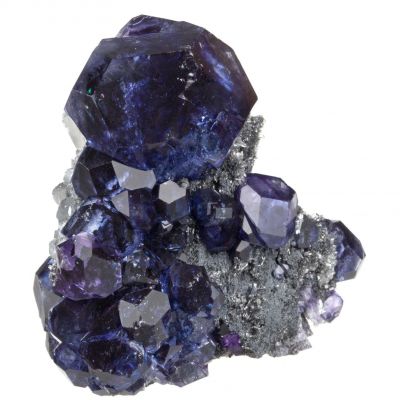 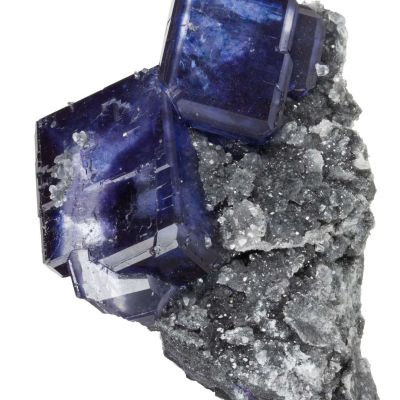 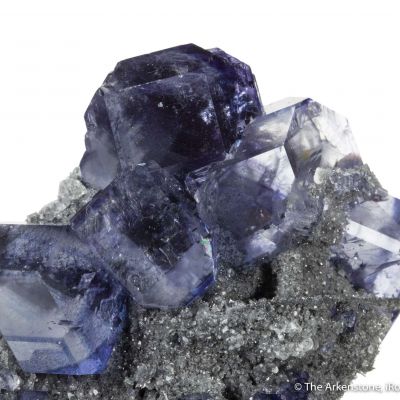 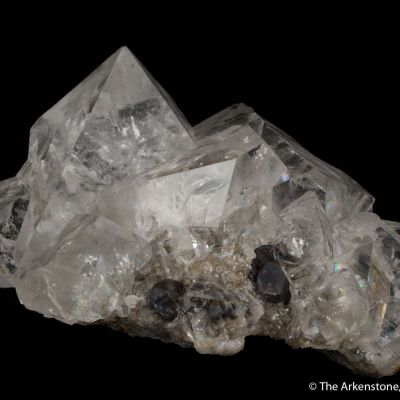 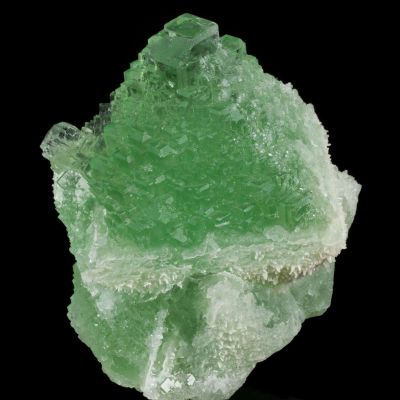 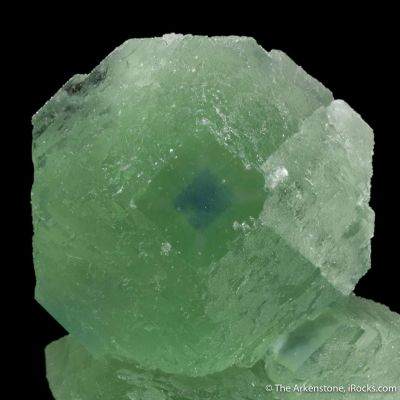 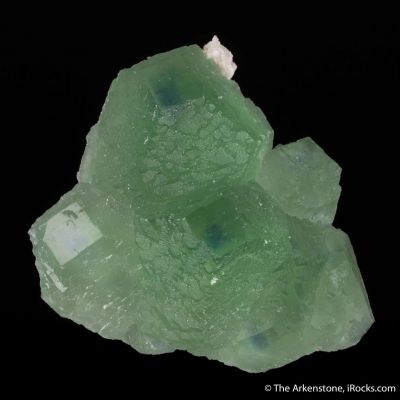