Though the true joy for most rock and mineral collectors is the discovery of specimens they find interesting or attractive, it's also important to understand the qualities and standards which define the value of your specimens. The creation and display of a beautiful and aesthetically pleasing collection is paramount to the hobby, and it's important to familiarize yourself with the characteristics and qualities which differentiate the ordinary from the extraordinary.

The physical characteristics of all rock and mineral specimens are determined by their chemical composition, formation, and place of origin. For those interested in beginning or expanding their gemstone and mineral collections, the information included in this glossary will help you recognize some noteworthy rock and mineral qualities and characteristics, as well as their most common descriptive terminology. 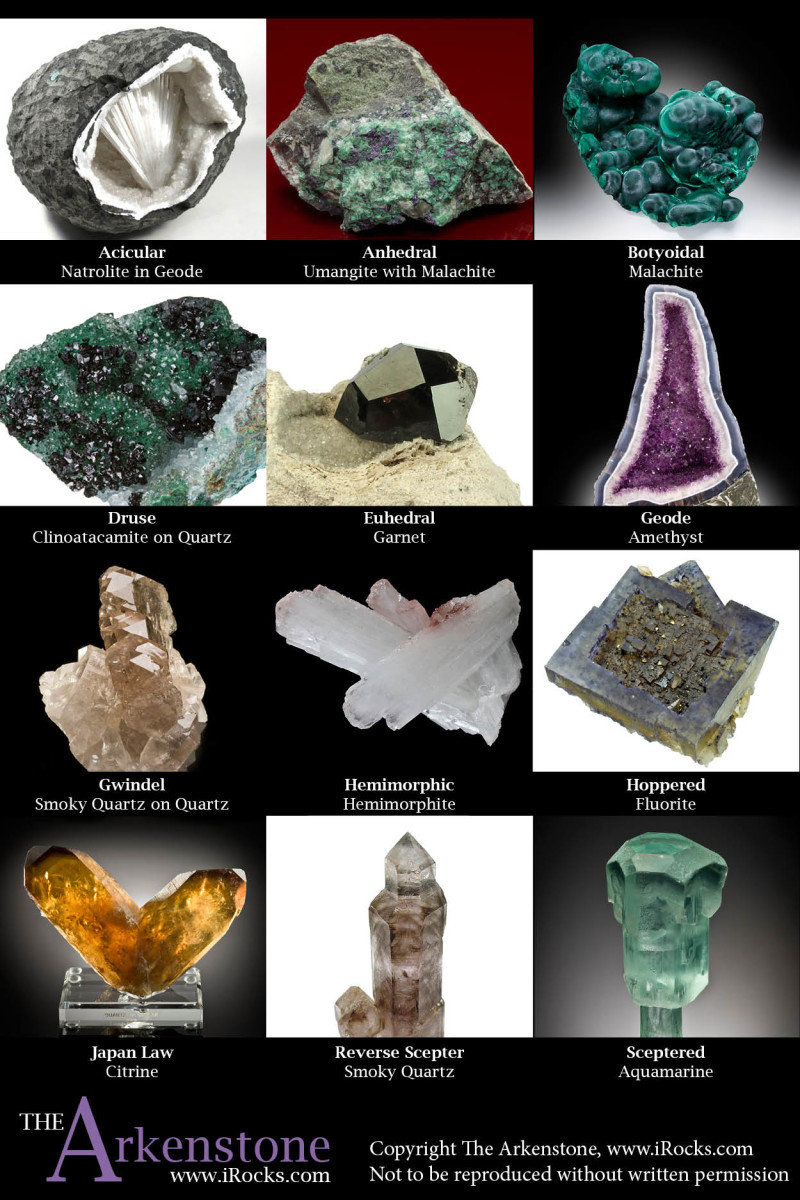 For more helpful information on terminology and standards relevant to the beginning collector, feel free to browse our related articles – or contact the experts at iRocks, today.