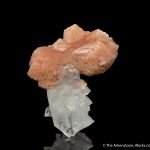 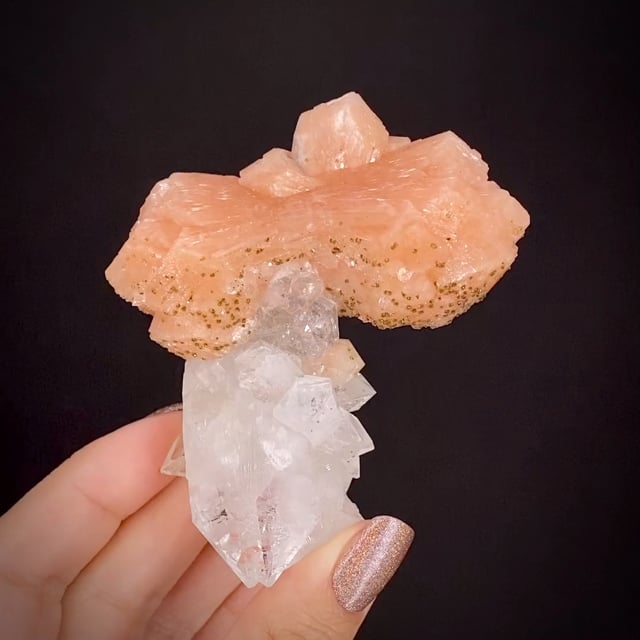 Classic combination specimen from the basalt trap rock quarries of India featuring a Fluorapophyllite crystal cluster with a Stilbite bowtie! While common in general, this is really a special piece - more beautiful and sparkly than most. The Fluorapophyllite is glassy, transparent to translucent and composed of several dipyramidal prismatic crystals with the largest measuring a whopping two and a quarter inches in length and almost an inch in width! The Stilbite bowtie is stout and measures two and a half inches in length and one and a third inches across at the widest point and there are several small Stilbite crystals in the middle of the bowtie to enhance the overall composition of the Stilbite. Color is a pink-peach and the Stilbite is accented by numerous, tiny (<0.5mm), olive green Celadonite crystal clusters some of which occur as inclusions in a late generation of <1mm, transparent Fluorapophyllite crystals. Under the microscope, the Celadonite crystals are distinct sprays of acicular crystals. Being able to see recognizable Celadonite crystals on specimens from Jalgaon or any of the Indian trap rock quarries is very rare which gives this piece added interest to the already great composition of this combo piece! 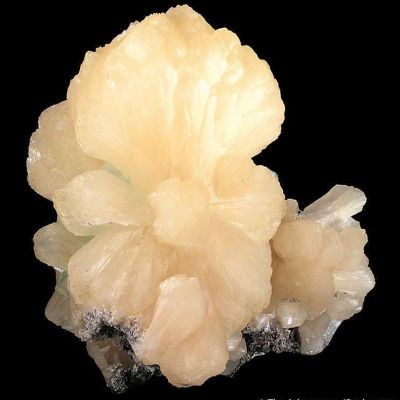 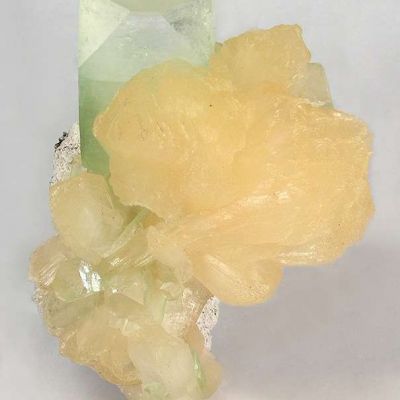 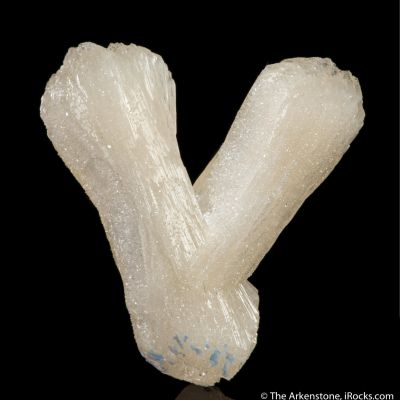 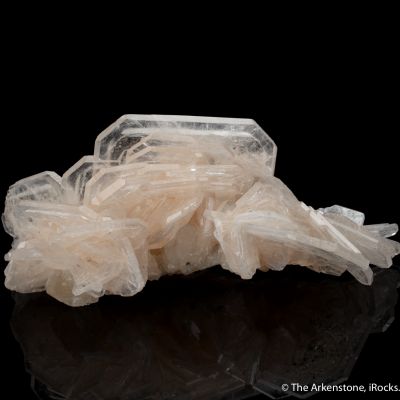 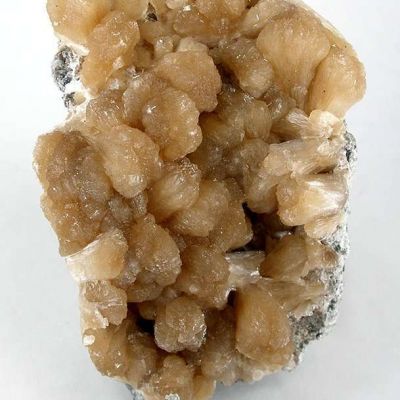 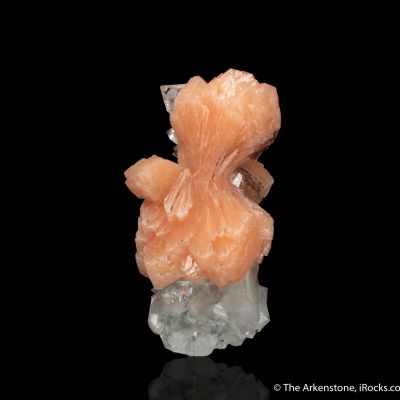 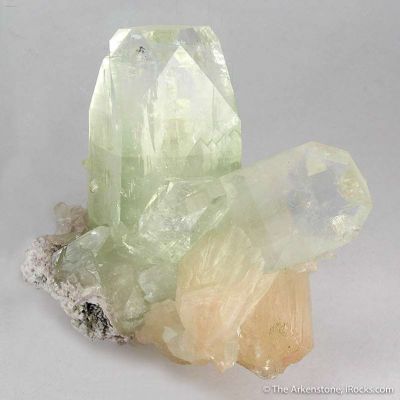 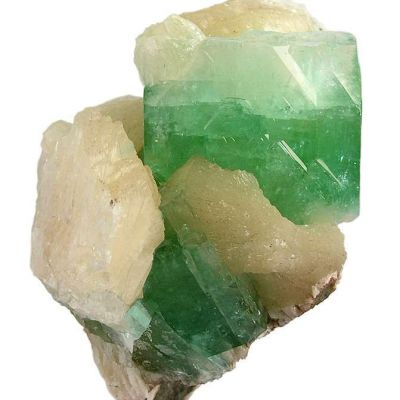 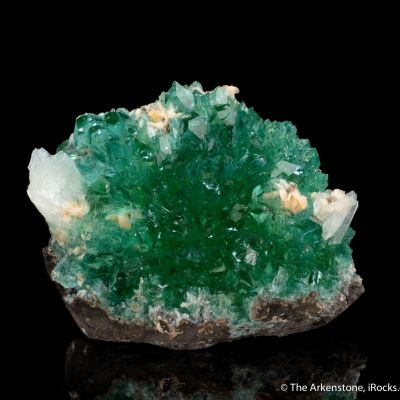 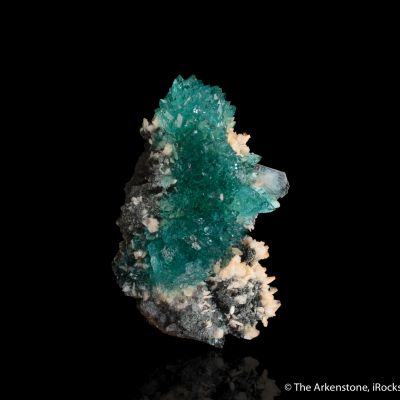 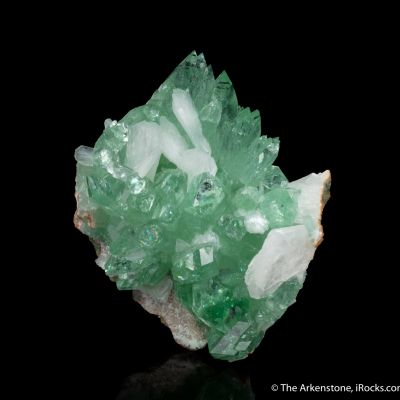 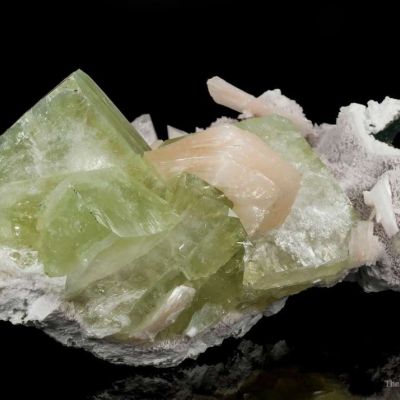