The history behind Emeralds is filled with royalty who’ve sought the precious gemstone for its rarity and eloquent beauty. Emeralds come from the beryl mineral family and are renowned for their deep green to greenish-blue color. In fact, many modern gem collectors regard Emeralds as the top of the “big three” of colored stones, including Rubies and Sapphires.

Throughout the history of civilization, Emeralds have held their status as one of the most valuable colored gemstones. From Asia to Africa, and uniquely South America, the Emerald has inspired impressive statues and jewelry pieces worn by some of history’s most prominent figures and powers. 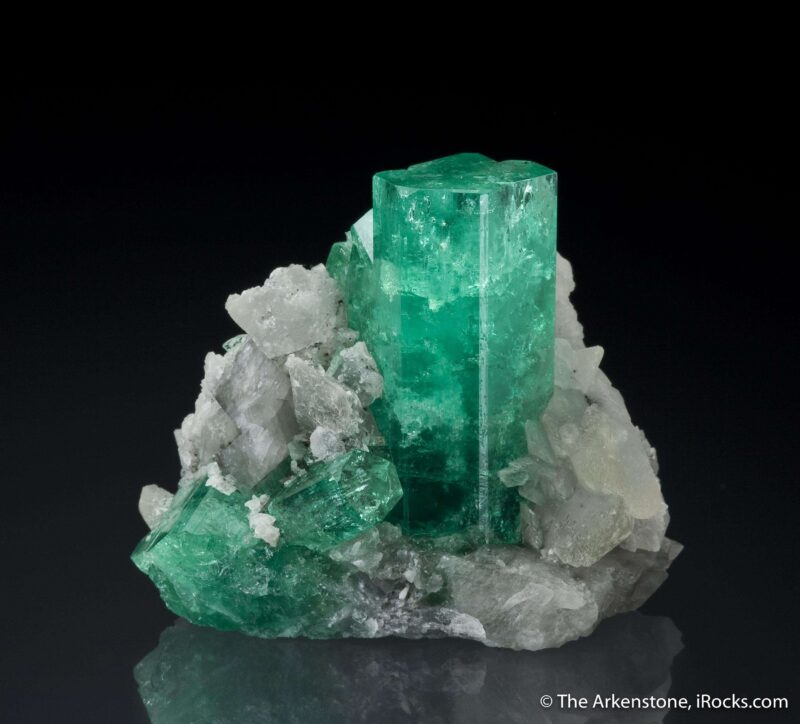 A History of Royalty

The Emerald is one of the world’s earliest mined precious stones with many references found throughout history. The oldest known book in the world, The Papyrus Prisse, at over 4,500 years old mentions Emeralds in a passage about pursuing wisdom. Saying, “But good words are more difficult to find than the emerald, for it is by slaves that it is discovered among the rocks of pegmatite.”[1]

Some scholars believe this passage is in reference to the emerald mines of the Ptolemaic Egyptians. In fact, the oldest known mines in the world served Pharaoh Cleopatra, dating back to at least 300 BC.[2]

Emeralds were the preferred gemstones for crowns, amulets, and staffs in many of the world’s great civilizations. One record by Rome’s Pliny the Elder tells the story of Nero, the last emperor of Rome, using a monocle with an Emerald lens to watch the gladiator games.[3] The emperor was known for having poor vision, and the soft green colors of the emerald relieved the weariness in his vision.

The fifth Mughal emperor, Shah Jahan also used over 250 pounds of Emeralds to decorate the white marble walls and peacock statues of the Taj Mahal.[4] The Emeralds used in the Taj Mahal were inscribed with sacred texts, titles and names of the Mughal rulers.[5] Yet, the distinction of “the most treasured jewel in Indian history” goes to the Taj Mahal Emerald, an emerald weighing 141.13 carats and engraved with lotus and poppy flowers.[6]

Emerald - Muzo Mine, Boyaca Dept., Colombia • iRocks.com item GEM19-20 • We just posted dozens of new pieces for sale on iRocks.com! Visit the link in our bio to shop this piece and other little treasures. While emeralds are found in several localities around the world, Colombians are still held to a higher prestige. This emerald specimen exhibits an intense, neon-green color saturation. The color is literally shocking and can be seen from across a room. The larger crystal, measuring 2.5 cm in length, is translucent throughout and capped by a 2 mm thick, clearer area at the termination. The mass is 19 grams. The coloring on this just doesn't quite come out right on video... check the photos on iRocks.com for color-corrected images. Click the link in our bio to view pricing, photos, and more details!

The Surprise of Emeralds in The Americas

One legend believes the statue was a giant emerald the size of an ostrich egg that hosted the spirit of Goddess Umina.[7] The egg and flower bell carvings were presented as her daughters when they sought her guidance.[8] When the Spanish traded what they’ve found for other precious metals, it helped peaked the curiosity of European and Asian powers into the Americas.

The United States has also enjoyed a recent history of mining for Emeralds in North Carolina. The first North Carolinian Emeralds were discovered in 1875 by farmers in the area. So far, 5 major deposits have been found in the state, including the Rist and Ellis mines in Alexander County and the Crabtree mines in Mitchell County. Today, thousands of rockhounds visit the mines to try their luck at one of the world’s most important precious stones.

Emeralds have mesmerized powers and civilizations throughout history. Their deep green color has inspired many legends and works of art, and is often regarded as one of the most sought after stones in history.

Recently, significant finds of emerald have been mined in Ethiopia, nar Kenticha, Oromia. The country has also been a significant producer of fantastic color-play opals this century. While most of the material is rather cloudy and included by biotite, there have been some beautiful cut stones that have emerged as well as rich green crystals. 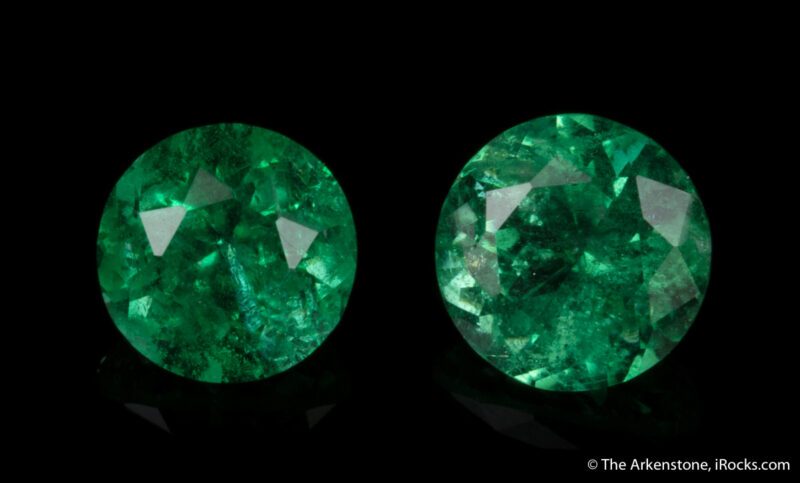 Want to see these rare crystals and gemstones in person? We’ve recently updated our galleries with many impressive specimens from around the world. You can find our latest collections here. Also, don’t miss our listings for our rare rock and mineral shows. We’d love to meet with you and talk about the specimens in our collections!

[6] Courtney S. “Former Incarnations: The Secret Lives of Objects in Treasures from India”. The Metropolitan Museum of Art. http://www.metmuseum.org/blogs/now-at-the-met/2014/former-incarnations-treasures-from-india