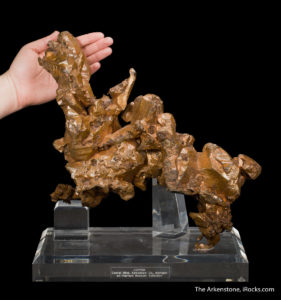 This significant copper (over 26 pounds!) on custom base was in the Harvard Museum for decades.

The oxide group of minerals include naturally occurring compounds where oxygen is combined with one or more metals such as iron, manganese, aluminum, chromium, titanium and copper. This major group of minerals is known for their distinct physical properties that include high hardness and density, moderate to high luster, and are refractory. Most oxides are very stable in most geologic conditions as well as in the surface environment. They are found as primary minerals in igneous, sedimentary and metamorphic rock types and can be a major component of the rock or may be just an accessory mineral. Many oxide minerals serve as major ore minerals of economic importance, and some as significant gemstones!

Oxide minerals are very diverse, encompassing a wide range of mineral species ranging from more common minerals such as Hematite, Corundum, Cuprite, Chromite, and Rutile to relatively rare species such as Franklinite, Chrysoberyl, Tantalite-(Fe), and Perovskite, all with varying physical properties and chemical compositions. Oxide minerals can be generally classified into two distinct groups: simple oxides and multiple oxides. Simple oxides include those species in which oxygen is combined with one metal as in Corundum (Al2O3) and Cuprite (Cu2O) whereas multiple oxides have two or more metals combined with oxygen like Ilmenite (FeTiO3) and Spinel (MgAl2O4). Although technically oxides, Ice and Quartz are categorized differently due to their unique qualities.

As a result of their diversity, general convention limits the classification of oxides as non-complex minerals which are characterized by mostly ionic bonding of oxygen to the metal cation. Physical properties of oxide mineral specimens can vary greatly, but most of them have high hardness in common such as Corundum, Spinel and Chrysoberyl which exhibit a Mohs hardness of 8 to 9. Many are opaque and submetallic like Magnetite, Hematite, Ilmenite, Columbite-(Fe) and Uraninite, to those that are translucent to gemmy such as Spinel, Corundum and Chrysoberyl that can constitute precious to semi-precious gemstones! 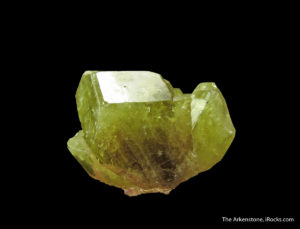 Espirito Santo in Southeast Brazil is home to some of the world’s most classic chrysoberyls.

Oxide minerals can also vary greatly in color, form, and appearance. Some (for instance, Hematite) have almost a metallic luster, while others (such as Chrysoberyl) form as gemstones. Due to the environment of their formation, it is quite common for several species of oxide minerals to be found in close association. For example, deposits of Ilmenite, Magnetite, and Rutile may be found in locations where Hematite is also present. Several species of oxide minerals are also quite useful for industrial purposes, and hold significant economic value. These include chief ores such as Hematite and Magnetite (Iron), Chromite (Chromium), Manganite (Manganese), Cassiterite (Tin), Ilmenite and Rutile (Titanium), Franklinite and Zincite (Zinc). As precious gemstones, the highest quality gem Corundum (ruby in particular) can command some of the highest prices of any precious gemstone, even more than diamond!

Notable oxide mineral localities for specimens (sometimes in economic concentrations) include the Isle of Elba in Italy and the Kalahari Manganese Field in South Africa for fine and large Hematite crystals; Burma Stone Tract in Myanmar (Burma), Yenbai Province in Vietnam, and the gem gravels of Sri Lanka for stunning gem Corundum (ruby and sapphire) and Spinel; the historic zinc deposits in New Jersey, USA for Franklinite and Zincite; and Mount Kapudzhukh, Armenia and Graves Mountain, Georgia for world-class Rutile crystals. 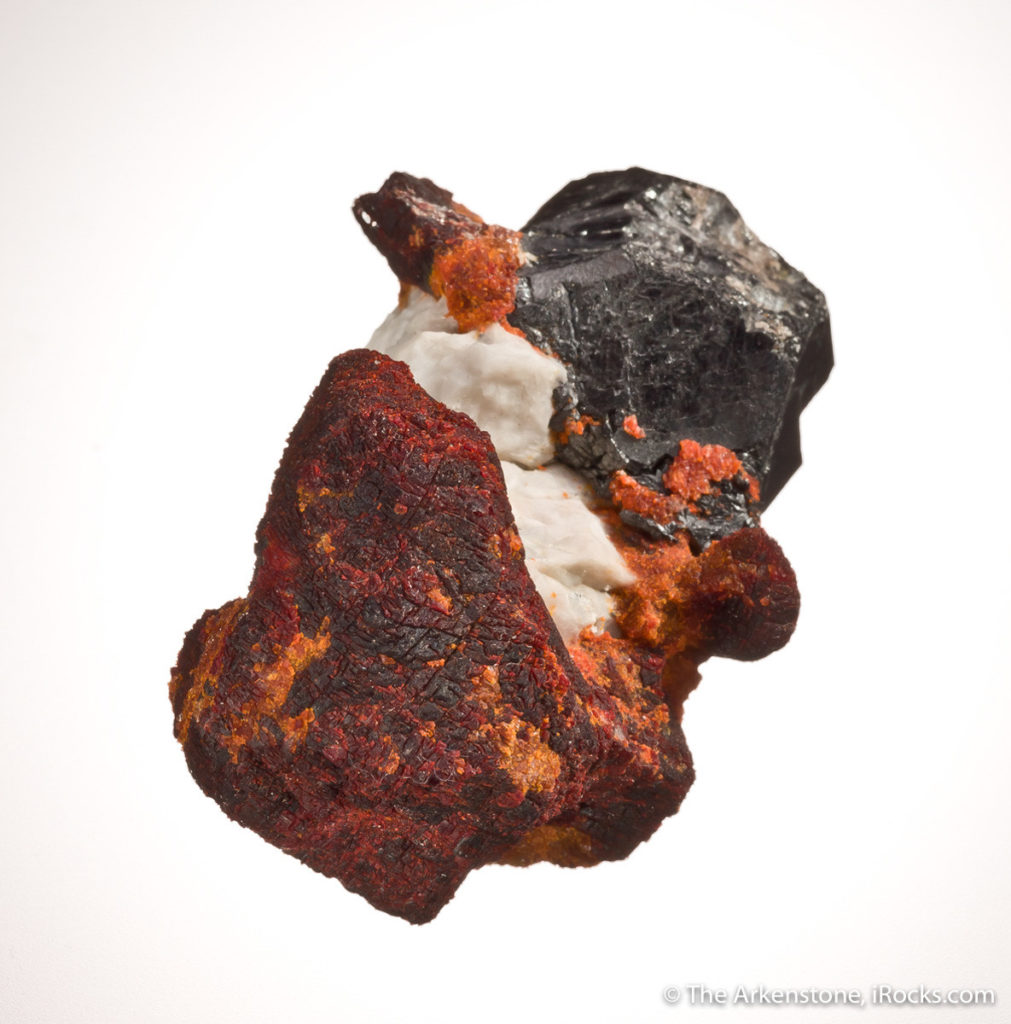 This rare zincite with franklinite from Franklin, New Jersey, was found in the late 1800s or early 1900s.

Because of their unique qualities, most oxides are very stable and survive into extreme geologic and environmental conditions and can be concentrated into significant economic concentrations when they weather out of rock and form placers such as ilmenite-rich sands that are mined for titanium. Oxide group minerals are generally stable under normal storage and display conditions, but the same care and considerations given to other minerals in your collection should be followed with the oxides, just on general principle. The biggest consideration, as with all minerals, is limiting their exposure to sunlight; Cuprite is very light sensitive and susceptible to darkening on exposure. Gem varieties of Corundum and Spinel, along with Chrysoberyl, can potentially lose their quality of color with prolonged exposure to light. Thus, enthusiasts and collectors should perform due diligence to determine the sensitivities of their prized specimens, and do their best to avoid exposure to conditions which might adversely affect their value.

Overall, oxide minerals are an intriguing and varied lot – with much to offer the rockhound or collector. To learn more about adding variety and interest to your rock and mineral collection, feel free to explore the Wisdom Pocket’s other informative articles – or browse our current collection of rare oxide minerals, including this unique collection of sparkling Cuprites from the Milpillas locale. They won’t last long!

A special thanks goes out to Tom Campbell for his article contributions.