Diamonds in the Rough – Finding a True Gem 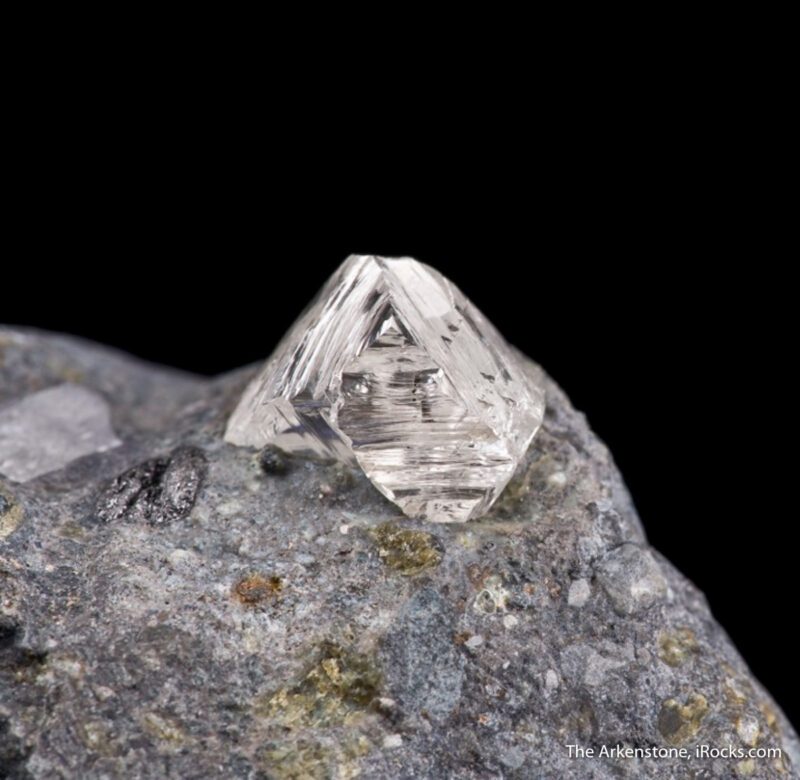 Diamonds have long been a symbol of rarity and natural beauty. The phrase “a diamond in the rough” really sums it up perfectly – as these crystals, even in their natural form – are quite stunning. But what makes them so rare, and desirable? Is it merely the value we’ve attached to them? Or, something more?

To begin with, diamonds are the only gemstone comprised of a single element. Their crystals are composed entirely of pure carbon which has been compressed in extreme temperatures and pressure beneath the earth’s surface – resulting in an arrangement of carbon atoms into a unique crystalline structure which lends the diamond unique properties. With a Mohs rating of 10, and a melting point of 3800°C, diamonds are the hardest known natural substance. In fact, even the name “diamond” arises from the Greek word “adamas”, which means indestructible.

The most valuable diamond specimens are those which are clear, colorless, and flawless – though even rough cut diamonds which meet these standards are difficult to find. Variances in color may span the full spectrum of the rainbow, depending on the presence of trace minerals (such as boron, or nitrogen) during the formation process. This can result in hues which range from the very pale, to deep and richly colored specimens. Clarity can also be affected by the inclusion of these trace minerals, as well as the presence of internal fractures which may have occurred during formation. Rough cut diamonds selected for jewelry-making should also be reviewed by a trained eye, as their shape and internal flaws may drastically affect their suitability for trimming.

Still, even the most flawed of natural diamonds hold a distinctive, inherent beauty. The simple miracle of their formation deep beneath the earth’s crust, and subsequent journey to the surface, lends rarity and interest to each unique specimen.

Every diamond has a story which spans millions of years – a timeline which truly boggles the mind. After formation within the Earth’s mantle, diamonds are transported to the surface in pipes of magma, which burst forth in violent eruptions. These stone pipes are usually composed of kimberlite – a weathered, yellow-brown or gray volcanic rock composed of fragments of peridotite and eclogite, embedded in potassic-ultramafic magma. Kimberlite was named after the city of Kimberley, in South Africa, where these diamond-bearing channels were first discovered. The presence of kimberlite (or its cousin, lamproite) is one of the first things geologists search for, when seeking sites where diamonds may be present.

Diamonds naturally display a crystalline habit – still, due to their extreme age, and volatile life’s journey, rough cut diamonds have often lost their naturally sharp faceting, exhibiting a more rounded shape. Eighty percent of rough cut diamonds are unsuitable for use as gemstones, and are separated from higher-quality specimens after mining, to be used for industrial purposes. 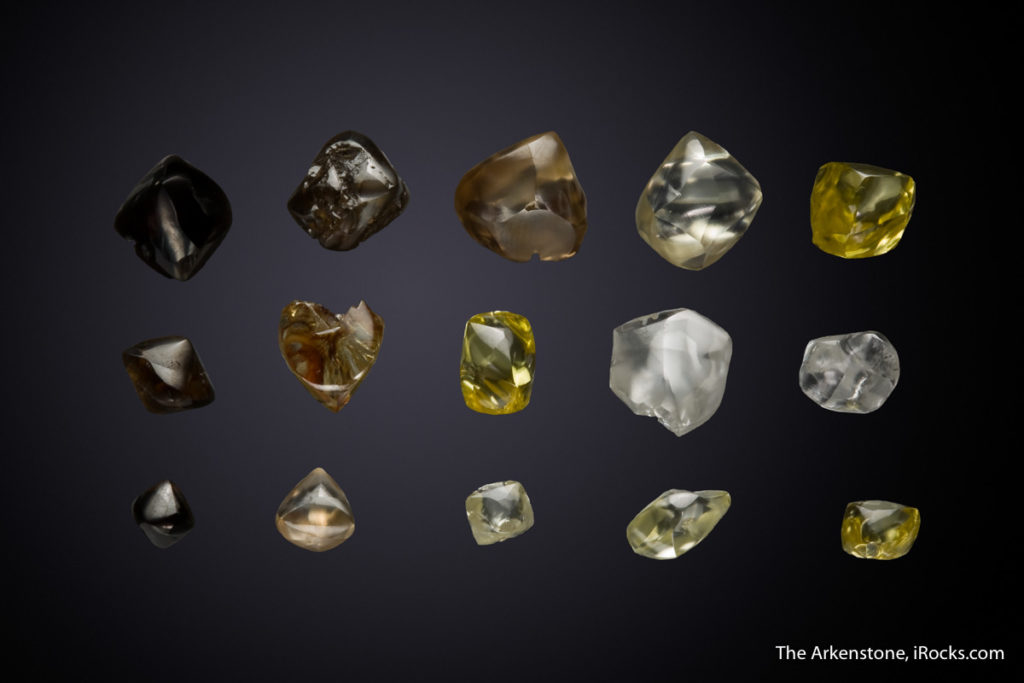 Arkansas is the most well-known location for American diamonds. Joe Budd Photo

Higher-quality stones are then sorted and graded by hand – separated by size, and other characteristics which lend each specimen a greater or lesser perceived value. Rough cut diamonds are then priced according to their clarity, color, carat, and shape – as these are factors which will determine their price, and suitability for use in jewelry or industrial purposes.

When choosing a rough diamond, you may want to consider factors outside of the typical “Four C’s”. (Learn about why the Four C’s of diamonds don’t apply to natural crystal collecting!) Those purchasing for industrial use will want to consider hardness and shape, whereas those seeking a stone for use in fine jewelry will want to consider the same standards used for assessing a cut stone – but with detailed attention to shape, and inclusions which may affect the resulting shape of the finished stone (keeping in mind that, on average, as much as 50% of the carat weight will be lost in the trimming).

Mineral collectors interested in reviewing these stones for their own personal enjoyment and display will find that rough cut diamonds make a breathtaking addition to any collection. Their rich history adds interest and intrigue to your fine gem and mineral display, and will be an expression of rarity and beauty you value, for years to come.

For those interested in assistance with their final selections, please contact the experts at iRocks, directly. Or, take a look at the Arkenstone’s current collection of rare, rough cut diamonds. We’re sure you’ll find a specimen which sparks your fancy!