The Legends of Beautiful Crystals and Gems

Throughout history, crystals and gemstones have been the subject of great myths and legends. Their natural beauty inspires curiosity in where they came from and mysticism in the power behind their colors.

While modern science has given us insight on the creation of crystals and gemstones, legends offer an understanding of their value throughout history. Here are some of our favorites: 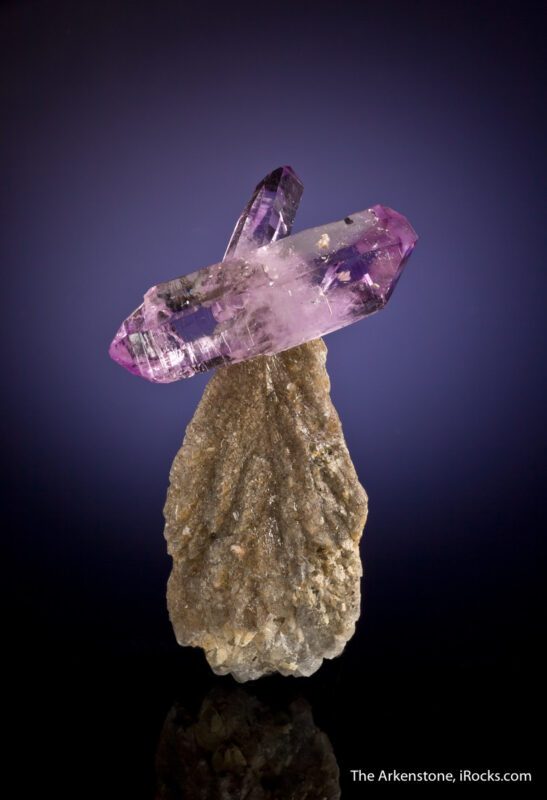 Amethyst is a purple variety of Quartz with deep lavender to light rose colors. Most Amethyst starts as a clear Quartz, and receives its purple coloring after being exposed to manganese and varying degrees of iron. As more iron is introduced into the clear Quarts, the deeper its purple color.

The ancient Greeks believed Amethyst originated from the tears of the god of wine Dionysus that trickled down the statue of Amethyst.[1] When Dionysus was insulted by mortals, he created tigers to attack the next mortal that crossed his path.

A beautiful young maiden named Amethyst went to pay tribute to the goddess Diana, the tigers charged for Amethyst. The goddess Diana then turned Amethyst into a giant pure crystalline Quartz statue. When Dionysus saw the beautiful statue and realized the consequences of his actions, he wept remorseful tears of wine. It was believed that these tears stained the Quartz statue into the lavender color we see today.

Amber is unique from other rare rocks and minerals, because it’s made from fossilized tree resin. The fossilized resin is an organic compound of progressively oxygenated hydrocarbons over millions of years. In fact, the majority of Amber specimens are found within Cretaceous and Tertiary sedimentary rocks that are aged between 30 – 90 million years old.[2]

Many cultures revered Amber for its sun-like colors and its preservation of plants, insects, and other organic matter. Some Amber specimens take the shape of a teardrop, as tree resin drips from the bark and reta

ins its pouring form. These physical qualities have led to many legends connecting Amber to the sun. 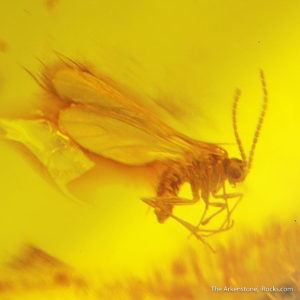 Amber found in north Poland with insect inside, auctioned on MineralAuctions.com

One legend in Lithuania believed Amber came from the tears of Jurate, a Sea Goddess, who mourned the loss of her beloved.[3]

The ancient Greeks believed Amber was formed after the tragedy of Phaethon, son to the God of Sun.[4] When Zeus the Thunderer threw a bolt of lightning at Phaethon and his flaming chariot, Phaethon was swallowed by flamed and died on the Eridanus River. When his body was found by his mother Clymene and sisters Heliades, their tears fell into the river and hardened into Amber.

Jasper is a type of Chalcedony Quartz that is completely opaque. A pure microcrystalline quartz gemstone is semitransparent, but the Jasper contains enough impurities to change its ability to transmit light. Jasper can come in a variety of colors, ranging from red-orange to a light peach. 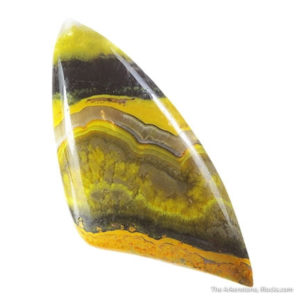 Historically, Jasper gemstones with a blood red color were widely sought after and used in royal amulets. It was believed that the blood red coloring helped women with fertility and stimulated good health. The ancient Egyptians linked red Jasper to the fertilizing blood of Mother Isis. [5]

The Vikings also believed red Jasper held magical properties that strengthened the skills of warriors. One legend believed that a red Jasper was laid in the hilt of the magical sword of Siegfried. The red Jasper gave Siegfried the courage needed in battle to later become a fierce slayer of dragons.[6]

Want to see these rare crystals and gemstones in person? We’ve recently updated our galleries with many impressive specimens from around the world. You can find our latest collections here.

[2] Susan A. “What is Amber?”. Emporia State University. http://academic.emporia.edu/abersusa/whatis.htm