The Adelaide Emails, John Cornish in Australia - 2 of 5 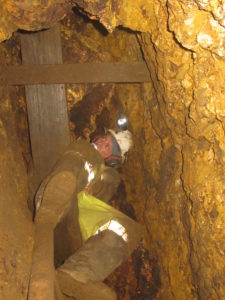 This is the second part of his e-mail records from his trip. Miss the first post? Catch up here.

Rainy day today. No matter underground of course, but still, the rock has begun to weep in certain areas...

Today was a good day. Not a wonderful over-the-top-day, but a good day none the less. Bruce and I, we've been driving a raise to access an area of the pocket-zone behind a large refrigerator-sized, dangerous, block of hanging-wall rock which seems a real killer. Rather than tempting Fate and driving on beneath it, we choose to pursue this extremely physical option. When our vertical work is done, we'll once again drive towards the pocket-zone, coming in behind this hazard so as to safely neutralize its negative potential.

While driving the raise, I broke into a decent pocket. As it's exposed itself, the opening is about 14 inches wide by maybe 6 inches tall. Within the pocket, a pristine forest of black manganese-oxide coated, multiple generation crocoite awaits. The crystals are very tree-ish, where a dominant individual approx. 2 inches long is the platform from which second generation crystals have grown as myriad outward-flaring, branch-like overgrowths.

Being me, and since the pocket was of a supposed/imagined "manageable size", even though so incredibly difficultly positioned directly overhead, I decided to go for it, to collect the entire pocket complete!

This pursuit equals intense... INTENSE fun! Challenging me beyond beyond! Eagerly, hungrily, ehthuiastically, humbly, I set to my task and began carving the rock away from the pocket, bringing it out in high relief as over time, monolithically, it revealed its true massive self.

This work took me several days, but today, 5/2/2014, I successfully separated the pocket complete from Mother Tasmania!

Exhausted and vibrating, at first, my job done, this was "enough" for me. I turned off the hammer and rested in the close claustrophobic confines of the raise, panting from the exertions of driving the hammer into the rock so as to violently, gently, softly, perfectly, drop the pocket down onto the two wooden support "toms" Bruce and I had set specifically for this purpose, to catch the pocket's descending weight, during this magic, hard-sought-and-now-realized-moment.

Adam had told me, when I'd shared my thoughts regarding the pocket, he'd said, "No worries, the pocket will break apart long before your able to collect it". One word, one... HA!!!

What a kick-butt moment... 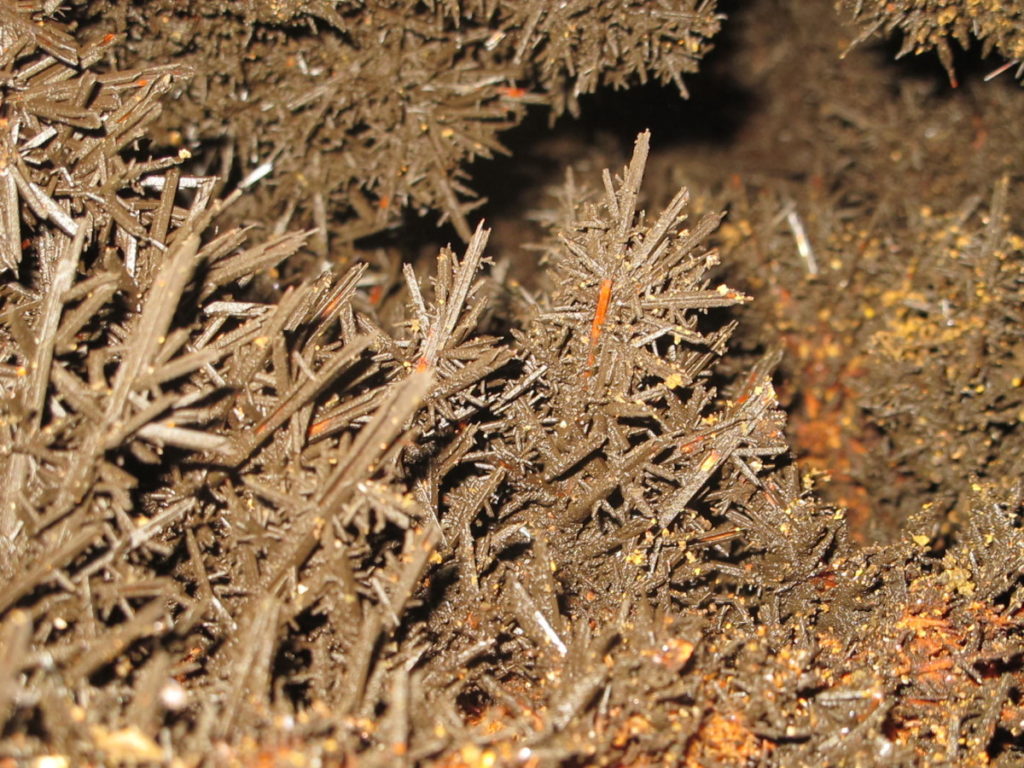 Delicate spindly crocoite crystals from the Adelaide mine in Tansania, Australia. Photo courtesy of J. Cornish.

Rest time over, once again, I started up the hammer and used it to scale away the loose rock from the pocket mass and to open the area around the pocket so as to further assist our recovery. With these tasks done, I next set to pounding the drift walls and ceiling, scaling back hundreds and hundreds of pounds of rock so as to allow our passage as we bring our big prize down. By the time I was done, I'd taken exhausted to a whole new level. Sweat cascading, it was time to come out from the underground, to tell Bruce what I'd done...

... After taking a break for lunch, Bruce accompanied me underground for the first time today. I had some ideas regarding how to bring our big prize down (currently it is resting in space, sitting on the "toms"). He thought my vision sound and thus, we began our first steps towards recovery. Bruce, after measuring, cut a length of board to size and wedged it over the lower "tom" and against a recess I'd opened with a big flat surface on the opposite, far-side of the raise. Next, I was too big, Bruce wedged himself into the raise and using a small bar, pried the pocket over and onto its "back", a large manageable surface, on to the board he'd just set. With that accomplished, our next duty was to once again clear away the excess rock from around and on the pocket itself and then, pull/draw the pocket down the board and across the raise to its opposite side.

With a bit of effort, together, we finished this task and then, there we were, it was after 5:00 pm and it was time to call it a day. Tomorrow we'll continue our monumental task of bringing the pocket, all 2 feet and maybe 200 + pounds of it, down from a height about 12 feet above the floor.

Just another day crocoite mining on the west coast of Tassie!

So, what did you do today? Chuckle, Smile!!! 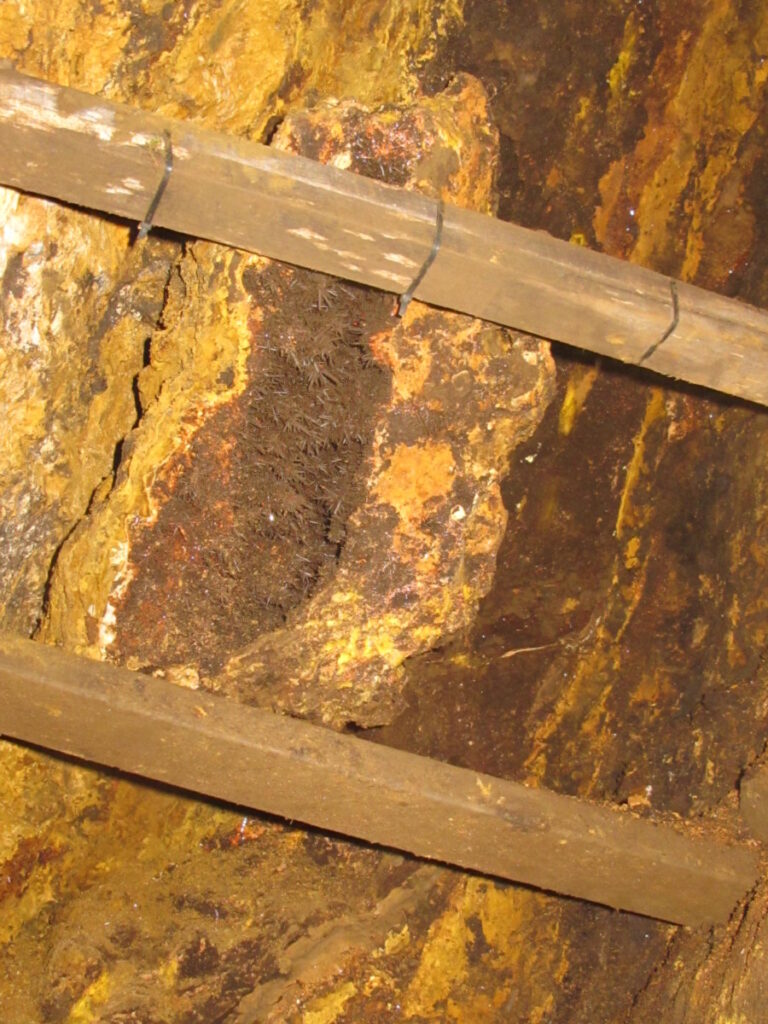