Rutile: Mineral of Many Uses

Rutile [TiO2] is the most abundant naturally-occurring form of titanium dioxide. Long recognized for its value and use in manufacturing and industry, it has more recently gained recognition and popularity amongst collectors, due to its newly discovered ability to aid in rock and mineral research.

Rutile is an interesting mineral, with varied habit and presentation. It's name is derived from the Latin rutilus (meaning “shining, golden-red”), a reference to one of rutile's common habits – a deep red, lustrous crystal – though it occurs in a surprising variety of distinct and beautiful habits and colors. It appears in multiple unique crystal forms, styles, and associations. Twinning is common, and some rarer specimens even exhibit a unique habit known as the Rutile Star (a formation of crystals grown surrounding a hematite specimen, with six rhombic faces). 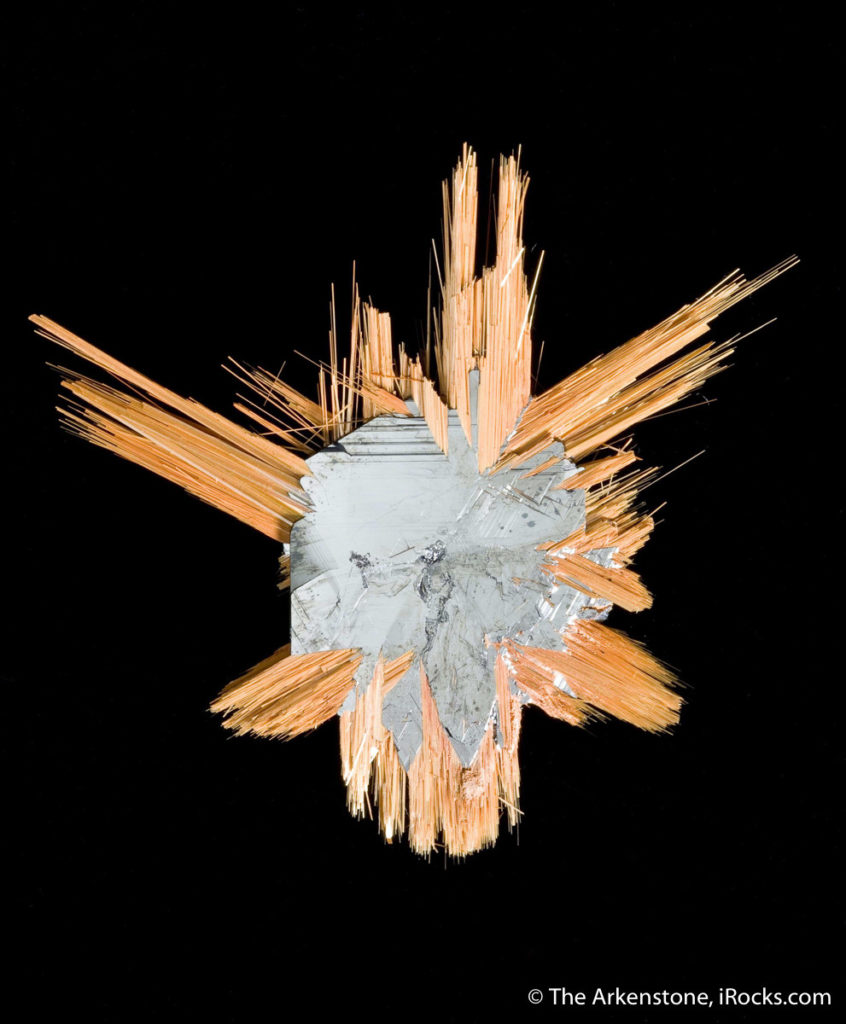 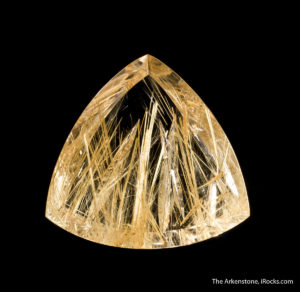 This cut stone shows the beautiful natural art of these rutile crystals included in quartz.

Rutile's coloring can vary greatly – from mirror-like metallic crystals, to bright golden needles – and it is well-known for its tendency to form slender, fibrous, or straw-like inclusions within other minerals. One beautiful combination is that of rutile with quartz (or Rutilated Quartz) – which is prized by mineral and gemstone enthusiasts. Microscopic inclusions of rutile within other gems (such as tourmaline, ruby, and sapphire) are often responsible for unique, internal light and optical effects which present as chatoyancy, or asterism – for example, that exhibited by Star Sapphire.

Rutile is the preferred source of titanium ore (a metal whose strength, weight, and resistance to corrosion make it ideal for use in high-tech alloys). It has also been widely used in the production of glass, porcelain, and ceramics, as it is a valuable coloring agent. It can also be used to add color to steels and copper alloys, and is valued for its usefulness as pigmentation in paints, due to its ability to retain its color, over time.

Despite its common occurrence and widespread use in manufacturing and industrial production, rutile has remained a relatively unknown mineral, until recently – when it was discovered to be particularly useful in rock and mineral research. Rutile's unique properties have proven helpful for gaining insight into the history and formation of other rocks and minerals, and its use by rock and mineral researchers has already contributed significantly to advances in the fields of geochemistry and geochronology. 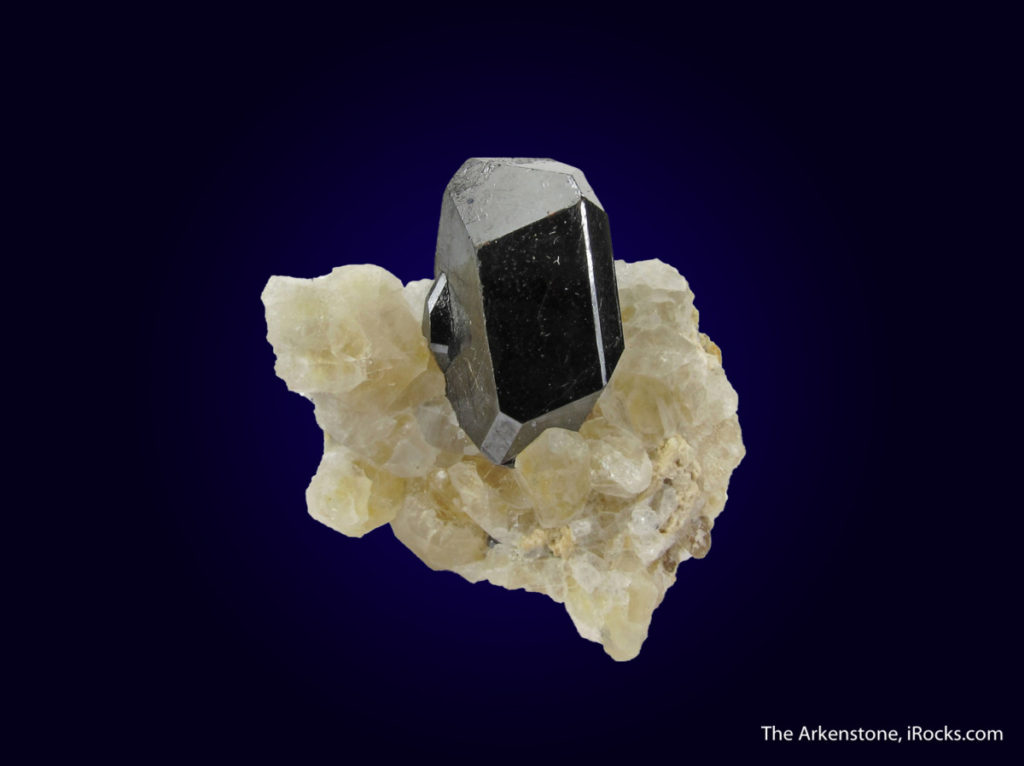 Rutile on Quartz - These came out in the late 1990s in one small batch, and are now rarely available. Surely they must be the best find for the species since Graves Mountain's heyday.

There is increasing evidence of rutile's value and usefulness in rock and mineral research. Microanalysis of tiny specimens of rutile can be used to decipher the timing and conditions of petrological processes, according to one recent scholarly article, and research spearheaded by Thomas Zack (of the Department of Earth Sciences, at University of Gothenburg) has identified a new method of laser ablation, which allows rock and mineral researchers to use rutile for in-depth analysis of specimens.

The process (called Laser Ablation ICP-MS) involves the examination of microscopic rutile inclusions to identify rutile-containing rock types, and reveal information regarding the changes in temperature and pressure to which they have been exposed, throughout history. This process not only reveals important information about the lifecycle and formation of these specimens, it produces results much faster than previous methods. 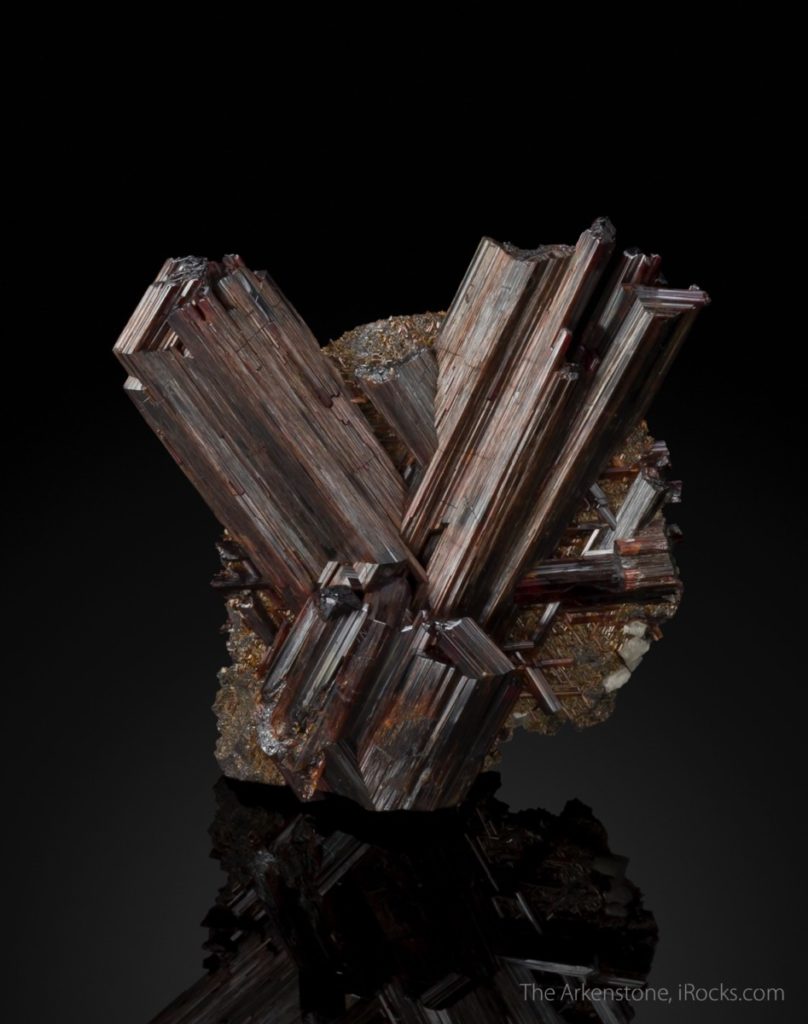 Rutile from Madagascar. It is one of the finest examples of rutile that I have seen from the locale, though there were many of larger size. Joe Budd Photo

According to Zack, this discovery “is one of the most important analytical instruments at the Department of Earth Sciences here in Gothenburg.”

Rutile's new role as an aid in rock and mineral research is certainly adding interest for dedicated collectors and rock enthusiasts – increasing the value of this already fascinating and beautiful mineral species.

Love Rutile? Visit our gallery to explore rutile fine minerals and crystals for sale from The Arkenstone, or search for other minerals to fit your collection.