No matter the country, the discovery of rare rocks and minerals is celebrated worldwide. This holiday season, we'd like to showcase a few of our favorite oddities – rare rocks and minerals we've discovered while building our own collection. We hope that by helping our readers familiarize themselves with these rare beauties, we'll inspire other collectors and enthusiasts to get our and explore!

Take a moment to learn more about a few of our favorite rare rocks and minerals, below. We know you won't be disappointed!

Diaboleite [ Pb2CuCl2(OH)4 ] is a gorgeous mineral with deep blue coloring, which occurs in manganese oxide ores. It has also been found as a secondary mineral in lead and copper oxide ores, and in seawater-exposed slag. First discovered at Higher Pitts Mine in the Mendip Hills of Somerset, England in 1923, diaboleite has since been located Australia, Austria, Chile, France, Germany, Greece, Iran, Italy, Russia, South Africa, the UK and the US. It is generally associated with atacamite, caledonite, boleite, cerussite, hydrocerussite, leadhillite, chloroxiphite, mendipite, phosgenite, paratacamite, and wherryite.

Though Diaboleite generally exhibits a deep blue coloring, it appears pale blue in transmitted light. Its tabular crystals form as subparallel aggregates, or with massive habit – ranging up to 2 cm in size. Larger crystals are extremely rare, and very few quality specimens are found on market. 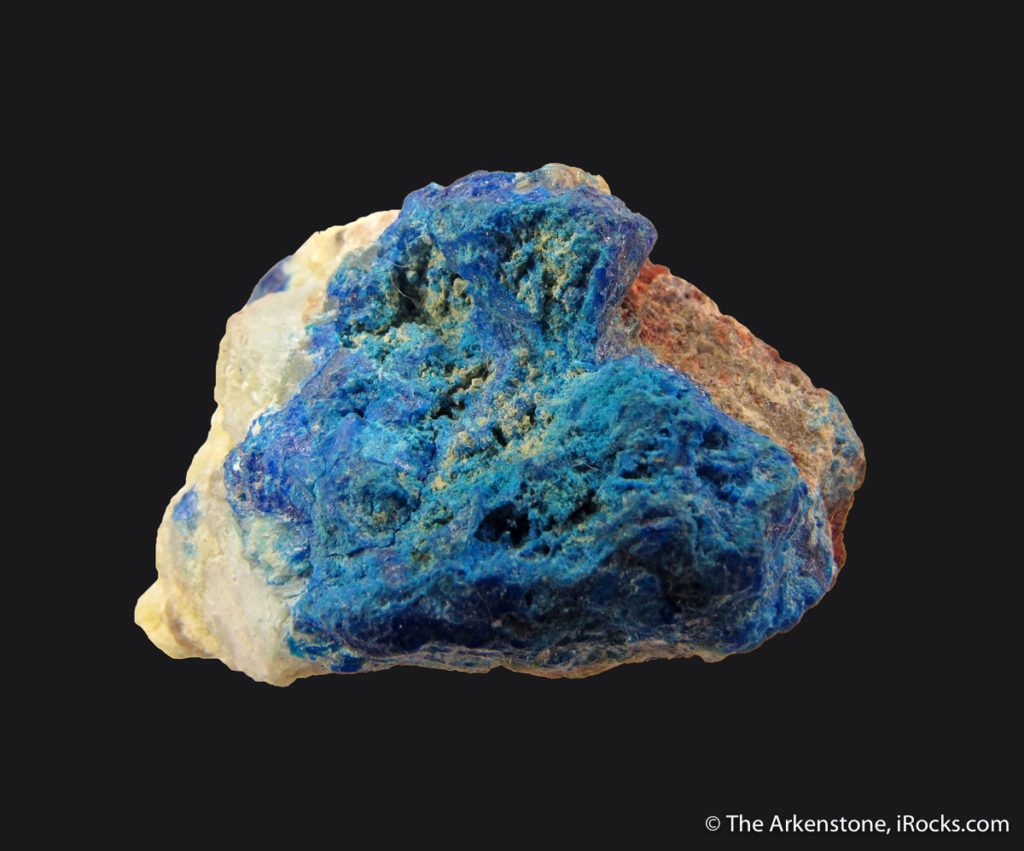 A rare lead, copper chloride, Diaboleite is one of the great treasures from the surprisingly complex suite of minerals found in this old mine at Tiger, Arizona.

Anapaite [ Ca2Fe2+(PO4)2·4H2O ] is a rare calcium iron phosphate mineral. It is generally found within the cavities of fossil-bearing sedimentary rocks, or in phosphate-bearing iron ores – adding an element of environmental interest which makes it very appealing to collectors.

Despite the abundance of most iron phosphates, Anapaite is extremely rare. Its crystals commonly occur in rosettes or drusy crusts, with gorgeous coloring, ranging from olive green to milky white – though crystals may appear pale green or colorless under transmitted light. Named after its type locality in Anapa (Taman Peninsula, Russia) – some exemplary specimens have also been discovered in the  Ukraine, and Spain. 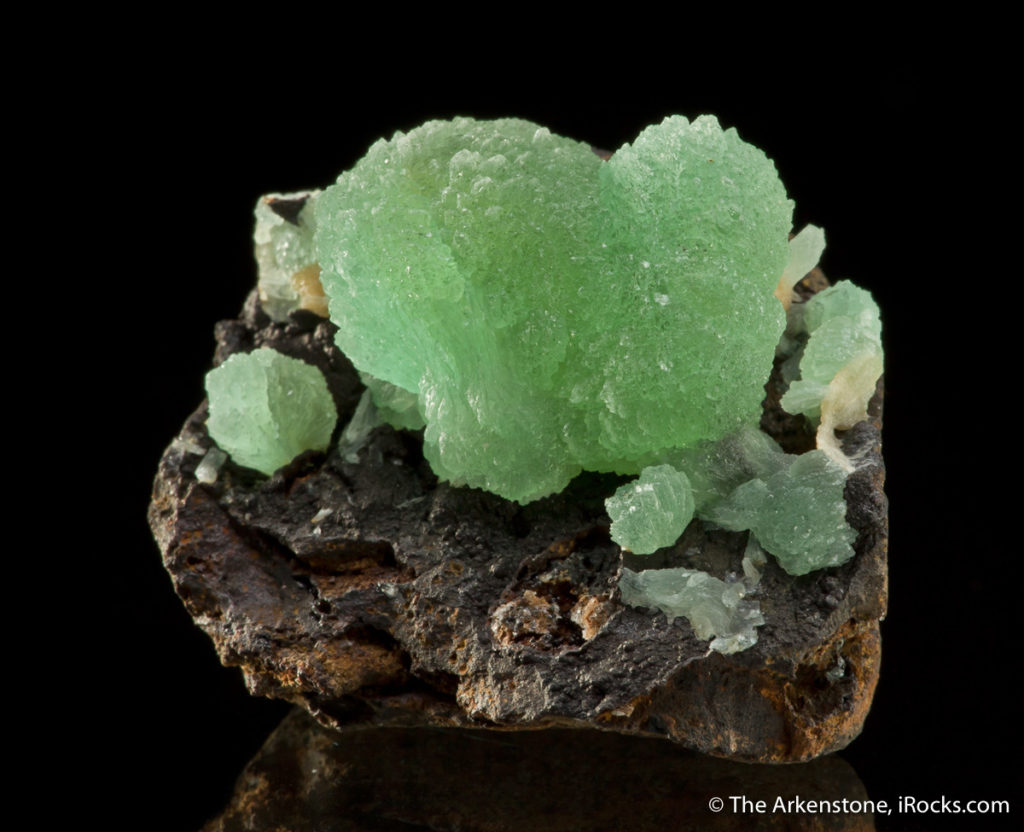 An exceptionally rich and aesthetic small miniature, of this very rare phosphate, Anapaite.

Boleite [ KPb26Ag9Cu24(OH)48Cl62  ] is a very unusual and complex halide mineral – a crystallized lead-silver-copper chloride. Classified under the isometric crystal class, the external properties of boleite crystals strongly indicate its cubic structure. Its cubes consist of pseudo-octahedral tetragonal dipyramids, often measuring more than half an inch on each side. Despite its deep, glossy, dark blue coloring, it exhibits a light greenish-blue streak, and may appear almost turquoise in transmitted light.

Named for the type locality, Boleo (near Santa Rosalia, in Baja California), Boleite was first discovered in 1891, though it was then described as an oxychloride mineral. It is often associated with other rare rocks and minerals, including atacamite, anglesite, cerussite,  cumengeite, gypsum, phosgenite and pseudoboleite. When combined with cumengeite, boleite crystals may form a beautiful 3-dimensional “star” shapes. 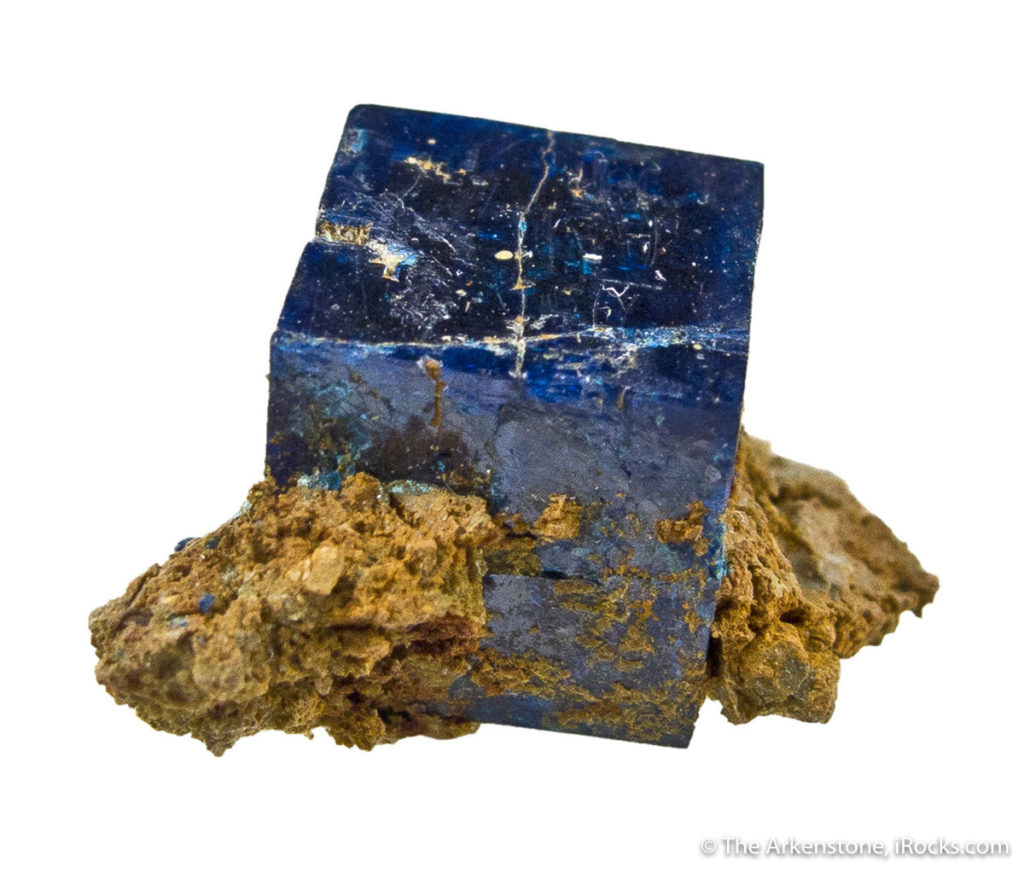 A razor-sharp cube of precisely 1 cm, large for the species, and centered nicely to make the perfect thumbnail!

Rammelsbergite [NiAs2 ] is a nickel arsenide mineral which occurs hydrothermally in medium temperature veins. First described by James D. Dana in 1854, after discovery of its type locality in Saxony, Germany – this rare mineral was named in 1855, in honor of German chemist and mineralogist, Karl Friedrich August Rammelsberg.

Rammelsbergite is often associated with skutterudite, safflorite, lollingite, nickeline, native bismuth, native silver, algodonite, domeykite and uraninite. Its orthorhombic prismatic crystals are typically massive in form, and exhibit coloring ranging from silvery-white to red, with metallic luster. Rammelsbergite is quite difficult to distinguish from related nickel sulfides and arsenides, though its unusually high hardness and silvery coloring helps. It exhibits a Mohs hardness of 5.5, and specific gravity of 7.1. 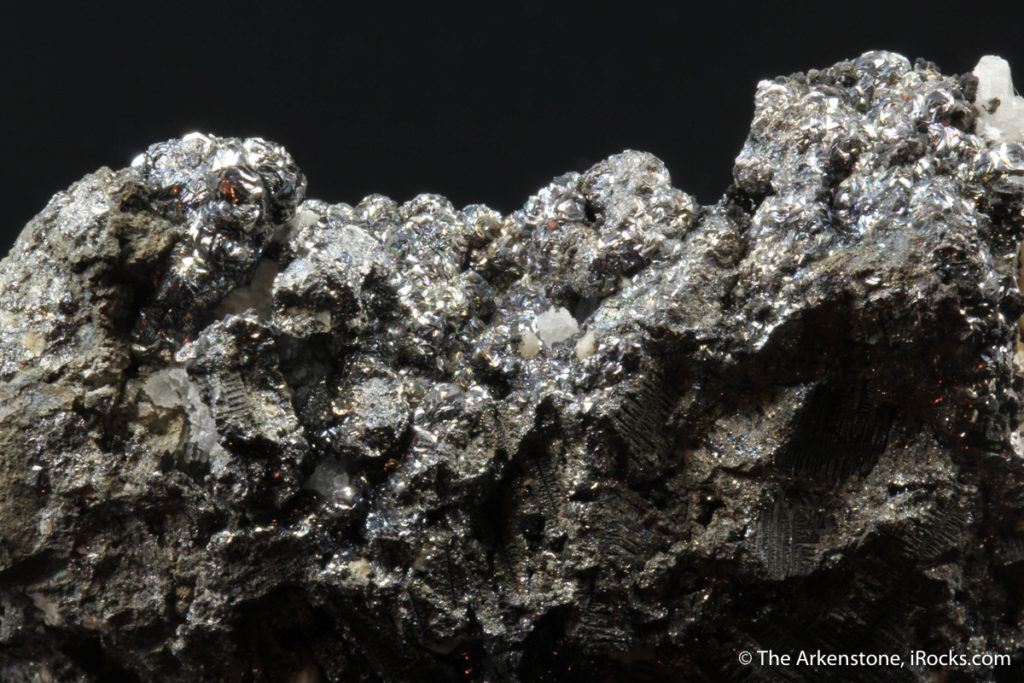 Zunyite [Al13Si5O20(OH,F)18Cl] is a sorosilicate mineral, composed of aluminium, silicon, hydrogen, chlorine, oxygen, and fluorine. Zunyite is so rare in nature that American Mineralogist has stated that “any information regarding a new occurrence... seems worthy of record.”. Zunyite's crystallography is Lsometric, twinned, and typically exhibits tetrahedral form – though it is also found very rarely in octahedral formation. Zunyite crystals also fluoresce under UV light, emanating a beautiful bright pink to orange hue.

A 1986 discovery in a prospect pit near Quartzite, Arizona revealed enormous crystals, measuring up to 2cm. Many of these crystals are perfect tetrahedra, of a pale beige or tan hue, embedded in matrix – though some minute areas of these crystals were reported to be colorless, transparent, and of gemstone quality. Some Japanese locales may also include cuttable material, however this has not been confirmed. 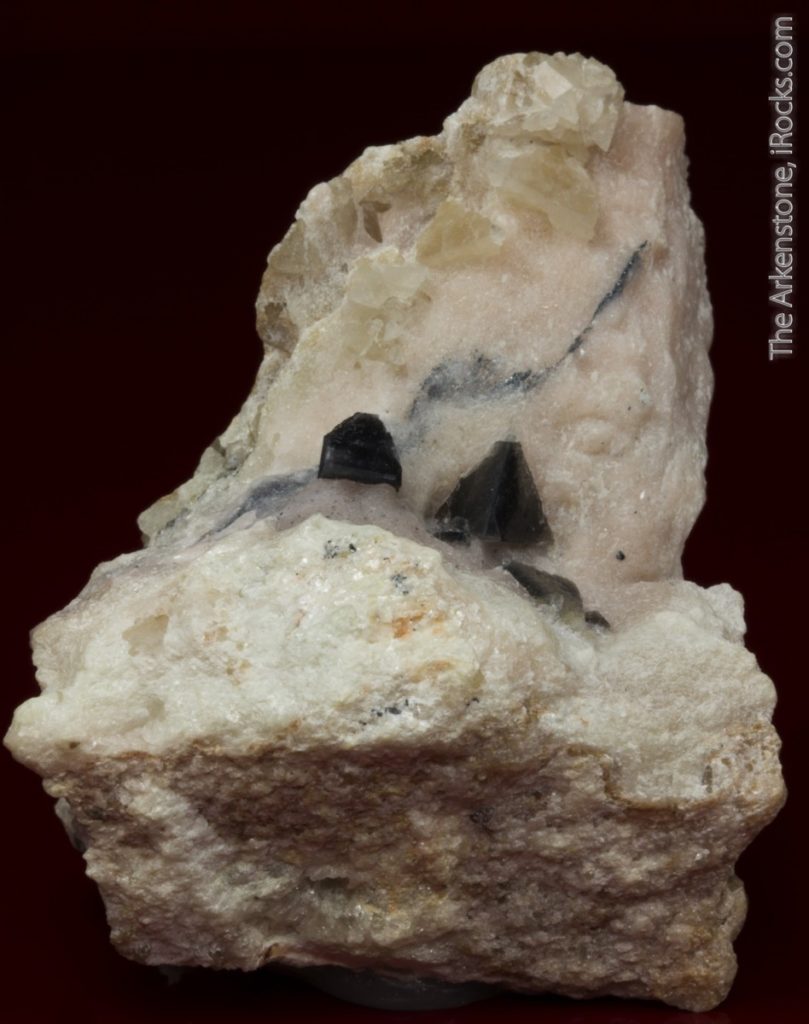 If you'd like to view more rare rocks and minerals, take moment to peruse our current collection of rare and unusual species – or contact the experts at iRocks, for more information on our upcoming auctions and shows!