Prepping a whole batch of these bad boys to go live on iRocks.com for sale soon… going to be sad to see them go! . Chalcopyrite from Daye, China – send us a DM for an analysis on how these stunning oddballs formed!

These “balls” started coming out in January, from one reliable source of mine who works directly with miners at Tonglushan (literally “Green Copper Mountain” in Mandarin), which by the way is also the world’s oldest continuous working copper mine. It has been active since the Chinese Bronze Age 3500 years ago, and there is a historic museum atop the old ruins. Nowadays, they mine deep underground with huge trucks and modern mining. Tonglushan is the recently productive source of many modern copper minerals from China including Malachite in stalactites and sheet forms, the strange chalcocite “balls” in matrix that came out a few years ago, sparkly Pyrite on Calcite, Calcites of different colors, Gypsum, and many other species. The modern entry is just down the road from the museum and the archaeological grounds of the old smelters and kilns of ancient times. 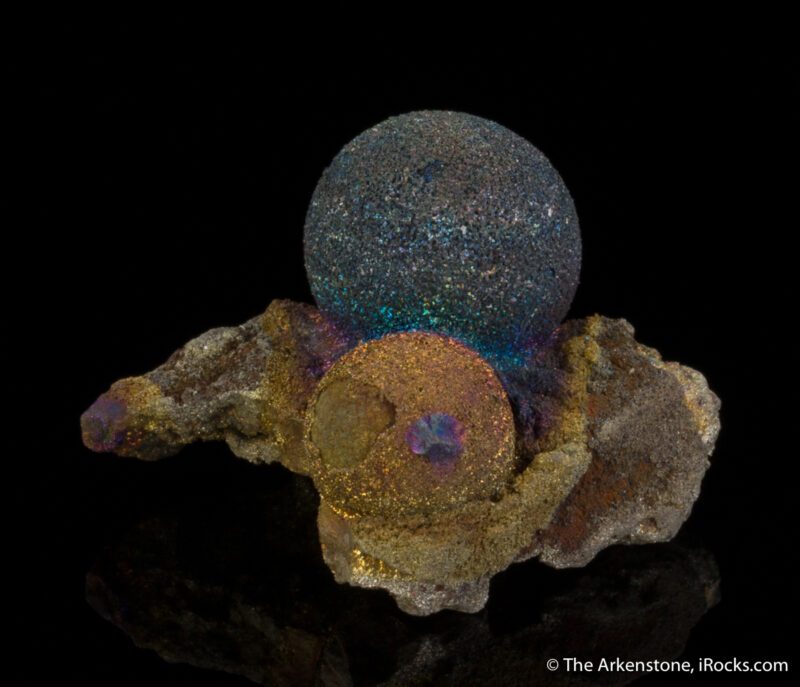 These new 2019 chalcopyrite finds from the Tonglushan mine near Daye, China are stunningly complex!

When these first came out, we thought they might be some trickery of a new way to fake copper minerals. However, the source has worked with me for nearly a decade and said the miners were truthful and forthright. I had the first specimens looked at in several ways. We cross-sectioned one of the larger yellow chalcopyrite balls to look at the internal structure (which was normal and radial, so these are not carved), and to do analysis at University of Arizona via EDS. The results came back conclusively chalcopyrite, with no bornite (as I had guessed the multicolored coating on top might be). Both internally and externally, these are pure chalcopyrite that matches the known standards. We then asked the miners to provide matrix specimens. Apparently, the easy pickings were the floater clusters on the bottom of the pocket, and few matrix pieces had been collected (from above). In the fourth and final lot that I obtained in May, which was collected in April, we were finally able to get the matrix specimens by paying extra. The floaters had been simply picked up in the bottom of the open pockets, and the matrix specimens took more work (and time, and tools) to acquire from the roof of that last pocket. Matrix is Mudstone, an extremely fine-grained sedimentary rock consisting of a mixture of clay and silt-sized particles.

Additionally, Dr. Stuart Mills (Senior Curator of Geosciences at Museum Victoria) has been studying these extensively for a future paper. Some of his initial findings are available here. 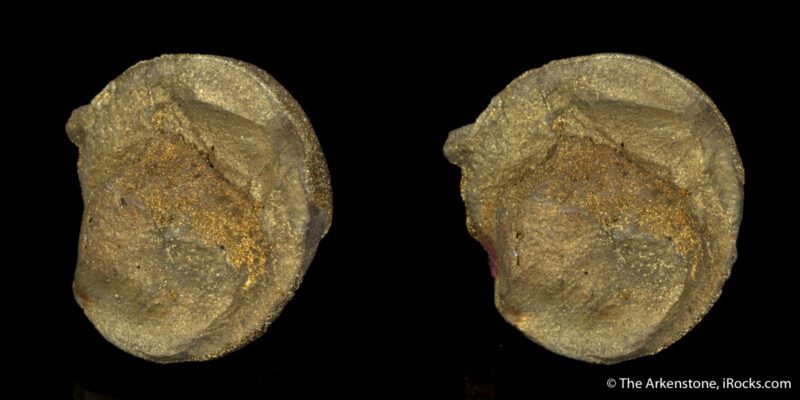 Two views of the inside of chalcopyrite balls from Daye, China

Courtesy of Dr. Peter Megaw, who examined pieces in China with us :

As you can see in the accompanying images, the matrix pieces show a rim or zone between the balls and the mudstone matrix.  My guess is that fluids of some sort dissolved whatever cement was holding the mudstone together, liberating the sulfide balls and allowing them to pop free and accumulate in the bottom of the void in a nest of loose sand. Originally, each ball would have been completely surrounded by this zone but in some cases it was incompletely dissolved (perhaps because it was more completely sulfidized?) leaving the balls stuck to the matrix. I think (simple) weathering is very unlikely to be the culprit as the leaching the agent. The oxidation you can see is not very pervasive and the balls generally look fresh; since chalcopyrite weathers easily and quickly I think if this was a weathering effect you’d see more oxidation and chalcopyrite destruction than you’re seeing here. More likely is that late ore fluids dissolved the matrix around the balls and may even have contributed a little sulfide to “glue” the loose balls together. Closer examination of those rims and their transition towards the matrix will tell you whether this scenario is plausible. I am also intrigued by the complex lumpiness on the back of the largest matrix piece. That may reveal some aspects of the overall environment they formed in. 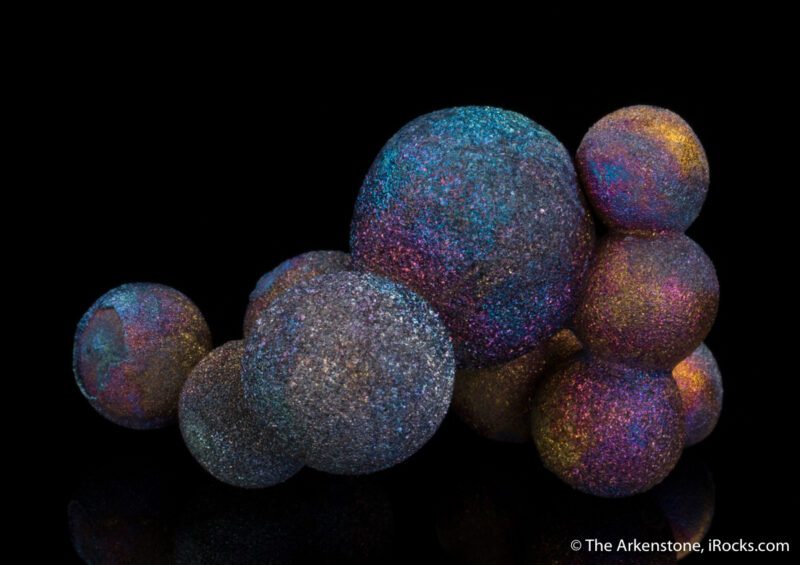 These matrix specimens show that the chalcopyrite forms much in the same was as “Blister Copper” from Connecticut or Cornwall formed, but in different matrix. Instead of forming in, and being bonded to, solid sulfide ores as at those classic localities, these form in a hard sandstone rock matrix with lots of cavities. The chalcopyrite filled veins and cracks, and also bubbled up into these shapes where open space allowed it. Some specimens do show two balls fused together, or clusters of smaller merged with larger, naturally in the matrix. Later, the structure of mudstone holding these heavy objects was degraded and as the sulfides are heavy they simply fell out and settled to the bottom of the pocket (except for some pieces stuck in matrix on the top). This is similar to some gem species’ pockets in kaolinized clay where everything settles to the bottom in a mess of floater kunzite or tourmalines; or  like you’d expect to happen if clusters of Spanish pyrites had been exposed to such effects and ended up in open pockets instead of frozen in a mountain. When found, the miners scooped these up and took them out, and we have only cleaned them with water and a quick bath in SimpleGreen. When you look at the matrix specimens, you can see incipient floaters coming out of the strange mix of sulfide-infused mudstone, and easily imagine how these would have formed by the logic above.

This piece is super cool. Many mineral collectors love specimens that tell a story, and this one definitely does and looks good too. The corona surrounding the balls make a very aesthetic picture but give a glimpse at the formation of this find. Originally, each ball would have been completely surrounded by this corona zone. Looking at this specimen you can see how the corona has been preferentially dissolved, and when you rotate the specimen you get an amazing cross-section of this phenomenon. Plus, you can see the relationship between the Chalcopyrite and the mudstone matrix, the complex lumpiness of matrix is super intriguing! This piece is both visually and intellectually stimulating.

We’ll be launching these for sale over the next month (and featuring more at the 2019 Dallas Symposium!) so if you haven’t already joined our mailing list (in our webpage footer, or by registering for an account), do so for notification when we have these available for purchase!