Opals: Stones of Many Colors

If there was a stone whose physical properties inspired magic, it’s likely to be a fine Opal. With the ability to reflect an impressive array of colors, it was thought that the Opal trapped fire and lightning. Today, the Opal is one of the most popular stones amongst rockhounds, jewelers, and historians.

Unlocking the Mystery of Opals 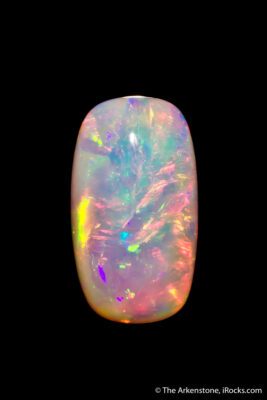 Opal from Ethiopia weighing in at 88cts. Joe Budd Photo

Opal is a gem quality stone with the ability to intensely reflect an array of colors. They’re formed when silicon-dioxide enriched water, otherwise known as silica, permeates through the cracks of sedimentary rock. When the water-solution evaporates, the silica is left behind to gel and form an Opal stone.

Unlike any other species of rare rock, the Opal can display all the colors on a rainbow spectrum through a series of “moving” patterns. The most common colors shone are red, green, blue, and yellow with other color blends like pink and purple.

These colors are reflected by the diffraction of light entering the specimen, similar to the effect of a prism. The silica found within the Opal settle and layer randomly with many gaps in between. This allows white light to enter in an irregular array, diffracting and reflecting a different color.

The ability to reflect an array of colors is one of the rock qualities most sought after by great civilizations throughout history. The gorgeous display of reds, greens, and blues were thought to contain protective and medicinal properties, commanding a great value from jewelers and royalty. 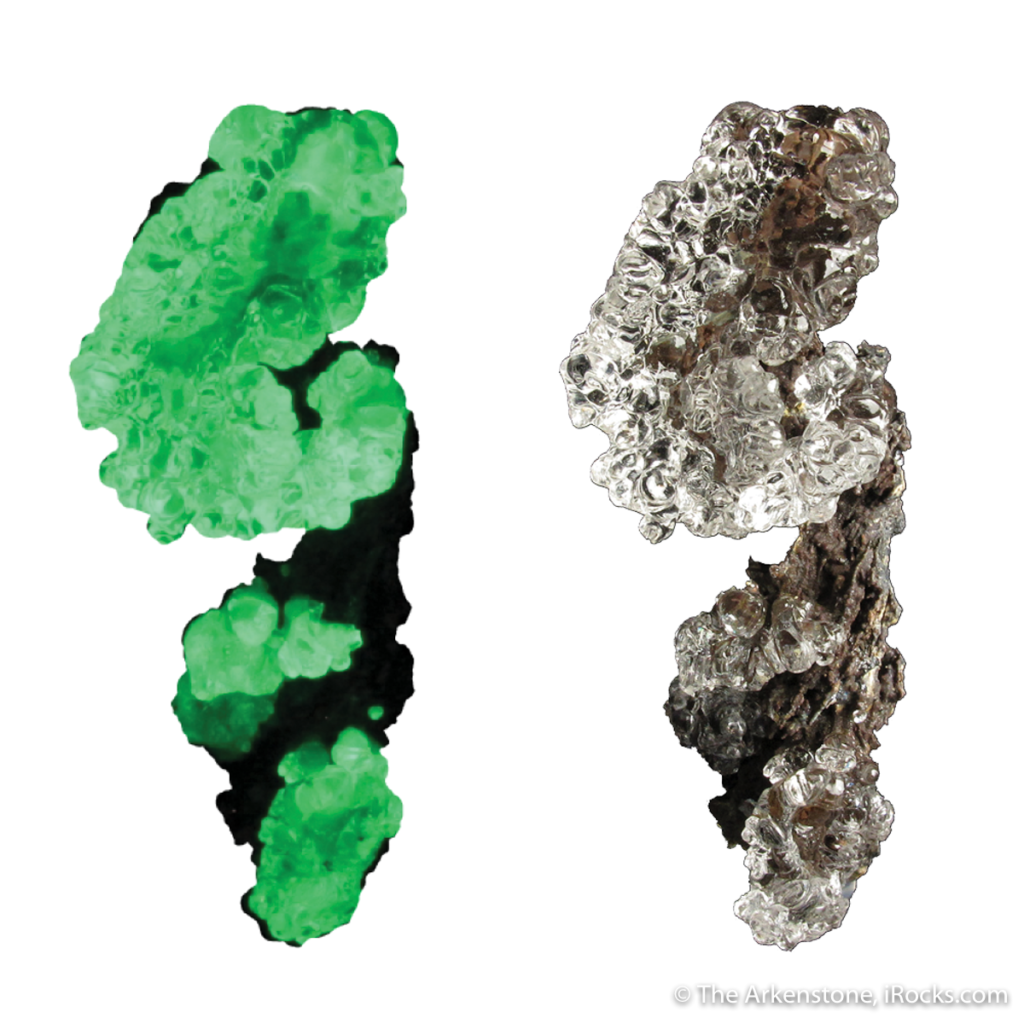 Hyalite Opal, like this specimen from Hungary, shows shocking fluorescence under UV lighting!

The Opal is one of the few precious stones whose origins trace back through several ancient civilizations. The name “Opal” derives from many world languages like the Sanskrit word, “Upala”, which translates to “precious stone”.[1] The name also has origins in the Latin word “Opalus” and the Greek word “Opallios”, both directly translating to “to witness a color change”.[2]

Historians trace the discovery of the Opal stone as far back as the Bronze Age. The Ancient Egyptians and Babylonians created protective talismans from Opals.[3] However, it wasn’t until the peak of the Roman Empire where Opals began circulation in markets with a value as high as Emerald stones. Opal stones were coveted by the Ancient Romans for their ability to shift colors at certain angles of light.[4]

According to an Ancient Roman legend, a wealthy Roman senator named Nonius owned a particularly fine Opal. The stone was rumored to have been as large as a hazelnut and valued at 2,000,000 sesterces.[5] Mark Antony, the ruler of Ancient Rome, heard of the stone and thought it would make the perfect gift for Queen Cleopatra of Egypt.

When the senator was approached about the stone, he refused to sell and fled Rome. This event led to Opals earning their prestige and value in the market through the modern era. 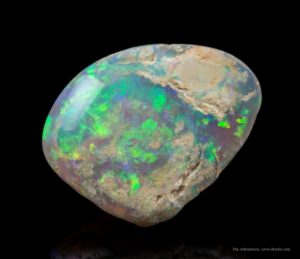 Of the Opals mined, 95% come from Australia.[6] Other Opal producing countries include Mexico, Brazil, Ethiopia, and the United States.

In the early 1890s at the White Cliff mines, the first prospectors discovered pockets of fine Opal stone. Production of fine Opal at the White Cliff mines peaked in 1902 when 140,000 pounds of fine opal were mined and sold.[7] Other Australian mines like the Lightning Ridge and Coober Pedy were also found to contain fields of Opal stone. These discoveries cemented Australia as the leading producer of Opal stone around the world.

Opals have a fascinating history, and they continue to be a very popular precious stone. See our expansive collection of Opal stones and other rare rocks on our website! We’ve recently updated our galleries with many impressive specimens from around the world. You can find our latest collections here.