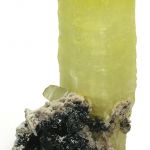 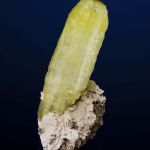 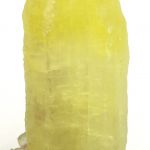 Perhaps my personal favorite of the lot, this is an elegant, starkly dramatic single crystal of 6 cm length shooting up from a perfectly trimmed bit of accenting matrix that serves as a pedestal. The matrix is a thin plate of manganese gossan covered on one side by a rolling carpet of soft oyelite and on the other by a brilliantly sparkling layer of micro-hausmannite crystals. It has a wonderful and unusual (compared to other species) lemony-yellow color, slightly pastel but not pale at all. It is hard to explain or convey in pictures, but there is a certain ethereal quality to these specimens that makes the crystals look "soft" and unusual compared to most other large crystalline species. And, this is a rather large example for this species. Remarkably, it is COMPLETE all around! Although past finds of ettringite have produced a few crystals of this size, and smaller ones with more intense color, these leap out at you from a case as something truly unusual, and this piece has aesthetics which take it to the next level still. I think, overall, these ghostly, deep yellow crystals, especially specimens like this on matrix, leap out from any collection as there are few species with such a color. 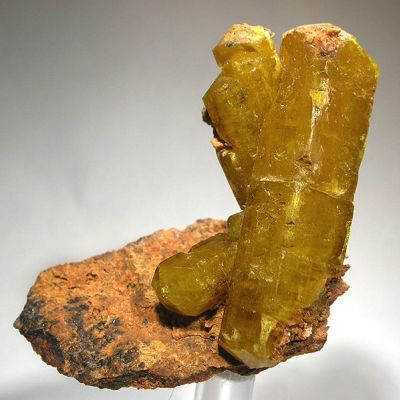 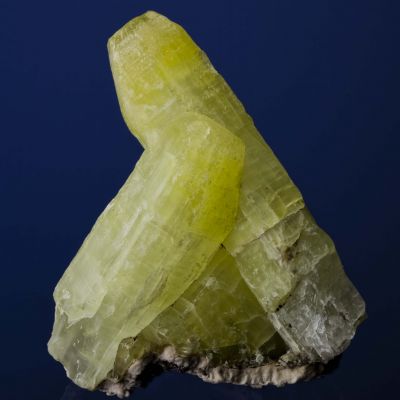 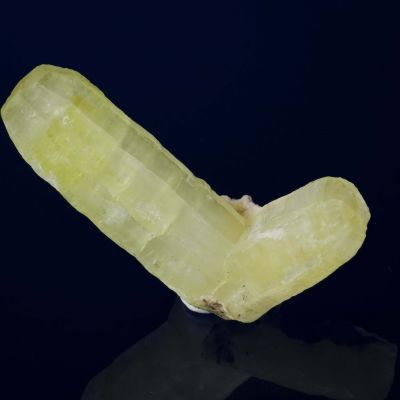 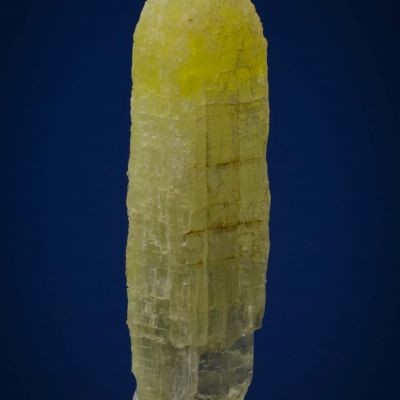 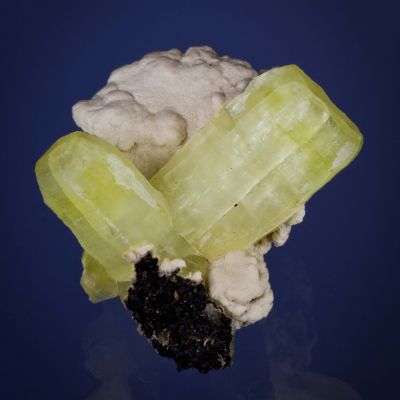 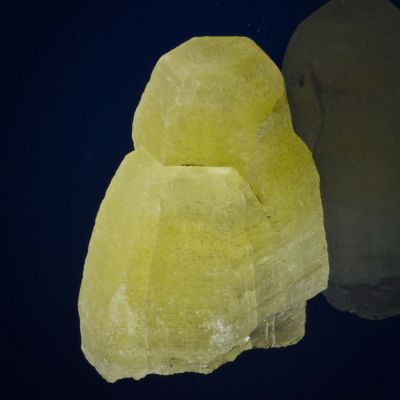 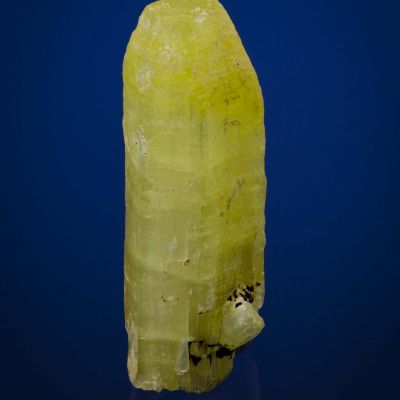 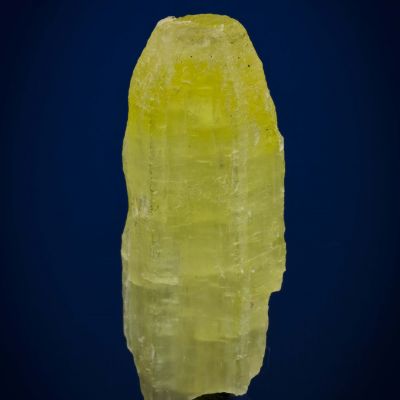 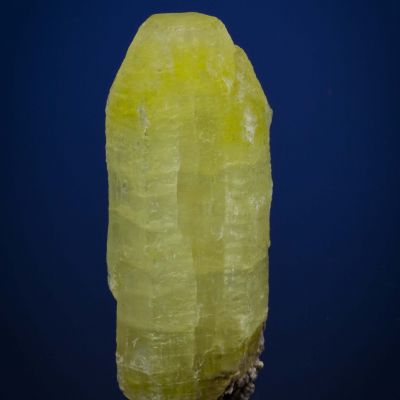 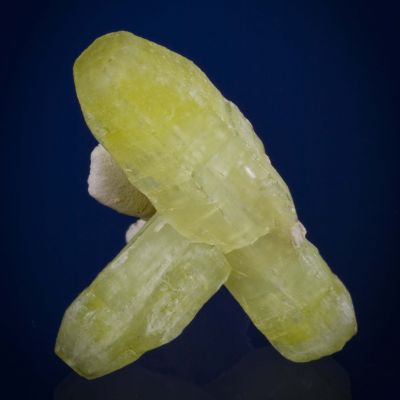 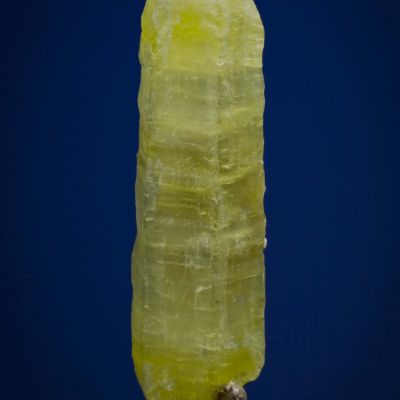 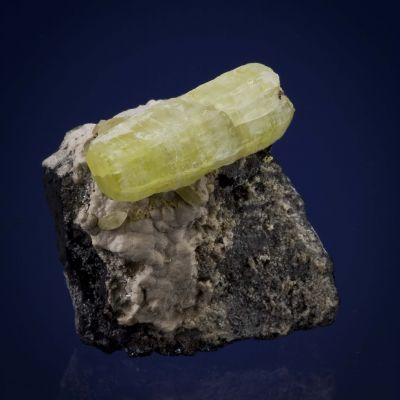 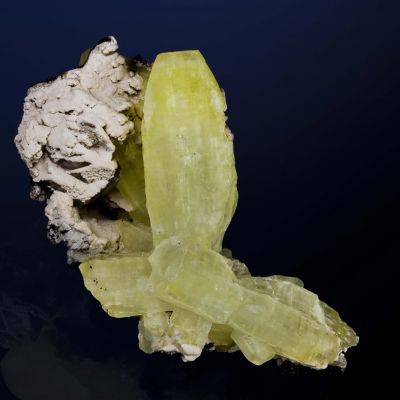 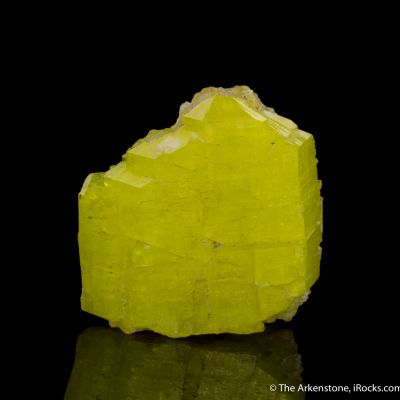 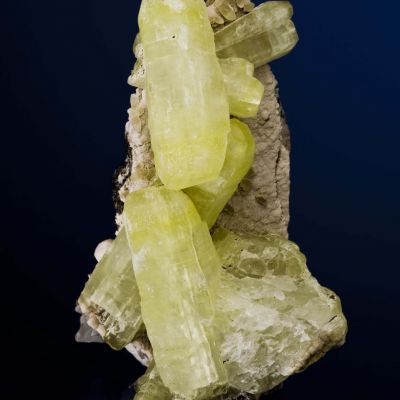 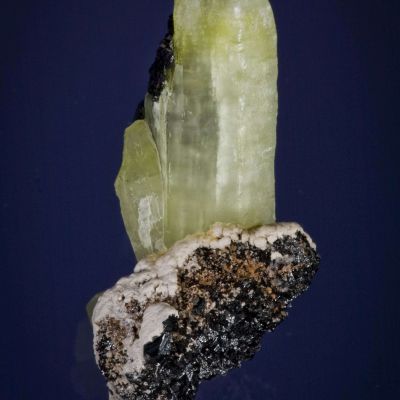 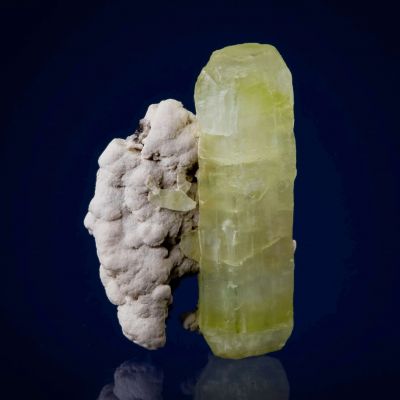 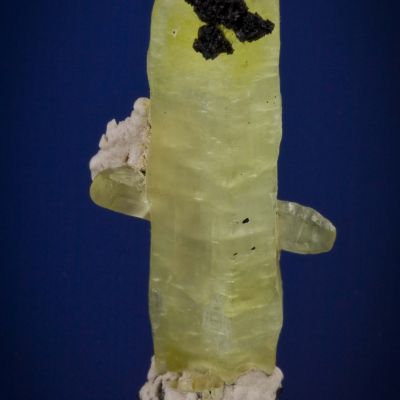 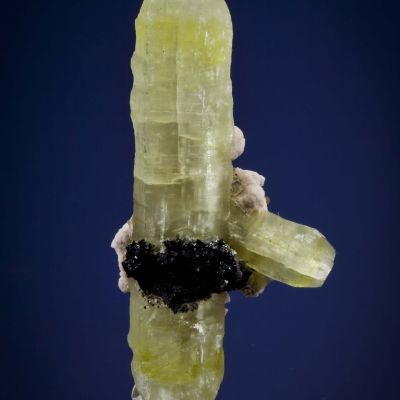