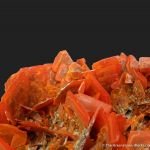 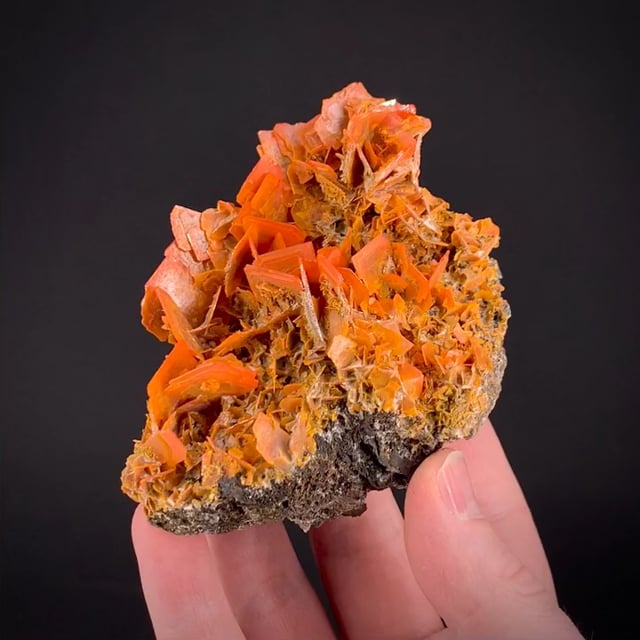 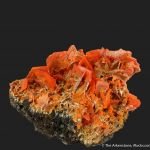 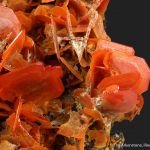 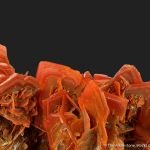 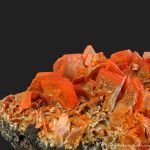 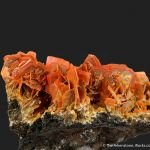 To paraphrase the Mineralogical Record: "In October 2006, the first really fine Chinese Wulfenite specimens were brought out of a remote area in Xinjiang Uygur Autonomous Region, which has a geology and arid climate similar to that of the great Arizona/Mexico Wulfenite province." This vintage, cabinet-sized Wulfenite specimen is from those 2006-2007 series of finds, and it features a large number of distinct, reddish-orange, bladed crystals. Displaying quite nicely on the matrix, many of the Wulfenites are over 1 cm on edge, translucent, and zoned. As is typical, a number of these fragile Wulfies have suffered some cracking, but most have not, and the overall aesthetics remain quite good. Any new find of crystallized Wulfenite always causes great excitement, and this find in China was no exception. A large, showy specimen at a fair price compared to what they were priced at the time, as this sat around in our inventory and was lost in the building moves, until now. 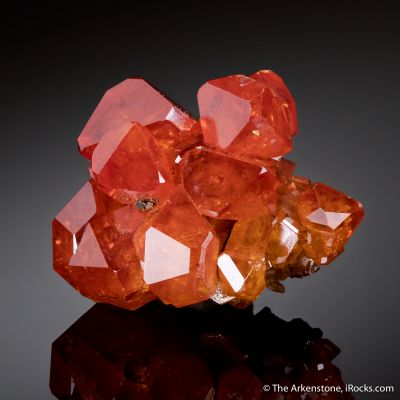 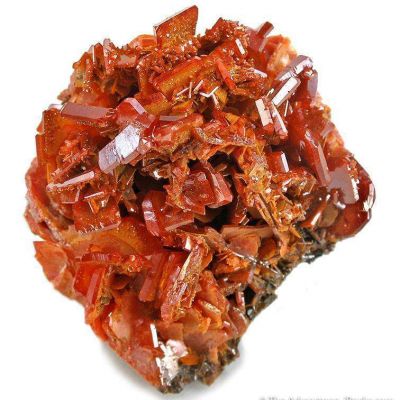 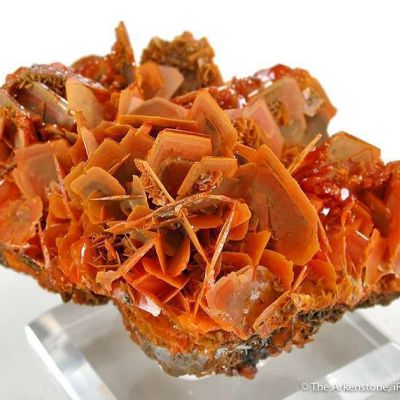 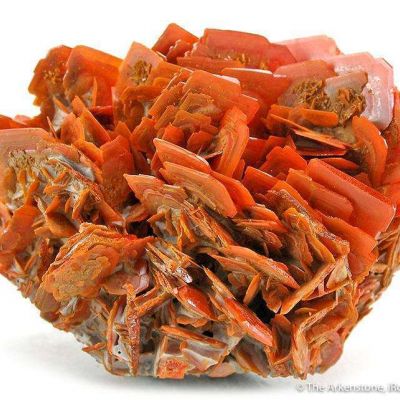 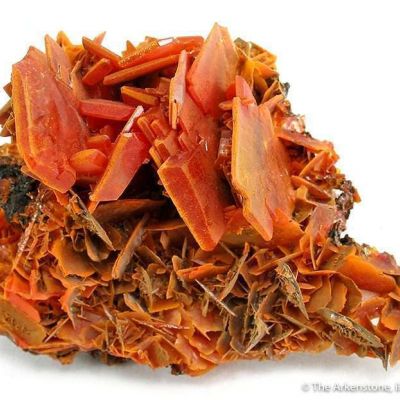 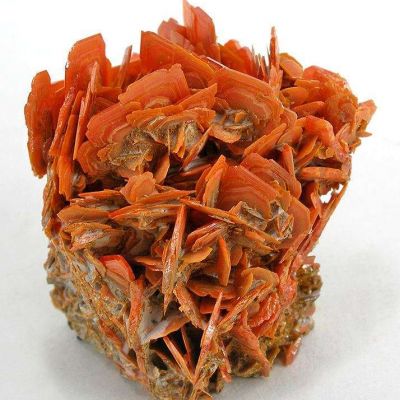 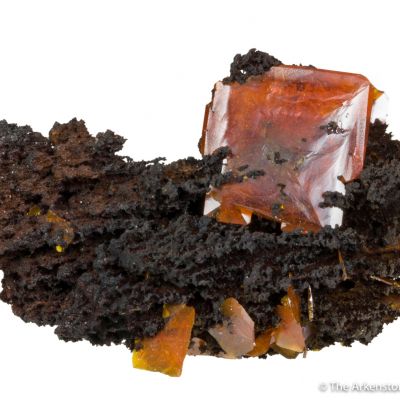 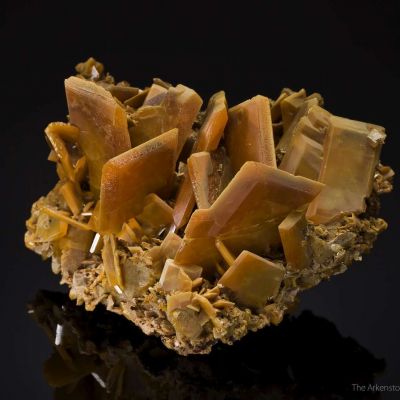 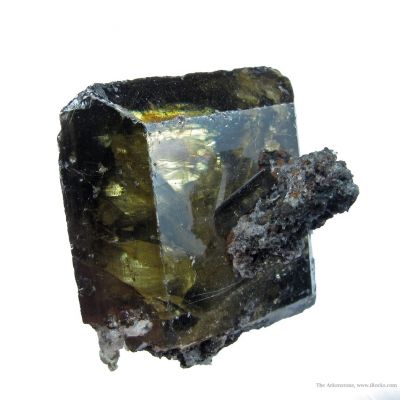 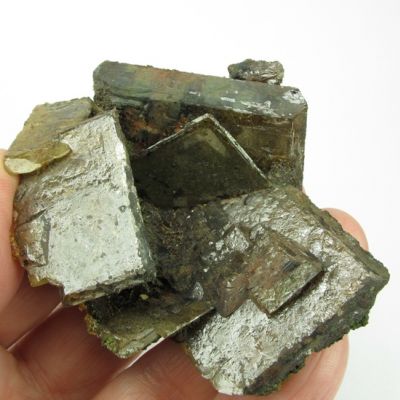 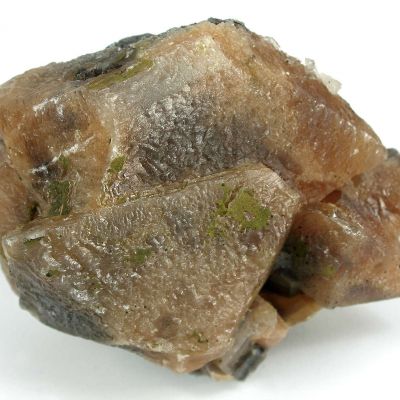 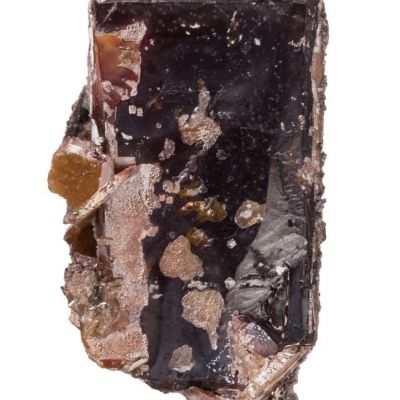 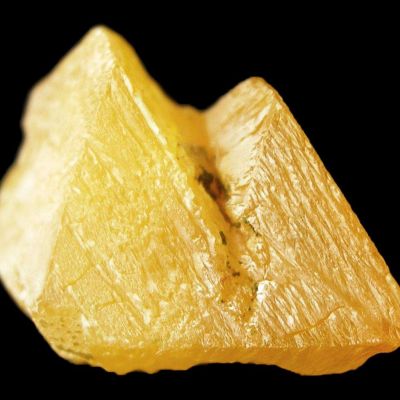 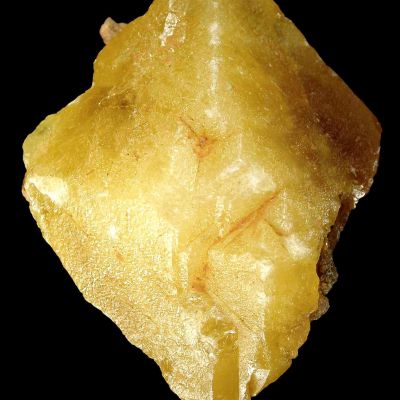 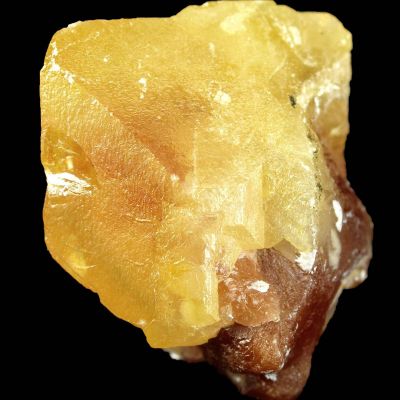 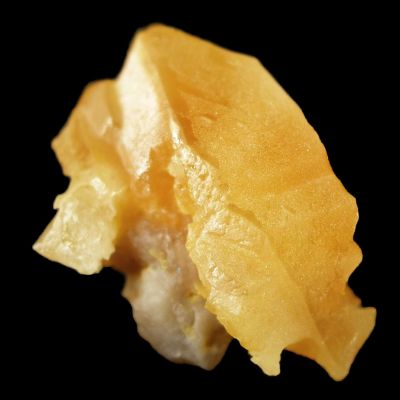 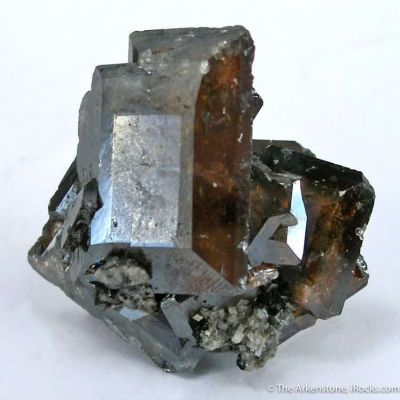 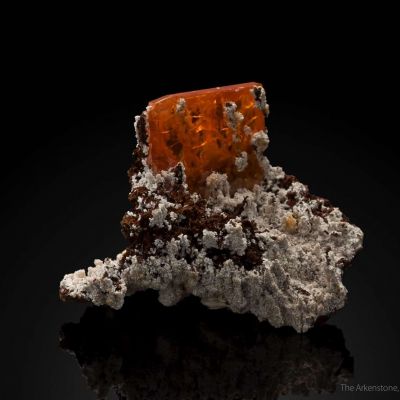 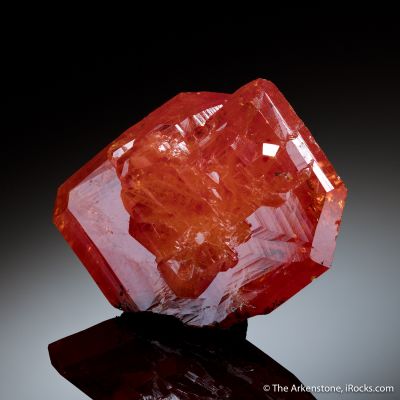 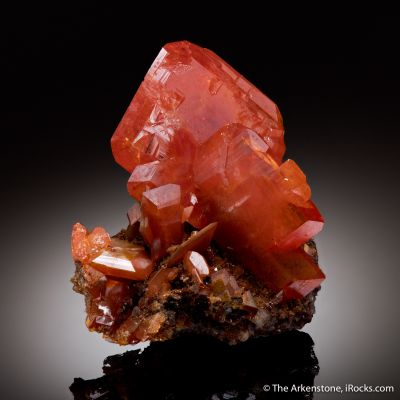