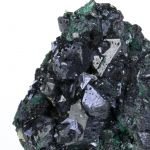 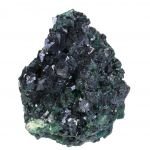 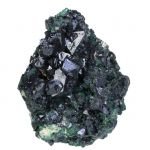 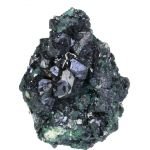 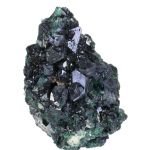 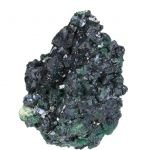 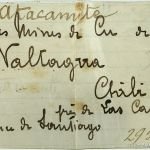 A very rare species and locality specimen, in crystal habit unlike other localities for this mineral. This specimen features SHARP, pseudo-octahedral crystals of atacamite (to 6 mm), robust and sharp on massive matrix. Most atacamite was found in the Antofogasta Region and not in the Santiago region of Chile. A very appealing, display-worthy specimen that is an unusual example for the species. For those who collect aesthetic display rarities, this is one sure to stump most people into guessing it is Libethenite or Malachite first. NOTE ADDED FROM CURATOR Pierre-Jacques Chiappero of the Parisian National Museum: I write you about your specimen of atacamite TUC 102-08. I recognized immediately the origin of this specimen. It belongs to the Vesignie collection. The name atacamite and the catalog number 2950 A had been written by him. Vesignie bought this specimen from the Parisian mineral dealer Deyrolle in June 1930 for 81 French francs. The initial handwriting give the locality in French that I can translate by from the copper mines of Naltagua near Las Casas in Santiago province, Chile. This specimen was obtained by the Museum in 1955. It was probably exchanged to a collector or a dealer during the sixties. Ex. Louis Vesignie, Musee National d' Histoire Naturelle of Paris and Wouter van Tichelen collections. Further note: I first had this nearly a decade ago. At that time, it did have a label, which has now been lost in handling. Luckily, we had an archival photo and a photocopy of the label shown does remain, and comes with the specimen and this note on its history. 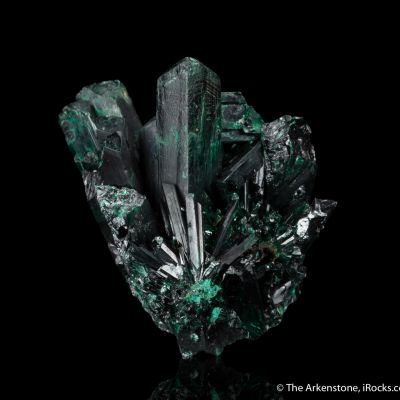 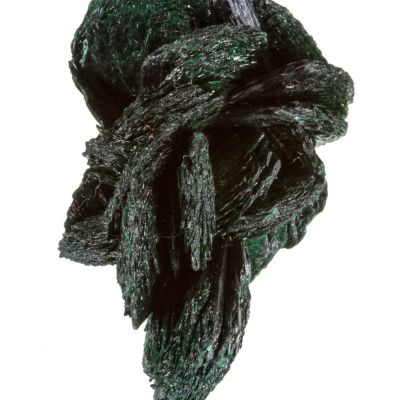 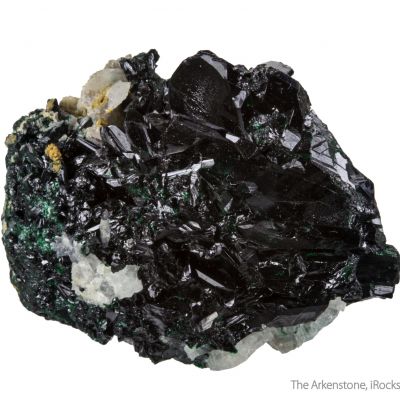 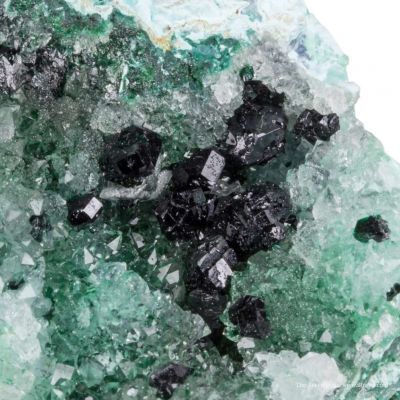