This fluorite is not like others we have seen, and it features a stark zoning at the ends of the crystals that give them such a sharp form and separated look, that it simply is more impactful than any medium-colored purple fluorite normally has a right to be. In person, it looks more three-dimensional, and the color contrast really leaps out. Steve Smale was one of the first Western buyers in China, meeting sources at Shenzhen on day trips, while based in and teaching Math at the University of Hong Kong in the early to mid 1990s. It gave him a unique access, most of us would cry for at the time. He bought heavily as the mines produced, in the glory days of polymetallic deposits like this mine, Yaogangxian ("heavenly celestial mountain," filled with cemeteries on the slopes). As the years went by, he reduced the average size of his pieces and his taste to miniatures and small cabinets, mostly, while I started collectinf cabinet sized China specimens in the late 1990s. Thus he traded this to me in the early 2000s, and it remains a unique style and relic of the 1990s production of this now-famous mine. I have owned it ever since, in my own collection for many of those years. Photo by Joe Budd. Comes with a custom lucite base. View 360 video at https://goo.gl/B1ME3L 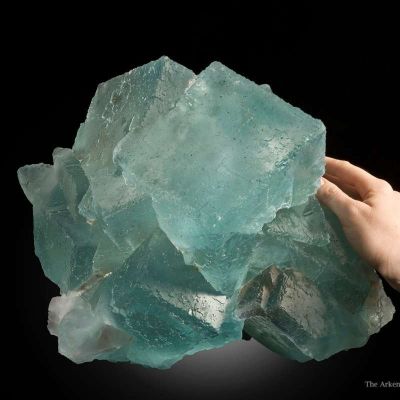 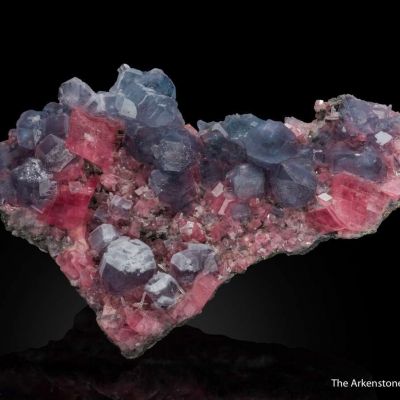