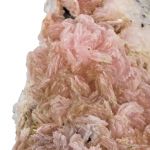 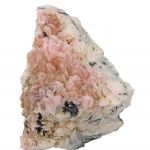 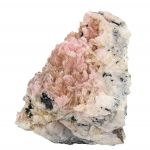 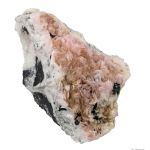 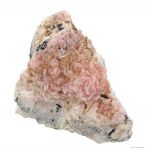 NOTE: In a bit of confusing name changes, this mineral formerly known as Marshallsussmanite was renamed schizolite by IMA in 2018, according to historical priority. Per Mindat: Described from Greenland by Winther (1901) and named from the Greek for its perfect cleavage. Based on later work (Schaller, 1955) the mineral was "dropped" from valid species status (pre IMA , so no official discreditation). In the early 2000s, the first specimens from the Wessels Mine were thought to be bustamite and later approved by IMA as a new species, marshallsussmanite. This submitted name was later discredited as marshallsussmanite actually matched to the previously described schizolite name that was still on record (2018). Click here to read more.

Intergrown, foliated, translucent crystals to 3.5 mm across of light pink schizolite are emplaced on a large matrix surface. This was mined in the second pocket of late 2013. 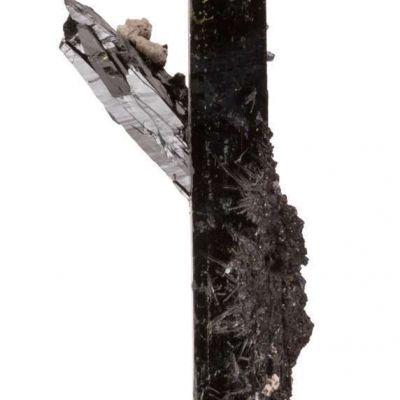 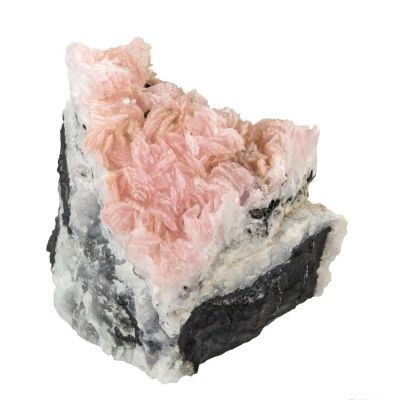 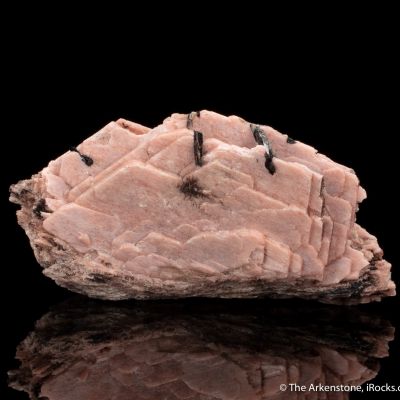 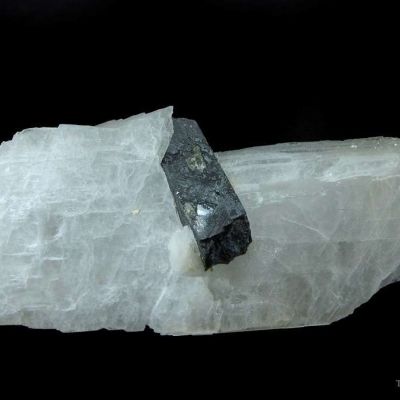 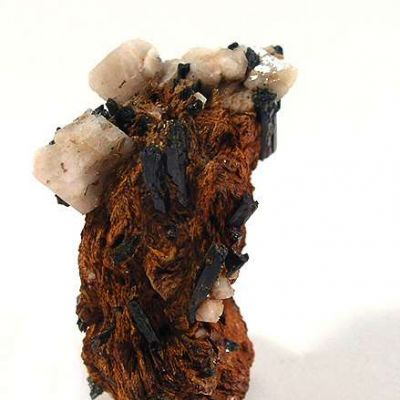