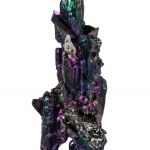 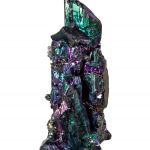 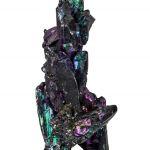 Rare today on the market, and among the most beautiful of their species! Shockingly iridescent, these are to me the finest examples of their species because they are so colorful and sharply crystallized. This competition-level thumbnail (or "toenail") stephanite specimen features superb, vertically oriented, stacked crystals, to 1 cm in length. It is from the Mark Mauthner collection, direct from Joe Weinholtzner (the miner who famously preserved them from the old find in a beer can in his home for a few decades). This was one of the choicest thumbnails in the lot and held back by Mark in his private collection. I obtained this (the first time) in a trade deal from Rod Tyson in the late 1990s. His label still accompanies the specimen as well (with $6500 price tag). These exceptional and uniquely colorful polybasite specimens were collected in 1977 by Joe Weinholtzner at this remote location. Rumor (and truth!) has it that nearly all were stored in a coffee can at the time and kept that way for many years, and up to decades, till he sold them. The specimens feature a very attractive purple/blue/red/green iridescence, which sets them off from other worldwide localities for these species. The mine is defunct and despite searching, no more have been found here in 30-plus years now. 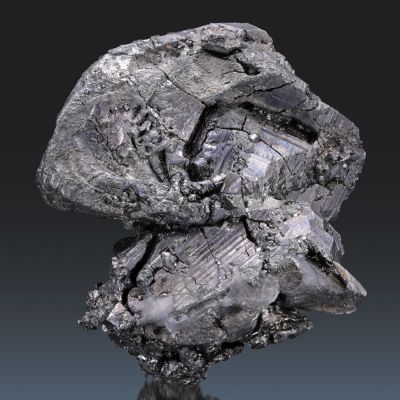 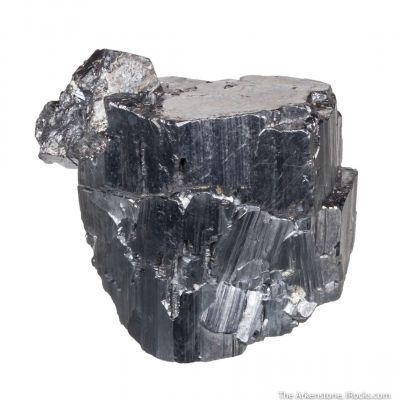 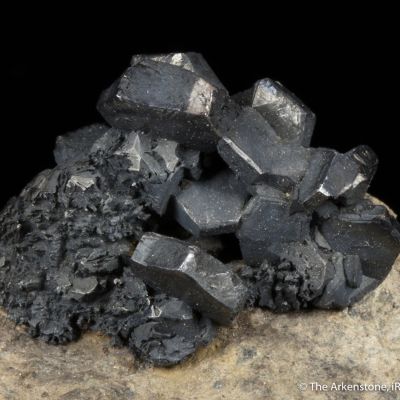 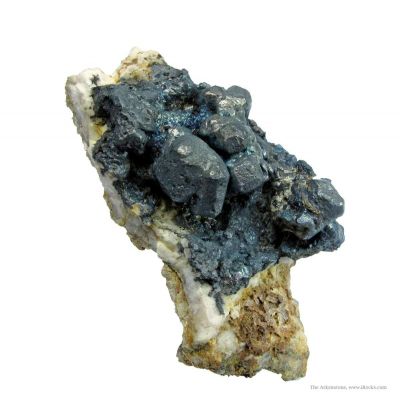