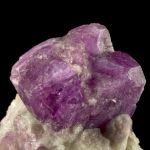 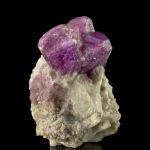 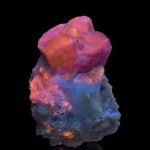 These rare specimens have an intense, saturated purple color so deep and vibrant that one's first thought is that the color is faked with food coloring or dyes.The crystal is a hair under 4 cm, very good size for such saturated color in this quality level. It is sharp and well formed on front and sides, contacted on the back, although 3-dimensional enough to display well. These crystals tend to occur embedded in the marbles of the location, and seldom do you get a pocket crystal that formed in an open space, and thus has better luster and form than most. This piece, however, grew in such a manner, which partly explains why it looks so different from the vast majjority of generally more pale, worn-looking examples from this locality (which has now produced the world's best of species). I have handled a few others which cost more money, some bigger and some smaller. However, as an overall specimen, this still ranks at the very top of those I have seen. Note, as a bonus, the intense neon pink fluorescence under UV light. Joe Budd Photos. 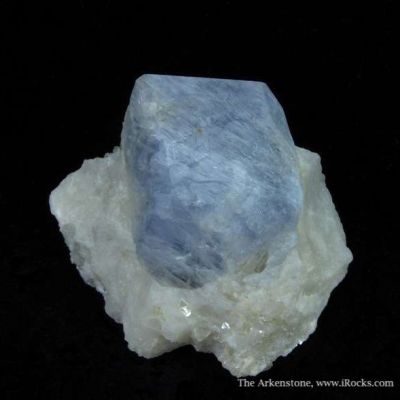 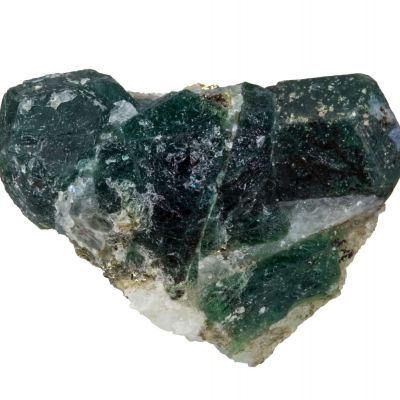 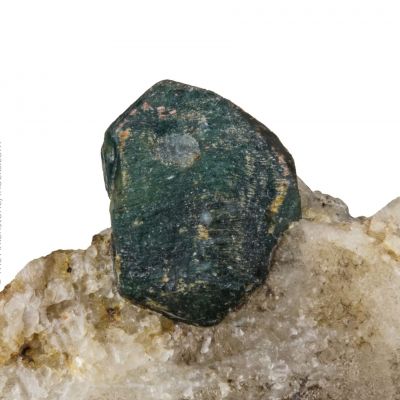 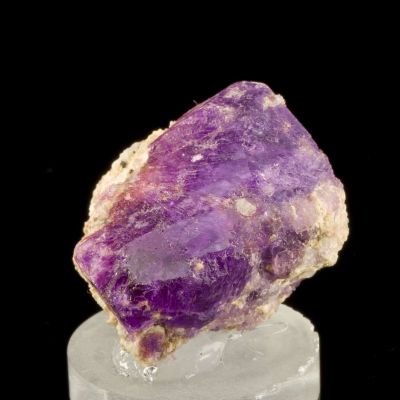 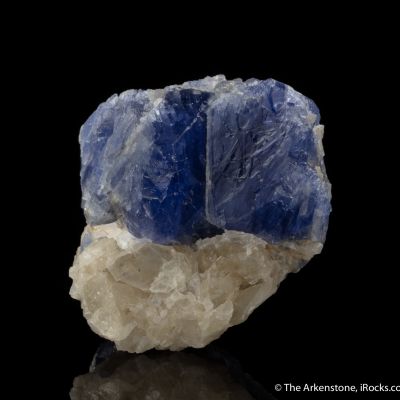 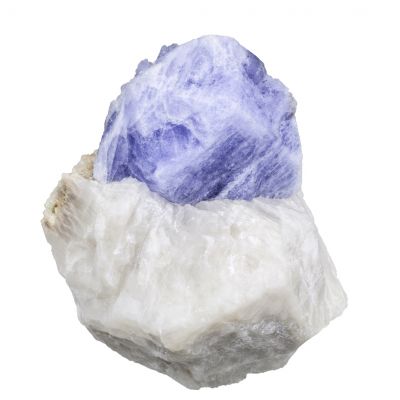 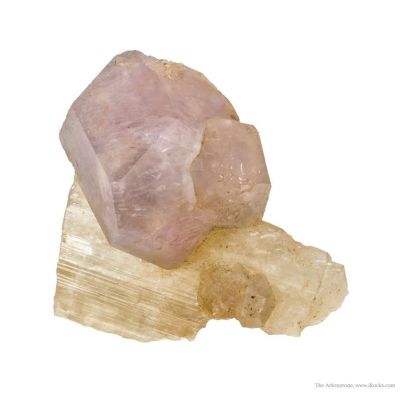