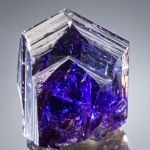 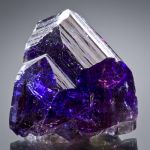 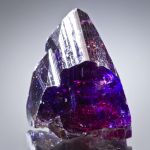 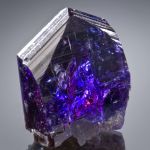 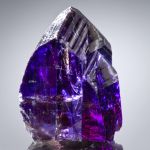 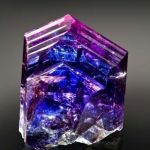 Few tanzanites show as much mixing of colors as this crystal does. By this, I refer to the fact that natural tanzanite is trichroic, viewed as blue or purple or red down each of the three axes of display. However, most tanzanites show discrete color, in which you must rotate the crystal a full 90 degrees to see the next color in line. This particular piece, which is also fabulously glassy and has a fat and geometric termination as a bonus, shows hints of its c-axis red color when viewed from the other angles. It is a squat, fat crystal at 50 grams, or 246.0cts. This came out in October of 2010. Because of the extreme color saturation, combined with high luster, it is very difficult for the camera to focus on the core of the specimen so that you can see how gemmy it is, in person. Instead the camera is trying to focus on both the front and back faces at the same time, leading one to think this is transparent to translucent when in fact it is more like transparency blue glass in person. The camera sees reflections off the clear back faces, bouncing back at the lens. However, it is actually almost entirely a true transparent crystal with more gemminess. The gem rough value of the specimen, in fact, is sizeable. I got it as a bargain, not cleaned fully, and hence the price per gram of this crystal with its intrinsic, high quality cutting rough, is a bit lower than normally would be the case if the previous owners had realized its potential to clean up. Do not let the relatively "reasonable" price fool you. I just got lucky - I could not easily replace this today for any cost of my own in the near price range to what we are selling it for. Joe Budd Photos 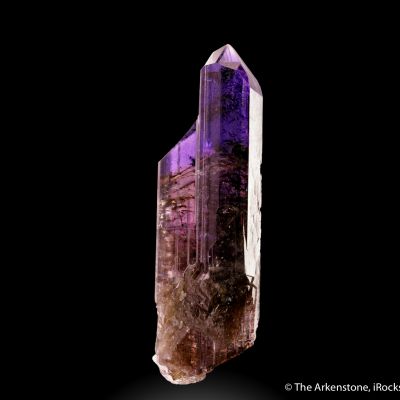 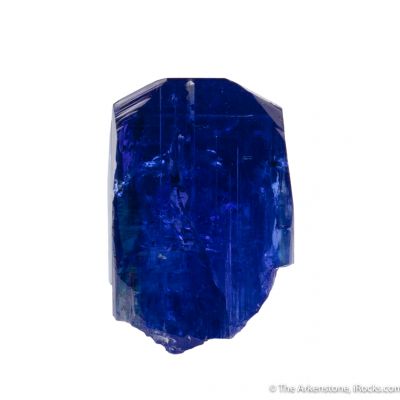 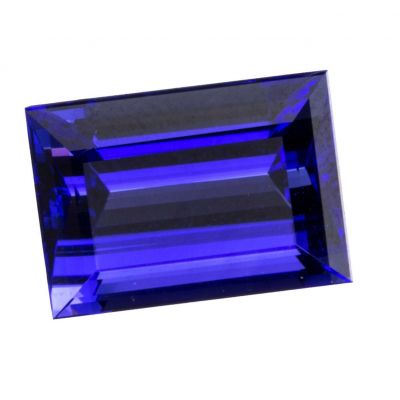 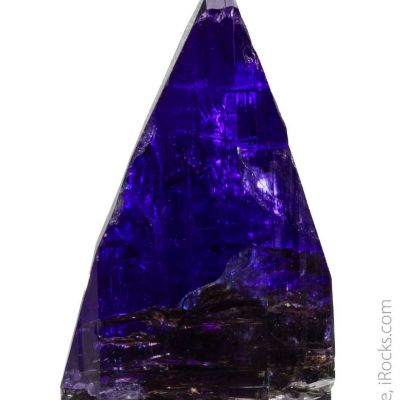 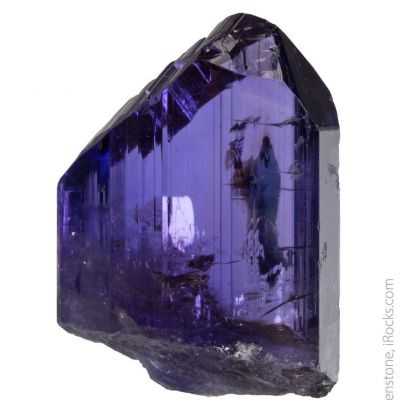 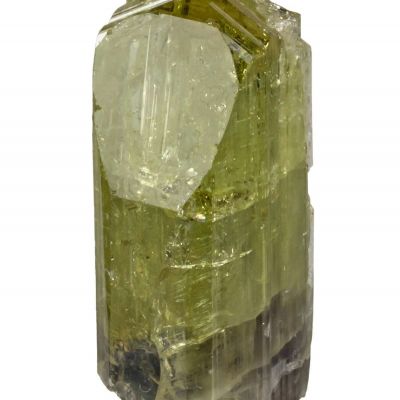 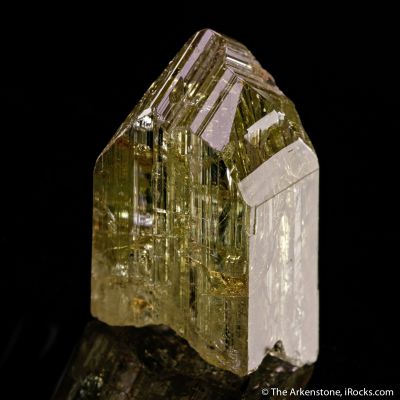