Tsumebite is a rather rare lead copper phosphate-sulfate, and a member of the Brackebuschite Group. It was named by Karl Heinrich Emil Georg Busz in 1912; the type locality for tsumebite is apparent, its namesake mine at Tsumeb, Otjikoto Region, Namibia. Once limited in occurrence, there are now over a dozen localities world-wide. Tsumebite occurs as crusts of intergrown, emerald green, monoclinic crystals exhibiting an adamantine to vitreous luster. Tsumeb is a world-class polymetallic ore pipe hosted in a dolomite sequence with complex mineralogy attributed not only to its primary sulfide ores, but also a later stage oxidation event that produced secondary enrichment of the sulfides and a plethora of colorful and chemically complex minerals in the very large and well developed oxidation zone. The deposit was mined primarily for lead, zinc, and copper, but also produced germanium, silver, and cadmium as byproducts. minerals associated with tsumebite at its type locality include malachite, cerussite, azurite, smithsonite, bayldonite, duftite, mimetite, conichalcite, and quartz. Unfortunately, most specimens labeled as tsumebite are actually arsentsumebite. Chemical and/or x-ray analysis is necessary for confirmation.

You can buy these rare emerald green crystals online from The Arkenstone, www.iRocks.com to add fine mineral specimens to your collection. 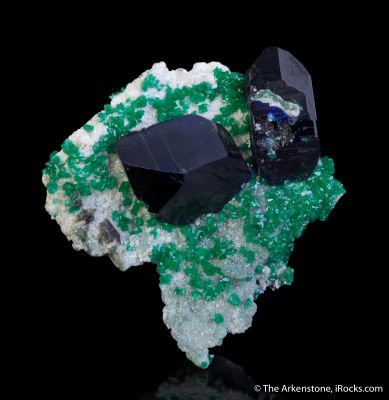 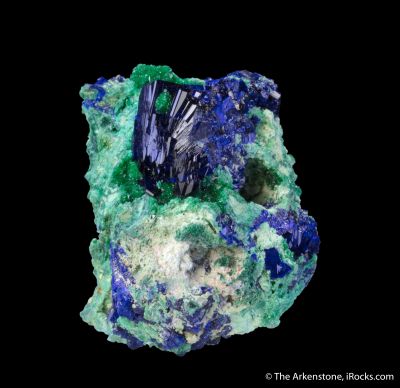 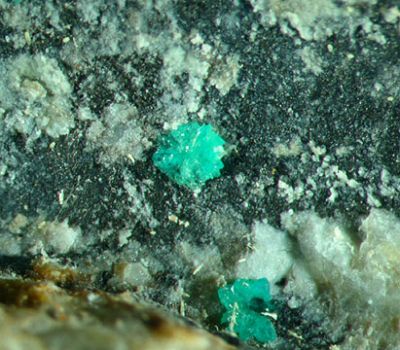 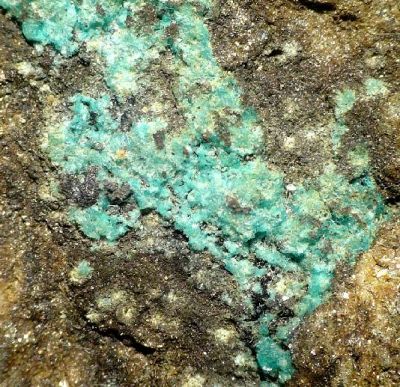