Minerals and gems expo set to sparkle in Chenzhou 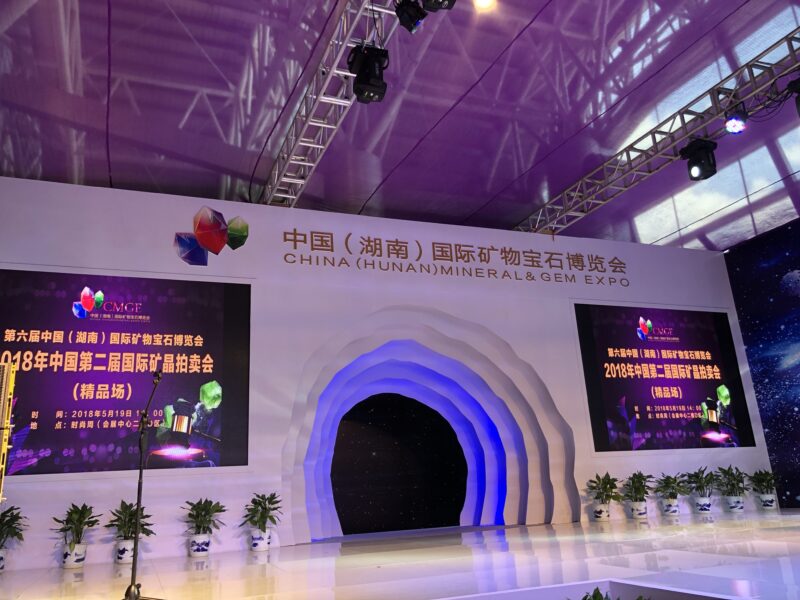 A fantastic stage set the mood for the Fine Mineral Auction at the China Mineral and Gem Expo in Chenzhou, Hunan, China. Monica Kitt Photo.

The China (Hunan) International Minerals and Gem Expo – staged each year in the city of Chenzhou, Hunan province – is set to again draw international interest and showcase the city’s bright business opportunities, according to local officials.

This year’s expo, the sixth show, will open on Friday and organizers said it will be another dazzling extravaganza.

They said a total of 2,800 exhibition stands, covering about 120,000 square meters, have been booked by more than 1,000 exhibitors from over 50 countries and regions including France, the United Kingdom, Italy, Germany, Belgium and Brazil.

Liu Zhiren, mayor of the mineral resource-rich city, said he believes the expo will continue to play its role as a platform to publicize the city’s business environment and forge deals, helping attract overseas businesses and push local companies into international markets.