Most people understand gold in terms of wealth and investments, but there is so much more to say about the mineral. Gold has had a long history as a currency and as a sign of power. Today, gold’s unique qualities have expanded its role as a conductive material, decorative accent, and a mineral collector’s favorite. Here is part 1 of our 10 facts about gold that you didn’t know:

Gold can be found around the globe

Gold can be found on every continent, including discoveries in Antarctica. However, not all locations hold equal amounts of gold. For centuries, the two largest deposits of gold were found in South Africa and India. Australia’s gold rushes began in the mid-1800s. When South African gold began to peak in the 1970s, other locations like Russia and the North American continent began to boom as the leading producers of gold. Brazil recently has hit a small deposit of beautiful crystallized golds.

Brazil recently had a find of beautiful gold crystals.

Two Olympic pools or 5 million liters is a figure that is frequently cited by publications using Thomson Reuters GFMS survey.[1] The truth of the matter is that coming up with an exact number is incredibly complicated, as many countries are secretive about the amount of gold they hold.

Mining for gold has been a practice for growing wealth since before the ancient Egyptians. History holds countless legends of gold hordes like Francisco Pizarro’s treasure exploits filling a 22-ft. by 17-ft. room and hundreds of bullion chests aboard sunken ships like the Nuestra Señora. Still “Two Olympic pools” is a safe estimate with cross surveys by the U.S. Geological Survey and the British Geological Survey.[2]

Gold is incredibly rare. In fact, the world produces more steel in an hour than it has ever produced gold since the start of written history. Looking at the number, the world increases the production of steel by 10,500 tons per-hour while gold production increases by 2,000 tons per-year![3] 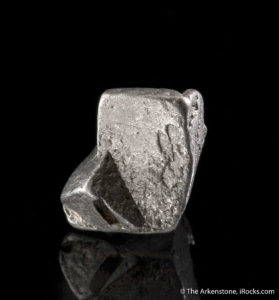 Crystallized platinum, an example of a noble metal is exceptionally rare.

Gold is a “noble metal”

“Noble metals” are a rare group of metals that resist corrosion and oxidation from moisture in the air. This is because gold’s electronic configuration prevents its electrons from reacting with chemicals that would cause base metals to rust or tarnish.[4] Other metals included in the “noble metals” group are silver, platinum, rhodium, and palladium.

A recent study by the University of Queensland in Australia discovered that water in faults vaporize and make gold during an earthquake.[5] During an earthquake, water moves from bigger faults to smaller fractures throughout the earth. At around 6 miles below the surface, the intense heat and pressure carries concentrated carbon dioxide, silica, and gold. When the pressure drops, the water is instantly vaporized to forcing out silica and gold. 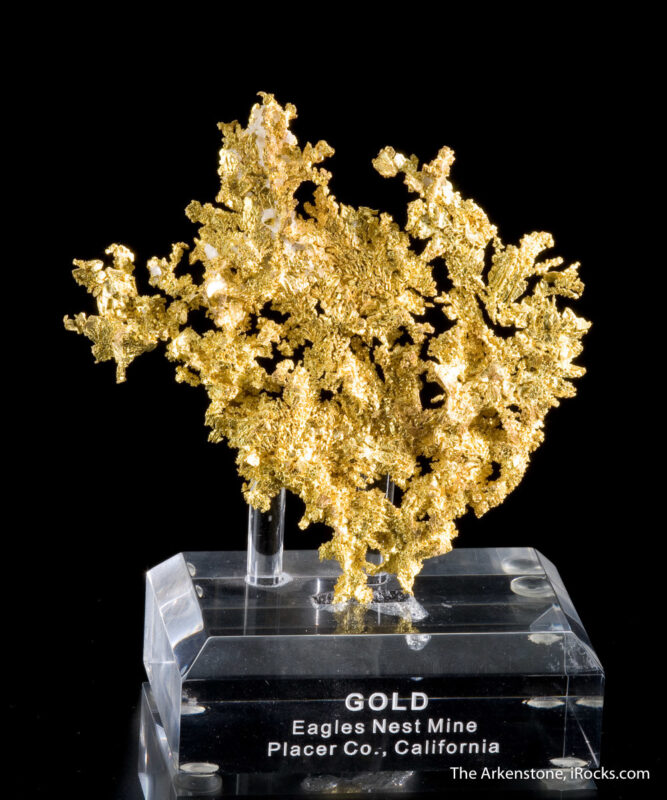 Stunning gold from the Eagle’s Nest Mine (Mystery Wind Mine) in Mariposa, California

Our fascination with gold has found many incredible facts about its history, uses, and qualities. Be sure to join our mailing list to stay updated.

Looking for gold pieces to add to your growing rare rock and mineral collection? Then follow the Arkenstone on their many mineral shows throughout the year! Information on the shows we’ll be attending can be found on our Mineral Shows page. We’d love to meet with you and talk about the specimens in our collections!

We’ve recently updated our galleries with specimens from around the world. You can find our latest collections here.