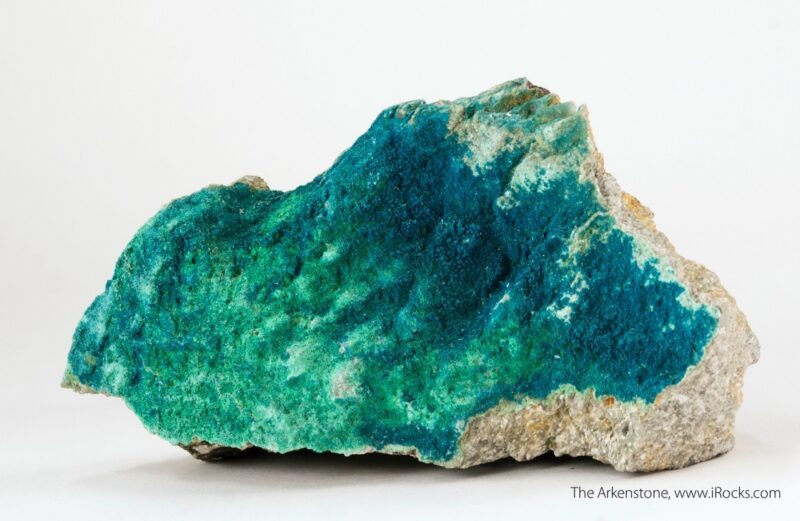 A natural rarity, langite is an unusual species of mineral – specifically, hydrated copper sulfate with hydroxyl. First discovered in 1864 by physicist and crystallographer Viktor von Lang (who was, at that time, a Professor of Physics at the University of Vienna), this beautiful blue-green mineral was named in his honor.

Langite is an uncommon find, though areas of discovery have been widespread. The first specimens were reported to originate in Cornwall, England – though deposits of these brilliant druzy crystals have since been discovered in other locales throughout the world – including sites in Wales, Ireland, France, Slovakia, Germany, Italy, Namibia, Chile, Australia, and the United States.

Formed from the oxidation of copper sulfides, langite is almost exclusively formed in druses of small, translucent teal or turquoise-hued crystals, with vitreous to silky luster. Langite is a soft mineral, with a Mohs hardness of 2.5-3 – slightly less than that of calcite – and exhibits a blue-green streak. Langite’s specific gravity is slightly less than that of a diamond, and lands in the range of 3.28-3.5.

Langite crystals fracture unevenly, and may exhibit a scaly appearance. Twinning is common, and often results in groupings which resemble a star or snowflake.

Langite is a secondary mineral – possibly of post-mine origin. It is dimorphous with wroewolfeite, and typically found within copper-bearing veinstone which has experienced oxidization. Because of its coloring, it is frequently confused with wroewolfeite and posnjakite – and though well-crystallized specimens can be easily identified upon field examination, these specimens are exceedingly rare – and most finds require additional analysis.

Fine langite specimens are, in fact, very rare – and have been found, to date, in very few localities. We’ve been fortunate to acquire these excellent specimens from a recent find – discovered in a classic Podlipa deposit, from a site located in Libethen, Banska Bystrica, Slovakia. The large, showy crystals are extremely unusual for this mineral, and exhibit a breathtaking blue-green hue which cannot be accurately conveyed in photo. 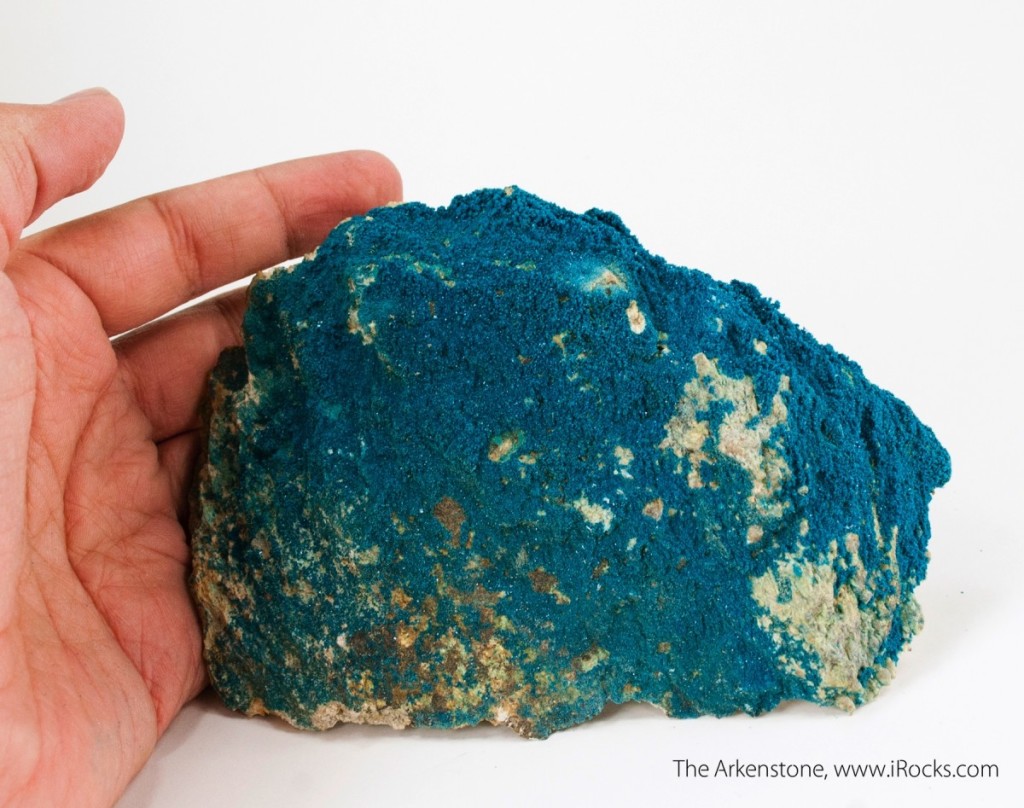 These beautiful crystalline specimens are a truly unique find, and will make a fine addition to any respectable fine mineral display – or an excellent holiday gift for the discerning collector. At iRocks, we believe in pricing our fine rocks and minerals affordably – which means they won’t last long. So, take a moment to view our available langite specimens, before they are gone forever!