The United States is home to many rare and unique minerals. From the benitoite of California to the turquoise of Nevada, there is plenty in the states to excite collectors. While these minerals have a lengthy history in the U.S.,  brucite is a mineral that doesn’t get talked about enough 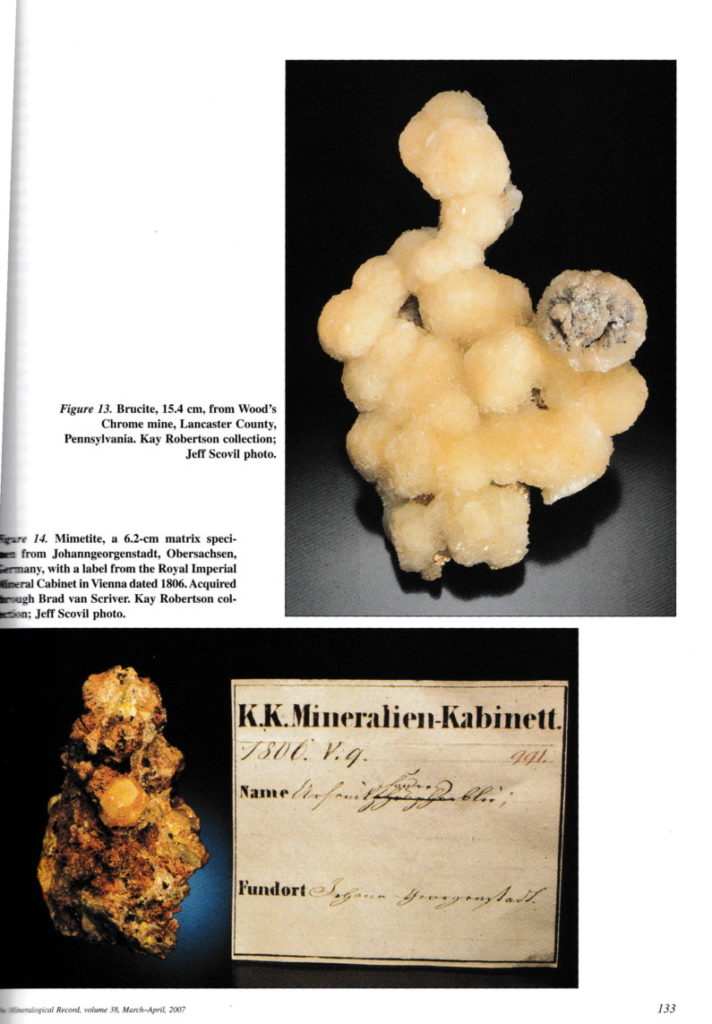 A Rough, Yet Fragile Mineral

Brucite has been found to take on a spectrum of colors. From light blue to milky white to lemon yellow, a specimen’s concentration of sulfur is the key factor to its color brightness.

Most brucite crystals have a pearly to chalky luster with a fibrous body. At a glance, the brucite looks rough and rocky. Yet, the brucite scores a 2.5 to 3 on Mohs scale.

Discovered in the United States

Brucite was named in 1824 after Archibald Bruce, an American mineralogist and chemist.[1] The first specimens were described as a “native magnesia” of Hoboken, New Jersey, until its unique properties were studied in Maryland. The best later came out of the Wood’s Chrome Mine in Pennsylvania, and one of the best of those is in the Kay Robertson collection, recently acquired by The Arkenstone.

The most interesting quality of brucite is its crystal structure. The mineral consists of magnesium hydroxide, which results in a chemical bond whose charge is canceled. In other words, the chemical properties of the brucite’s crystal structure is only held together by weak residual bonds. In addition to its crystal cleavages laying parallel to their plates, brucite is known to sheer perfectly into flat sheets. 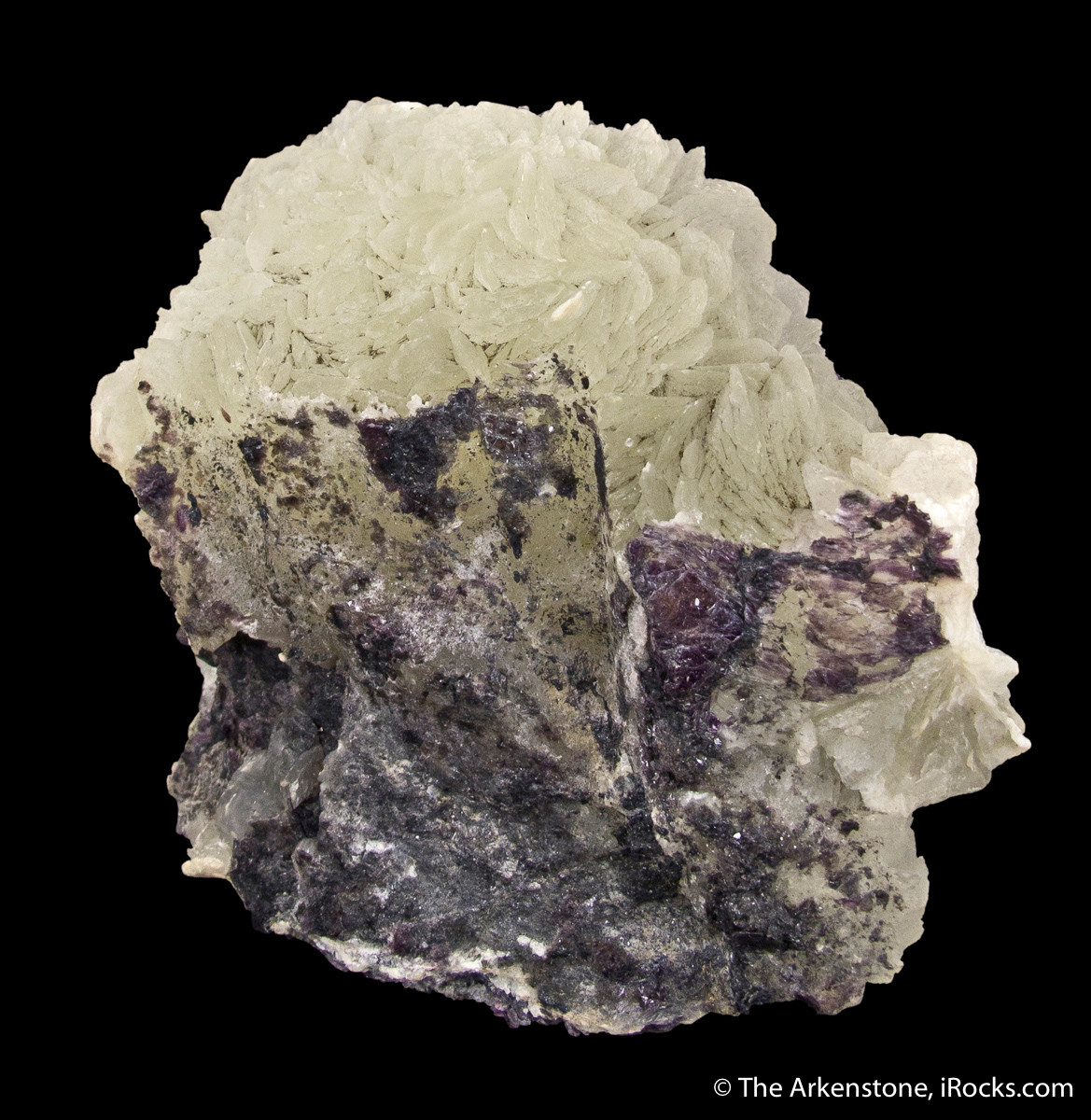 Green brucite from the famous Woods Chrome Mine, Pennsylvania

Brucite Crystals Are Hard to Come By

Although brucite is a common mineral, there are few locations that produce showcase quantities of crystals found in the world today. The majority of brucite can be found in the Wood’s Chrome Mine of Pennsylvania (over 100 years ago) and, recently, the Killa Saifullah District of Baluchistan, Pakistan. Mountainous and hard to reach, this material has been slowly trickling out for two years, and we have been buying up as much of it as we could, as it is significant and beautiful, both. 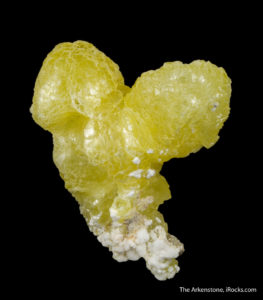 The Yellow Brucite of Pakistan

A recent major discovery of yellow brucite was found in the mountainous region of Pakistan. The yellow variety of brucite are extraordinarily rare in comparison to the more common pearly and colorless varieties.

The rarest specimens have a distinguishable bright lemon color that shine under display lights. Naturally, brucite crystals are highly fragile and the mining process is often done by hand. This has also resulted in some incredibly preserved specimens that are highly translucent – offering a richer yellow glow. 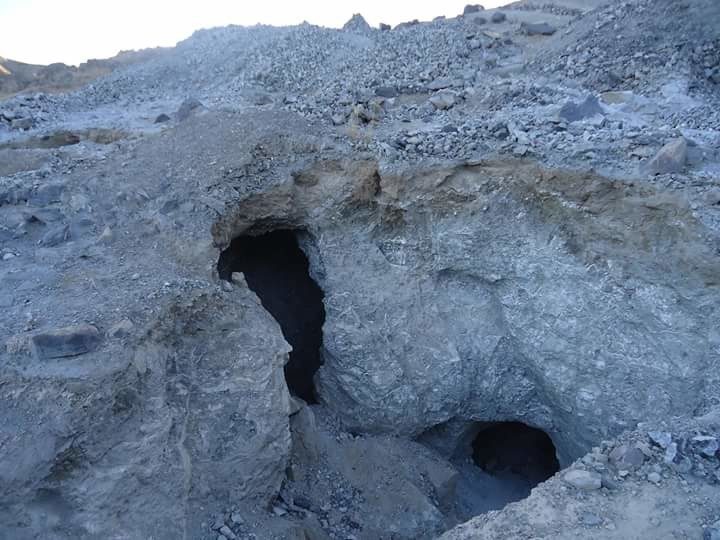 Brucite from Pakistan is found in remote, sparse, mountainous areas requiring skill and a lot of luck!

Mining for Brucite in Pakistan from The Arkenstone – iRocks.com on Vimeo.

Don’t forget to follow the Arkenstone on their many mineral shows throughout the year! Information on the shows we’ll be attending can be found on our Mineral Shows page. We’d love to meet with you and talk about the specimens in our collections!