An Introduction to Native Metals

Native metal is a term used to describe metals discovered in their natural, elemental form – either as an alloy, or in pure form. The list of metals which can occur in native deposits is long, though very few can withstand the natural processes of weathering and oxidization.

Most native metals (including aluminum, arsenic, bismuth, cadmium, chromium, cobalt, iron, lead, mercury, nickel, selenium, tin, titanium, tungsten, and zinc) are highly reactive when exposed to water, light, and other elements of nature – which means they are more likely to occur as small, isolated pockets of reduced ore, or as small flakes or inclusions.

Gold, silver, copper, and platinum are the least reactive of native metals. This greater capacity for endurance means they are the most likely native metals to be discovered in larger deposits – and their wider availability and occurrence offers a variety of interest to collectors. We’ve outlined some of their qualities, below.

The most familiar of native metals, gold has long been prized for its beauty, and rich yellow coloring. Its low melting point (approximately 1063’C) and malleable nature made it ideal for use by early cultures, adding to its perception as a valuable and precious material. Its high density lends it great weight, compared to most sediment – which means riverbeds have historically been an excellent place to locate smaller nuggets, grains, or flakes from placer deposits. Still, most mined gold is actually extracted from ore – often, from beds of white quartz or iron-laden rock, which is crushed and processed to remove gold traces – though it can also be found in larger veins, embedded in rock matrix.

Native silver is also considered a precious metal, whose brilliant white coloring, easy workability, and resistance to atmospheric weathering has made it a practical choice for use in trade, coin, jewelry, and ornamentation. It generally occurs in nature as an irregular mass, or in elongated, dendritic coatings – though it may also occur in cubic, octahedral, or dodecahedral crystalline formations. These can sometimes appear as nuggets or wires, such as in the photo above. Gold and silver alloys are often common – as are amalgams of silver and mercury. There are also a large number of silver compound minerals, such as tetrahedrite and argentite. Most silver is mined as a by-product from ores processed to obtain lead, copper, or zinc, and is recovered through a process of smelting and refining.

Copper is a native metal whose use by Native American civilizations can be dated back to between 6000 and 3000 BC. Stronger and harder than gold, it was still soft enough to be useful in the creation of tools, fishhooks, and other useful items – which made it very valuable to those who collected it. Its rich coloring makes it easy to identify – though it ranges from a bright, pale rose hue on fresh surfaces, to a deep brown or bright, oxidized green under longer exposure to the elements.

Copper generally forms in basic volcanic rocks, and in the reducing environments of sulfide deposits. Its usual habit is dendritic and massive, though it can also form wires. Crystalline formation is rare, but will generally develop as cubes, octahedra, or dodecahedra. The spectrum of copper minerals closely resembles that of silver, and natural alloys of copper and silver are not unusual – though native copper still comprises a significant percentage of the copper minerals discovered throughout the world.

Platinum is the rarest and most expensive of popular precious metals – even more so than gold. It’s white-metallic coloring is very fine, and it may closely resemble silver at first glance. It is extremely rare to find platinum in pure form; most native specimens contain traces of iron, and it is likely to be found associated with other elements such as gold, copper, and nickel, in alloyed form, or laced with other rare metals.

Platinum is the least reactive metal, and exhibits remarkable resistance to corrosion, even at high temperature – making it extremely valuable for industrial use. Due to its value, show specimens are scarce, and platinum is rarely represented in mineral collections.
Though these less-reactive metals may be discovered in varied sites of origin or locale, most other native metals are found only in very small quantities, or in very specific geographic locations – making them exceptionally rare and interesting specimens. 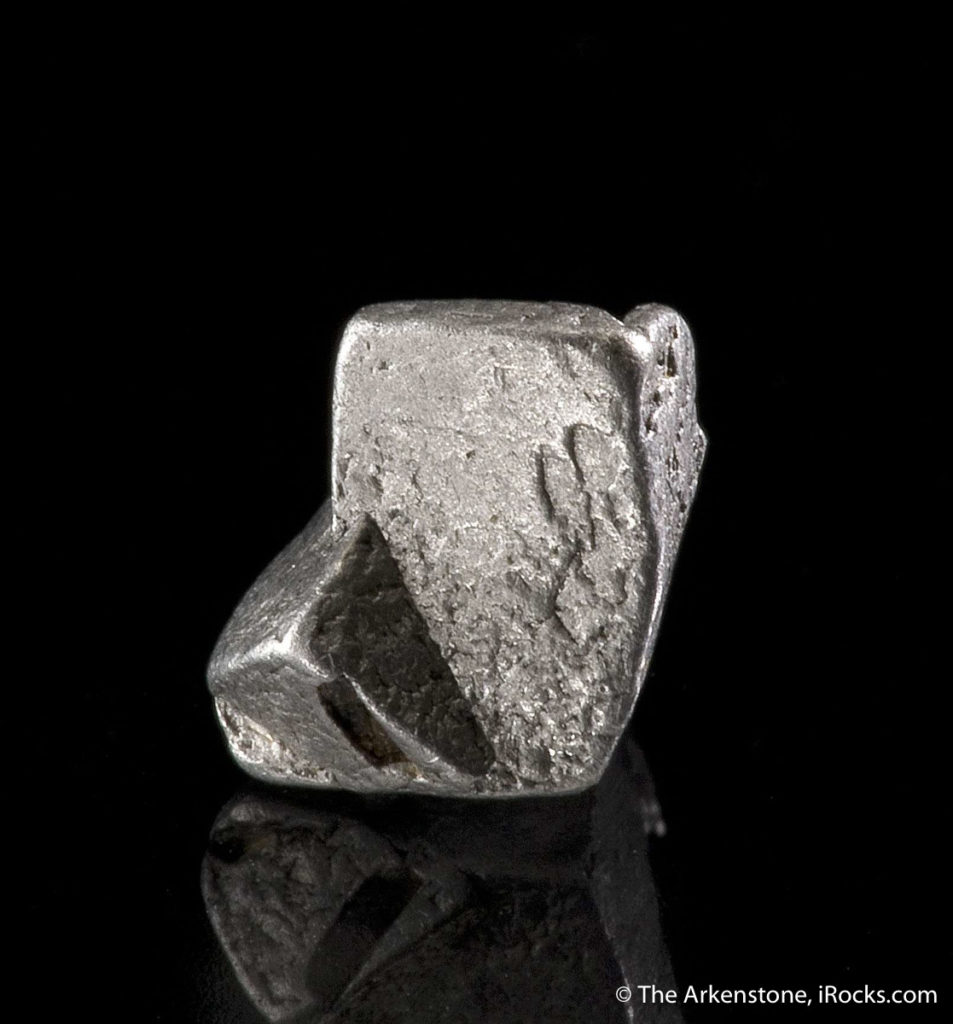 Interested in learning more about the collection and occurrence of rare species and native metal specimens? View our current selection – or contact the experts at iRocks, today!