The Petroleum Club - Minerals and Crystals on Display in Dallas 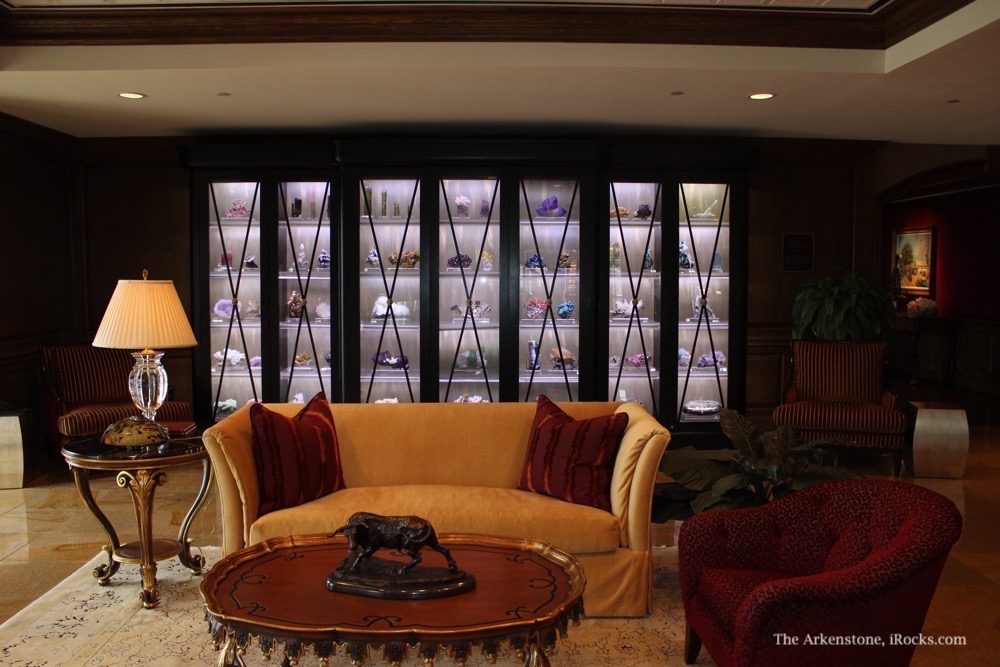 Until the opening recently of the new Perot Museum of Nature and Science, the only place in Dallas to see beautiful minerals on display was in the exclusive Petroleum Club of the Chase Bank Building, overlooking downtown Dallas. While few in the public got to see this, probably most of the oil and gas elite has known for years about the beauty and quality of the collection built by Jim Gibbs over 40 years of collecting. It is housed in custom wood cases on the 40th floor, which stun the viewer as you walk from the elevators to the dining halls.

We curated the collection for Mr. Gibbs, taking out all the minerals for cleaning and emplacement on custom  lucite bases engraved with their names, in around 2009-2010.  He updated the lighting soon after, so that this truly is a Museum quality exhibition, featuring dozens of large and impactful mineral specimens.

The collection has been in the Club about 40 years. A Club member had seen some minerals in the Houston Petroleum Club (now long gone) and after telling Jim about it, Jim "thought Dallas ought to  have some too"

"I was asked to provide some of mine to be placed in some old antique China cabinets that previously contained old books and plates. I said I'd do so if the Club would install new locks, lights, and provide adequate insurance."

When the Perot Museum was being planned, Jim was asked to move the collection there. However, he decided to leave it at the Pet Club. Soon thereafter, the reception area was renovated, and new cabinets were designed and installed to house the cleaned specimens. The lighting was installed by Tiffany. 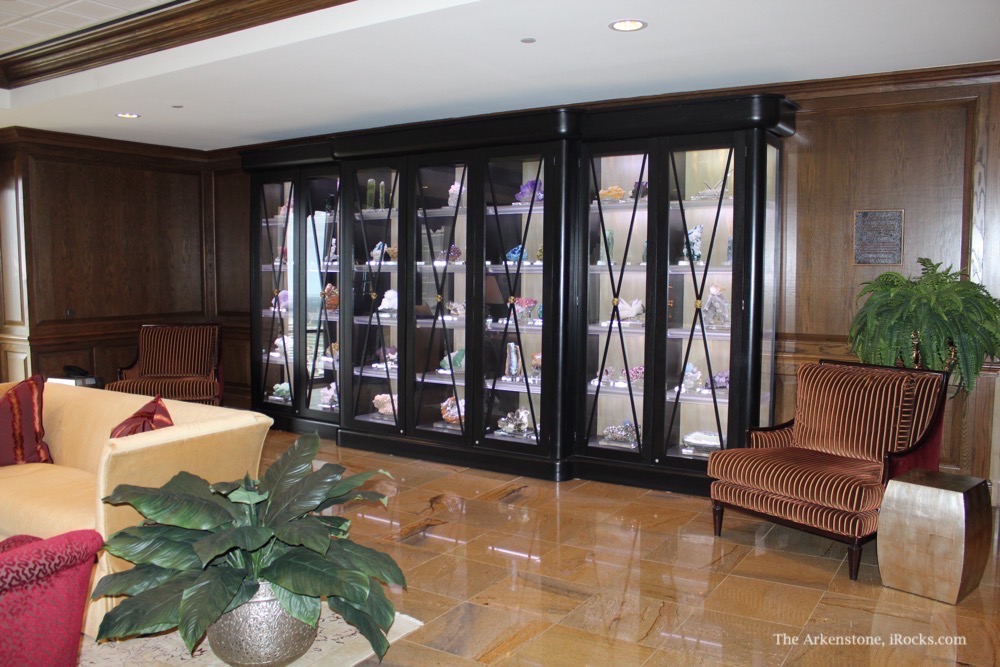 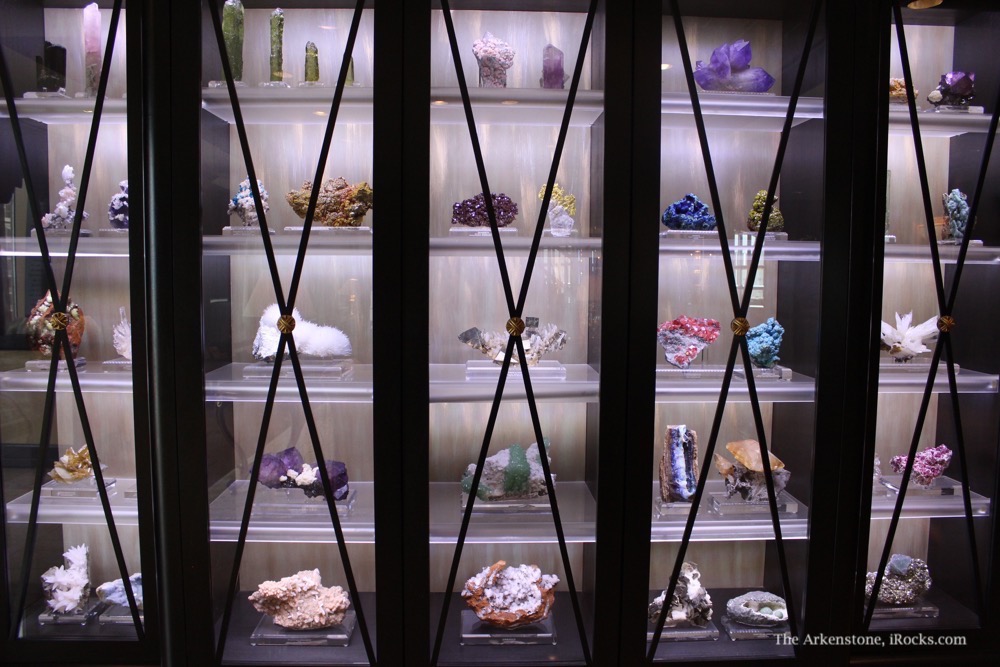 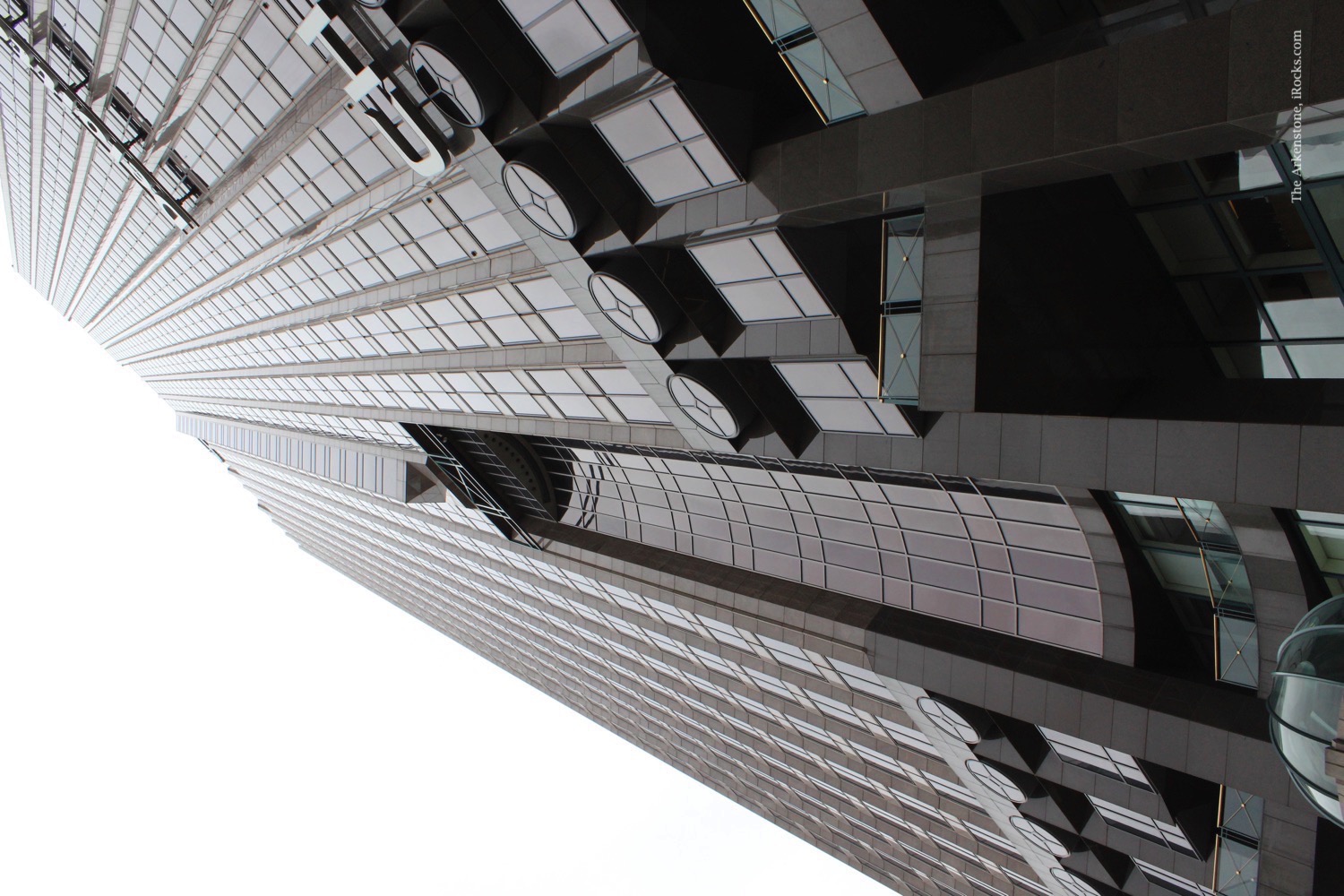 "I've received a number of compliments about it, and many people who have visited the club describe it as the 'club with the rocks in it.' I take pleasure in introducing nice mineral as to the public, especially children, and I've taken a number of groups to the club to talk about minerals and collecting. I also like the insurance and security the club provides."

While Jim is a regular visitor at the Petroleum Club, he makes an annual visit to dust the cases and to trade out a few of the pieces that are new purchases or pieces from his private display. Beyond that, the display is a constant delight and inspiration to guests and visitors.