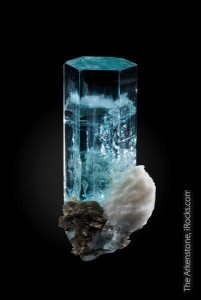 Fine minerals are specimens of naturally crystallized beauty that mesmerize those of us who collect them. They are regarded for every reason that a fine Rodin sculpture might be: provenance, condition, context and rarity. These are beyond mere ‘scientific objects’ to be put on a shelf. And, they are millions of years old. The shocking reality is that they exist at all, to enjoy, given the rigors of survival.

Tracing the History of Mineral Value
In the days of the European Royalty’s ‘Grand Tours’ around the Continent, fine mineral specimens were gifted as a matter of course, between educated members of the royal class. Cabinets of ‘natural curiosities’ were in many palaces of the times, and some even survive to the present. The Archduke Stephan von Habsburg-Lothringen  (1817-1867) was one of the greatest collectors of all time. In the early 1900s, the action in the mineral collecting world shifted to the USA, following the energy and dynamism of technology and new wealth. Notables such as Thomas Edison, Andrew Carnegie, and J.P. Morgan (the gemstone ‘Morganite’ was named in his honor!) were among the top collectors of the early 1900s, spending millions in inflation-adjusted dollars. J.P. Morgan’s collection still forms the core of the American Museum of Natural History in NYC to this day. After his donation, the era of fine minerals, and the appreciation of these treasures of Nature, withered.

Read the complete article as published in South Florida Opulence highlighting the Jerome M. Shaw Collection and the Pinnacle Collection.