Rubies: The Passion of the World 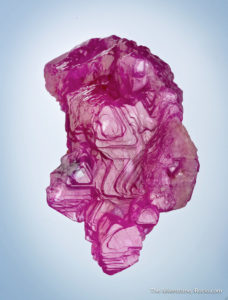 The fire of the precious stones world belongs to the Ruby for its deep red colors and exceptional value to many cultures around the world. Rubies are considered one of the true precious stones with Sapphires, Diamonds and Emeralds. The intense color of Rubies has inspired incredible events and traditions in human history, many of which are still observed today.

The Fire of Ruby

Rubies are a red variety of corundum with aluminum oxide bonds and are close cousins to the Sapphire. Where Rubies differ from Sapphire is in their color, which is attributed to an intensity in chromium impurities. Large carats of Rubies can be exceptionally expensive, because large specimens, especially natural, unheated crystals and gems, are incredibly rare.

What makes the Ruby especially unique from other rare stones is its hardness. Second to the Diamond, the Ruby is one of the hardest stones available, making it a highly sought after specimen for jewelry and amulets.

The Ruby has been a symbol of divine power and wealth in many cultures throughout history. The rich red color of Rubies is oftentimes compared to the passion of love and long vitality. Many powerful rulers and religious figures keep Rubies for protection and good will.

Some of the first mentions of Rubies and their affiliations with power can be found multiple times in the bible. In Exodus, God orders Moses to create a fitting place of worship by taking care of the priests. One of the orders was to fix the breastplate of the high priest with a Ruby, dignifying the priest.[1]

The book, Proverbs, also uses a Ruby to price the value of wisdom.[2] When Solomon describes the wisdom of God’s judgement as surpassing the most valuable and precious earthly material – the Ruby.

The cultural significance of Rubies isn’t limited to Judo-Christian faiths. In Asia, the Hindus regarded Rubies as the most valuable precious stone. Rubies were also integrated into the caste system by their purity. The “Red Lotus” Ruby was the most precious of the Rubies for its deep redness and was worn by the members of the Brahmin caste.[3] 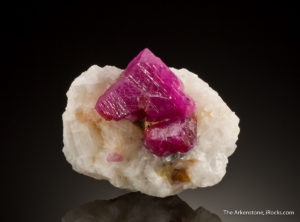 The Hindus believed that the deep color of the “Red Lotus” Ruby held special protective properties that were only accessible to the Brahmins. It allowed caste members to have perfect communication with the Gods.

The Power of Rubies

The rarity and deep red colors of the Ruby make it one of the most sought after precious stones. There are many fascinating stories of great exchanges being made for incredible Rubies.

Since the 13th century, many British monarchs have used Ruby gemstones in their coronation rings. From James VII to Queen Mary, Rubies have been a symbol for a successful lineage, wealth, and power. In addition to other fine jewels, the Ruby ring of Queen Victoria was left to the Crown for future monarchs to carry the tradition.

The deep red color of the Ruby carries a long and rich history that continues to grow into the modern world. The fame that accompanies these rare ad precious stones make them highly sought after by Rockhounds and collectors for their significance.

Looking for Rubies and other rare stones? We’ve recently updated our galleries with a variety of specimens that will add more shine to your collection.

You can find our latest galleries here. Also, don’t miss our listings for our many rare rock and mineral shows. We’d love to meet with you and talk about expanding your collection!

[box]As a fun extra fact, there is a famous piece in the British Crown Jewels involving rubies with a complicated back story… the Imperial State Crown, made in the 1800s, includes the famous Black Prince’s Ruby, first heard of in the 1300s, already several centuries old.[5] It was only until much later that the famous stone was analyzed and found to be a spinel, often mistaken for ruby. Spinel wasn’t identified and till much later in history, so the giant red stone was misidentified. Stay tuned for a future blog post about other famous spinels thought to be rubies![/box]