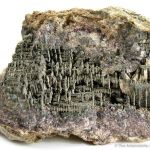 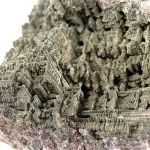 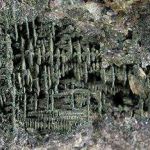 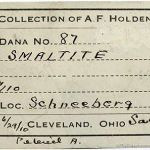 This is a mesmerizing specimen that is so unlike most smaltite that we see from Germany or Morocco. Smaltite is Arsenic deficient variety of Skutterudite, now stripped of its species name. Its habit is so radically different from the "classical" style of lumpy crystals on a massive ore, with no contrast. Instead, we have this cityscape arrangement of crystals, reticulated (twinned ?!) and complexly intergrown, arranged inside a natural cavity of fluorite and Baryte matrix. Its long history surely started in the mid to late 1800s and then we can track it from within the collection of noted collector Albert Petereit (1860-1917), who sold it to AF Holden (1863-1913) in June of 1910 (see label). He donated his substantial mineral collection to the Harvard Mineralogical Museum in 1911, according to his biographical listing above. In Harvard it remained until the 1960s when it was traded out to Phil Sclaisi, in whose collection it stayed for some 40 years till I purchased it last year. 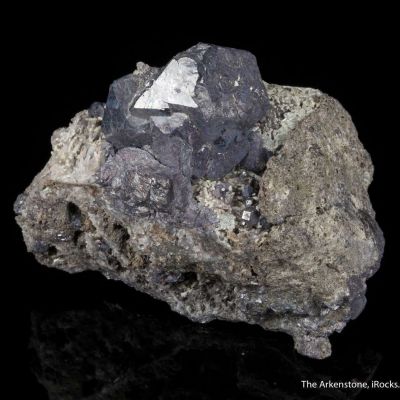 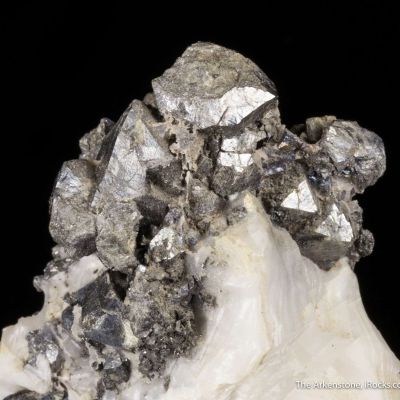 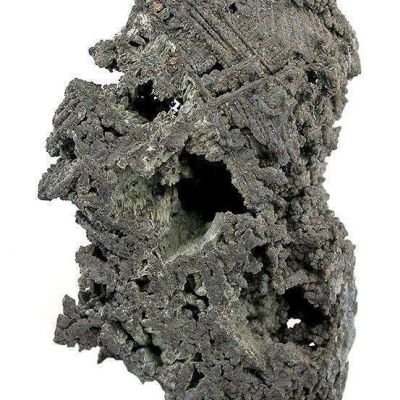 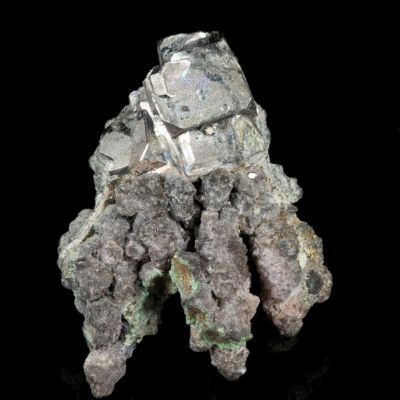