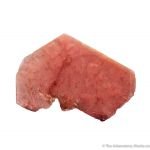 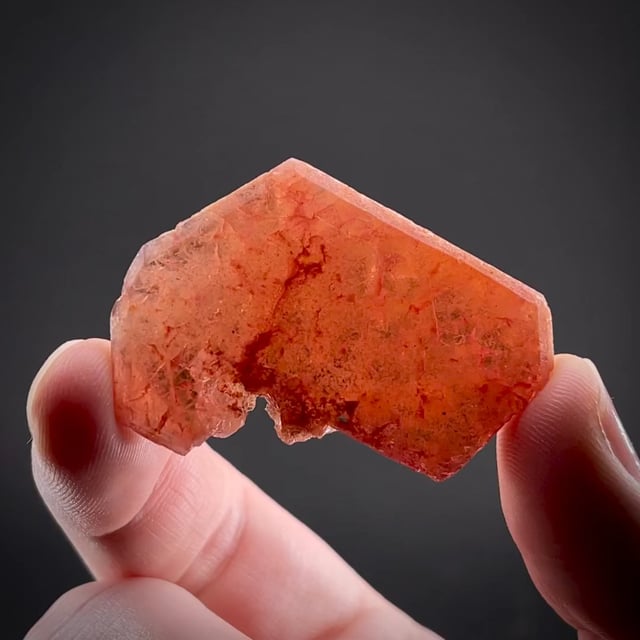 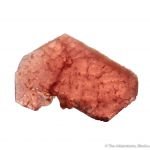 A large, and significant crystal for this very rare gemstone species, a neon pink-red Pezzottaite from the type locality in Madagascar. This is a superb, complete, tabular hexagonal Pezzottaite crystal with well-developed, broad, flat terminations modified around the edges by complex modifications (pyramidal faces). It has robust, raspberry-red color and is gemmy throughout. The broad faces have a satin luster. One side displays stepped growth with progressively smaller hexagonal growth forms - mesmerizing detail! It is pristine save for a few tiny contact notches at the bottom where it grew from matrix (most of the pocket of 2003 was found, collapsed, and few matrix pieces exist; the majority being floaters such as this). The species was named after Dr. Federico Pezzotta of Milan who brought it to light as a new beryl species; and it is the only recently identified new species of Beryl (2003) as the cesium-beryllium-lithium member of the Beryl Group. Large crystals like this were few and far between and none have been found at this locality since 2005. It is essentially a dead locality and these are therefore among the most rare of gem species crystals of any size and color. Many crystals of this size were cut into cabochons which show a striking color and often a cat's-eye pattern, but at a loss to collectors who wished to preserve them. This superb crystal is 20 grams (and it is lightweight, so that is actually a hefty mass for a single crystal here)