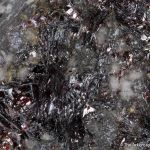 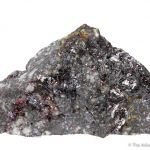 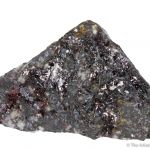 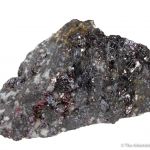 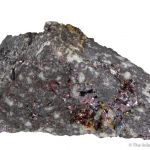 Rich crystals of scarlet to wine-red fettelite to 2mm on bright metallic proustite. Best of species crystals for fettelite originating from the Chacabuco mine in the Atacama Desert region of Chile. As in the other specimen from this update, it is probably an old time pieces mined before 1900 consisting of fine fettelite crystals to 2 mm in small vugs and coarse, wine-red, subhedral aggregates up to 1 cm in the massive proustite. Fettelite is an extremely rare silver-mercury-arsenic sulfide (sulfosalt) and is found at only four total worldwide localities. Some of the crystals are significantly over 2mm, i.e., the nearly black-looking blades. These pieces represent those from which the crystal structure was determined in by Frank Keutsch and others as published in the American Mineralogist in 2009 and these are from his personal collection. Comes with Keutsch label noting that this specimen was in the same lot used to determine the structure type. 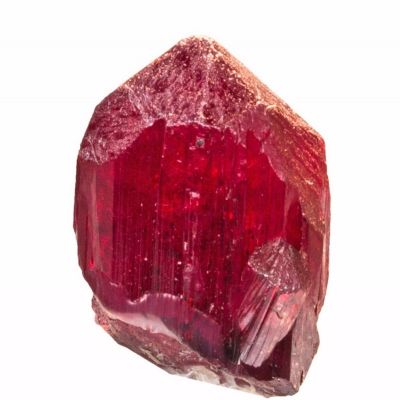 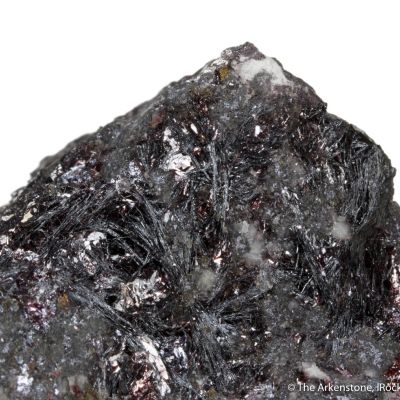