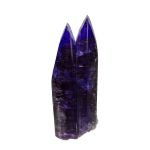 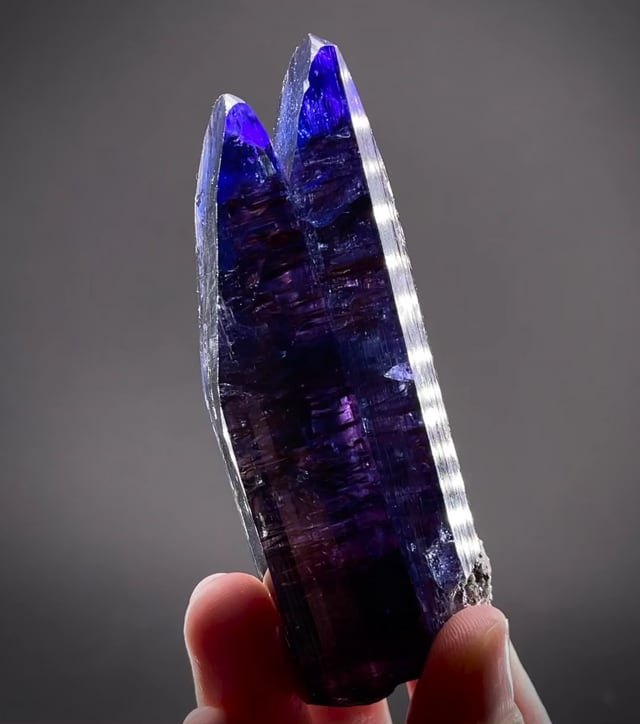 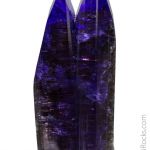 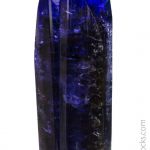 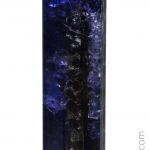 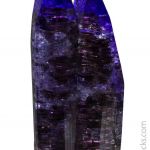 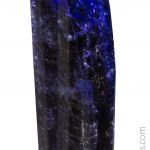 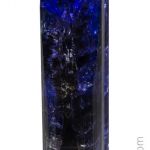 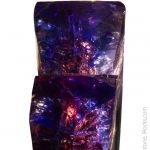 Most tanzanite crystals, for whatever reasons of science and geology, form as "singles." A double, especially a cluster as balanced and symmetric as this, is extraordinarily rare in the mineral world. This piece is complete all around, 360 degrees. It is not the most gemmy, although it is translucent, but it has intense color and sharp geometry that draws the eye. As you can see in the photos, it exhibits the traditional famous dichroism of color for tanzanite, blue and purple at alternating 90 degree turns. However, the colors actually merge a little bit here, and you see purple highlights on what would normally be the blue side, and vice versa. Tanzanite crystals are often heated at the source to see if they go to a more uniform and deep blue color for the gem trade. In this case, the heated blue saturation can approach that shown on this crystal. However, the colors on natural tanzanites often show a third component down the C-axis, with color in red to magenta or brown, and this color would disappear after the heat treatment. This piece shows strong red coloration when lit strongly from the bottom-up, as you would expect (and thus proves it is natural and not heated for the intensification of a blue color saturation). Pristine, save for only a tiny ding on one tip that could be restored if desired. 191 grams. Comes with a custom lucite base.