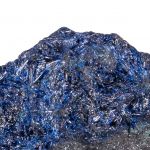 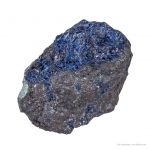 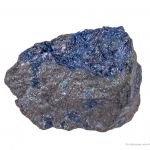 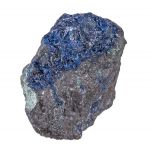 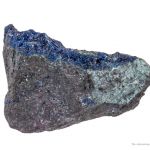 Concentrated on this nicely trimmed matrix are rich, radial sprays crystals of gemmy, neon-blue connellite, an uncommon copper chloride sulfate. This little rock is actually a major specimen, one of the highlights in the noted Bisbee collection of Arizona locality collector Dennis Mullane. I obtained his large Bisbee collection from his estate after he passed, and I have seldom seen an old Bisbee connellite so rich in material as this. In person, it has a color that leaps out, even among larger specimens, and so I regard it as a significant display quality specimen of this species as well as a piece of some scientific and locality import. It is a funny coincidence that I had set this back for analysis and forgotten to put it back into the inventory after getting it back from the lab, while in the meantime I now also have the very fine specimen of connellite from the Wright collection, as well (specimen TUC14-12) . 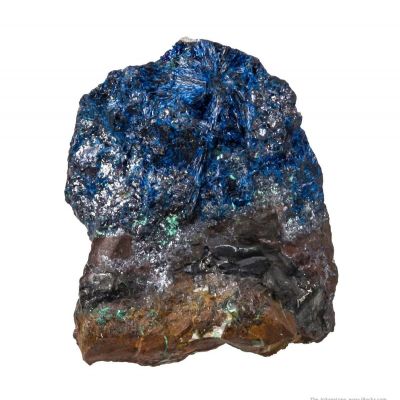