Moraesite is a hydrated beryllium phosphate hydroxide named in 1953 for Luciano Jacques de Moraes, a Brazilian geologist and mineral collector. It forms white, translucent, spherulitic masses, as distinct crystals, and as crusts with a coarse fibrous structure with crystals acicular [001]. Moraesite occurs as a lining in fractures that have developed in beryl, albite, quartz, and muscovite and is associated with frondelite, and other secondary phosphates at the Sapucaia pegmatite mine, Sapucaia do Norte, Galiléia, Doce valley, Minas Gerais, Brazil, the type locality. Other localities in Minas Gerais, Brazil, include the Almerindo mine, Pamaro mine, and Telirio claim, Linopolis, Divino das Laranjeiras, Doce Valley; Ponte do Piauí claim, Piauí valley, Taquaral, Itinga, and Jequitinhonha Valley. It is also found in the Viitaniemi pegmatite, near Erajarvi, Finland; at Arnac-la-Poste, Haute-Vienne, France; Bojeveskoje, Middle Ural Mountains, Russia; and in the Londonderry quarry, near Coolgardie, Western Australia. In the USA, it occurs in pegmatite at the Palermo #1 mine, near North Groton, Grafton Co., New Hampshire; from the Dunton quarry, Newry; at the Mt. Mica quarry, near Paris, Oxford Co., Maine; and at the Foote Lithium Company mine, Kings Mountain, Cleveland Co., North Carolina.

You can buy these rare white sprays online from The Arkenstone, www.iRocks.com to add fine mineral specimens to your collection. 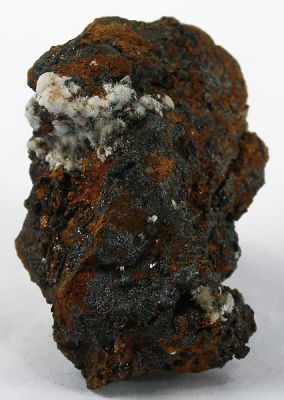