Arsentsumebite is a lead-copper, arsenate-sulfate containing hydroxyl characterized in 1966; it is the arsenate analogue of Tsumebite (as demonstrated by its name), and is a member of the Brackebuschite Group. It forms emerald green, apple green, yellow-green, distorted crystals with a vitreous luster, with occasionally complex twinning is observed and is often found in aggregates and as crusts. The type locality for Arsentsumebite is the namesake Tsumeb mine, Tsumeb, Otjikoto Region, Namibia, a world-class polymetallic orebody with complex mineralogy attributed not only to its primary sulfide ores, but also the later stage oxidation event that produced secondary enrichment of the sulfides and a plethora of colorful and chemically complex minerals in the very large and well developed oxidation zone. minerals associated with arsentsumebite at this type locality include malachite, cerussite, azurite, smithsonite, bayldonite, duftite, mimetite, conichalcite, quartz. In the USA, the somewhat obscure Buckhorn mine in the Red Cloud district, Lincoln Co., New Mexico, is host to a hydrothermal polymetallic barite–fluorite deposit comprising a relatively diverse suite of secondary minerals such as azurite, malachite, austinite, brochantite, duftite, spangolite, cornubite, wulfenite vanadinite, and mimetite in addition to arsentsumebite. Other localities include the Clara mine, near Oberwolfach, Black Forest, Germany; the the Anticline prospect, near Ashburton Downs homestead, Capricorn Range, Western Australia, and Broken Hill, New South Wales, Australia; and at Moldava, near Teplice, Czech Republic.

You can buy these rare green crystals online from The Arkenstone, www.iRocks.com to add fine mineral specimens to your collection. 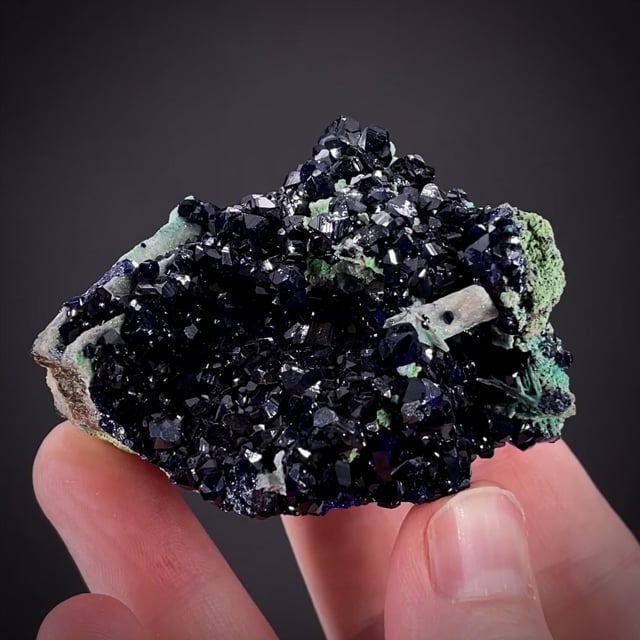 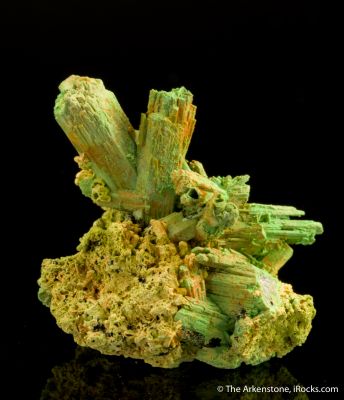 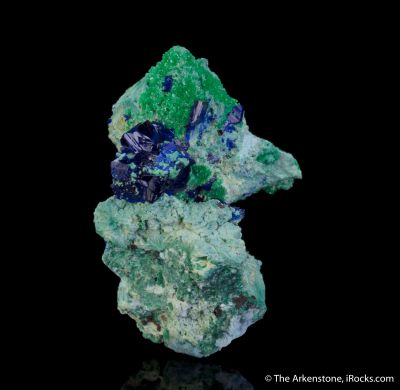 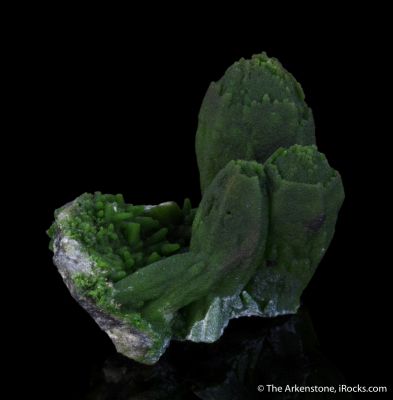 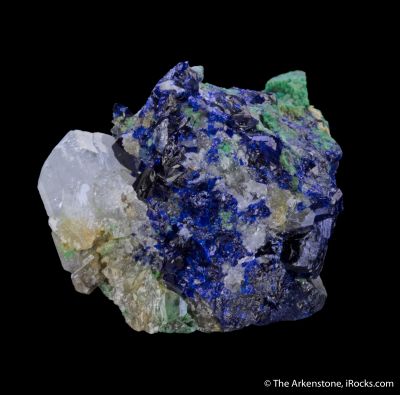 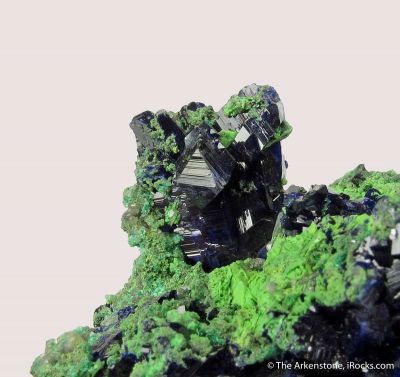 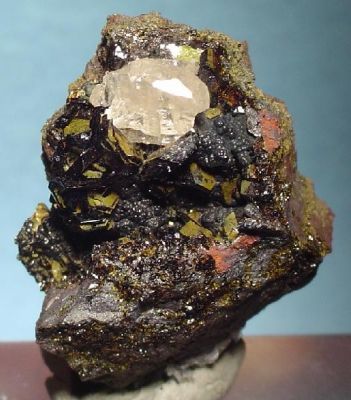 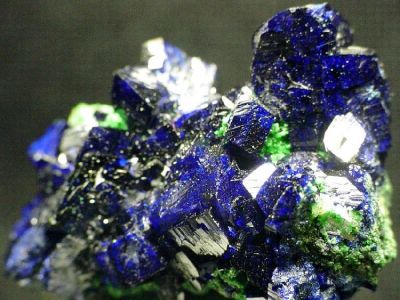 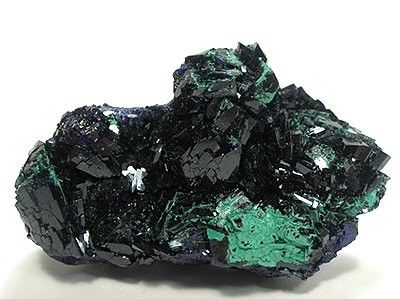 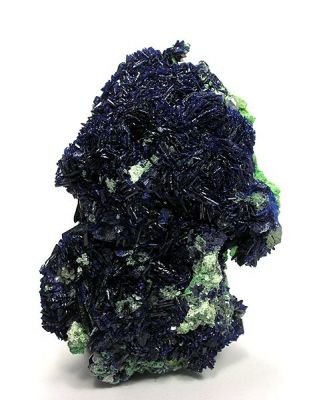 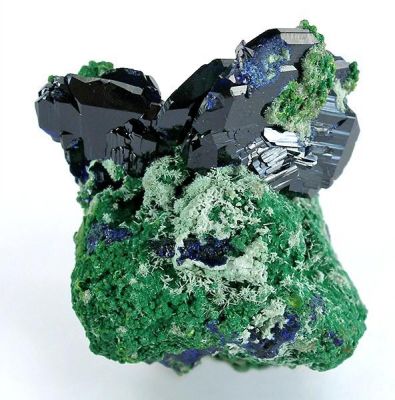 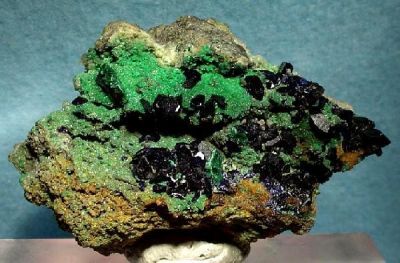 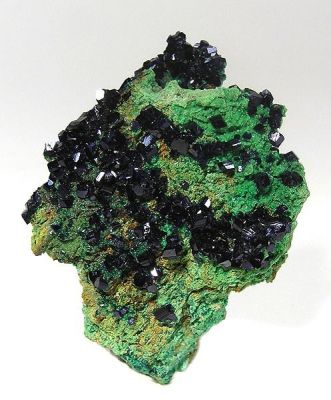 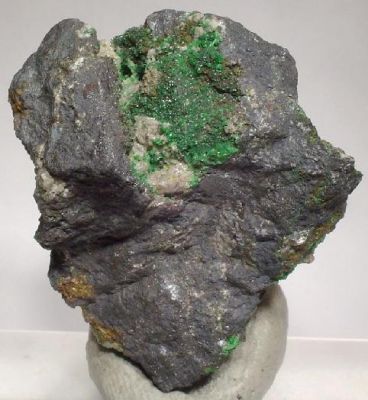 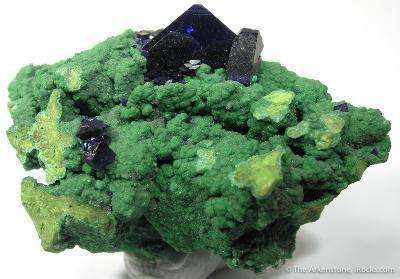 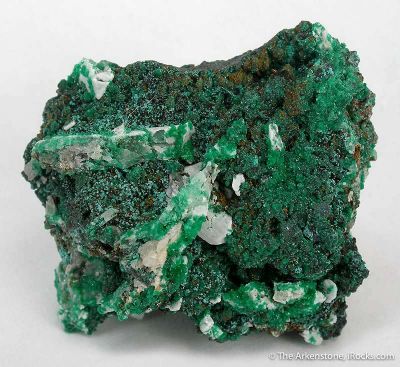 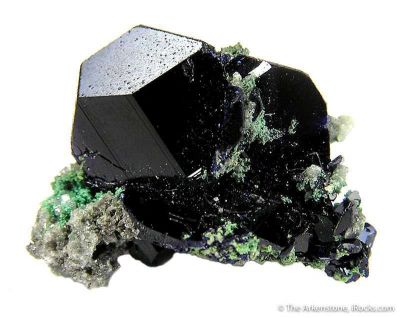 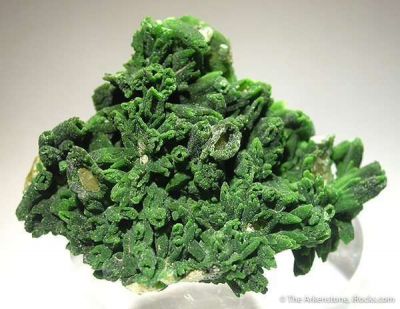