Here we present a mix of tourmalines from two 2012 finds in Brazil. The Cruzeiro Mine produced a small pocket of several kilos of beautiful raspberry-red tourmalines, quite unique in color for the locality. They have brilliant luster and sharp form! At about the same time, the Barra de Salinas mine has given up another pocket of the classic style we wish for from there of multicolored crystals that exhibit rich greens and teal hues as they show scepter growth. I held back both lots to see if a further pocket would be hit. However, neither mine has produced anything comparable to this since early 2012. 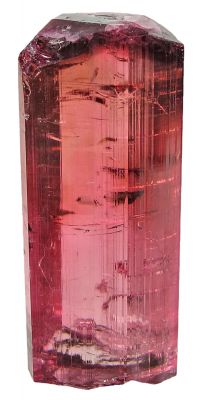