Three major defining characteristics of a civilized society are its culture, its economic power, and its scientific and technological infrastructure. Culture incorporates music, dance, literature, popular entertainment, the securing of basic human rights, and other phenomena that largely appeal to the human emotions. Economic power relates to financial systems, wealth and wealth distribution, and economic durability and growth potential, and generally relates to the structure of a society, including its laws and how they are enforced. Science and technology relate to how the society advances and keeps up with the rest of the world. That is, science and its offshoot, technology, appeal to the analytical and inquisitive part of the brain; science addresses how things work, and if a society knows how things work it can make technological advances that improve living standards.

Quite often these three vectors do not relate directly to one another. Financiers and economists rarely care about artists and poets except where caring might benefit them personally; their policies and procedures are totally independent of the artist’s concerns. Scientists care little about economic policies; their concern is rather with how things work, and what can be done to improve whatever technologies interest them. Artists care about their individual creations and often do not worry about society’s judgment of their work. These three communities operate quite independently, but when they do cooperate, society benefits in a major way.

One area where the three communities converge is in the study, exploitation and appreciation of mineral wealth. Here the term “wealth” has three different but equally valid and complementary meanings. To the economist, mineral wealth quite literally means how economically valuable the mineral deposits are (for domestic use in manufacturing things, or as trade items). To the scientist, natural minerals and crystals offer a stunning view of the universe, from the smallest details of radioactive decay, to the processes which form the heavier elements inside stars, to the large mechanisms whereby galaxies, solar systems, and planets are formed. To the artist and dreamer, natural rocks and minerals offer stunning images of nature, and a uniquely aesthetic form of nature art expressing itself in crystals and canyons and mountains. Consequently, all three pillars of a civilized society view mineral wealth as something of great value, whether to the pocketbook, to strategic planning, to education and analysis, or to the creative imagination. Although its still-unexploited mineral resources are vast, China has already tapped significantly into the financial, as well as the scientific and aesthetic, ways of valuing minerals.

On the other hand, compared to societies particularly in Western Europe and America, China has lagged in one form of appreciation of naturally occurring objects: the building of collections. While beautiful Chinese-made works of art in ceramics, porcelain and jade have become widely collectible across all cultural boundaries, Europe, and more recently the United States, have excelled in creating vast collections of crystallized minerals. Many of these collections are now proudly exhibited in museums such as the Smithsonian Institution, the Natural History Museum in London, the Houston Museum of Natural Science, the new Perot Museum in Dallas, the Hermitage in St. Petersburg, the School of Mines in Paris, and others. Such collections are also staples in many educational institutions which have departments dedicated to the study of mineralogy. China has few such institutional mineral collections and even fewer private collections; most of the world’s great museum collections of minerals (and fossils) had their origins in donations and bequests made by private collectors, a cohort which has been largely absent in China. 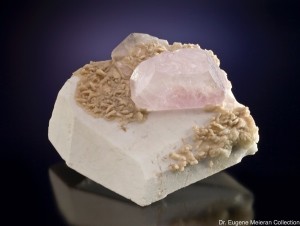 But with recent Chinese discoveries of some of the most beautiful mineral specimens ever seen, this historical reluctance to create collections of minerals seems to have changed. Chinese collectors are now frequent visitors to major mineral shows all over the world. Some historically important mineral specimens from other countries which were once regarded as the “best of their kind” have now been surpassed by Chinese specimens: perhaps the best known example is that of stibnite. The once dominant stibnite crystals from Japan, believed for hundreds of years to be the finest on earth, are now regarded as second-class by comparison to the huge stibnite crystals and crystal clusters found in the Xikuangshan and the Wuling mines in China. Fluorite from many locations in China is as good as or better than the old classics from Illinois and England. Such naturally occurring works of art, long appreciated by the Western world, are finally starting to gain visibility, recognition and popularity in China.

Furthermore, the very properties of the crystals that make them so attractive also contribute to making them important in both technological and financial ways: a true intersection of economics, culture and technology. Many of the crystals in this book serve as indicators to help locate sources of the rare-earth elements which are extremely critical for the electronics industry. Deposits that produce the world’s finest stibnite crystals are also the sources of industrial amounts of antimony. Azurite comes from the copper deposits, and silver, obviously, from the silver deposits. But this mixed blessing is also a mixed curse; many mines in Europe and the United States prohibit the collecting of these beautiful and rare specimens, sacrificing them to the economic realities of mining for profit through modern mechanization. Collecting great specimens must often take second place to the rapid extraction of valuable metals from huge ore deposits, in which process many great crystals which might otherwise have been seen and admired are instead destroyed. Only very wise people, corporations and institutions protect these examples of nature’s art, for they know that every crystal masterpiece destroyed is an irretrievable loss for humanity.

This book, then, conveys the wonderful and growing legacy of China in the world of collectible mineral specimens by showing how these amazing works of art occur, where they are found, and how their value (scientific, financial and aesthetic) is appreciated. The illustrations give readers the emotional thrill of seeing for the first time many of the great specimens which have been uncovered in recent years. If history does indeed give lessons about what to expect from the future, Chinese mineral specimens are about to emerge as one of the Earth’s greatest natural treasures, to be appreciated for what they are and for what they represent: Nature at its best, creating extraordinary works of art for all to enjoy.

Dr. Eugene S. Meieran, a long-time mineral collector, received his doctorate in Materials Science from Massachusetts Institute of Technology and has enjoyed a long and distinguished career in research for the semiconductor industry. He is the author of over 60 technical papers, and the recipient of three international awards for his research. He is retired as a Senior Fellow at Intel, where his duties included debriefing returning astronauts regarding the functioning of onboard computers during space missions. Dr. Meieran is a member of the National Academy of Engineering.
_________________________________