Back to Mining History - Dr. Liu Guanghua and Wendell Wilson 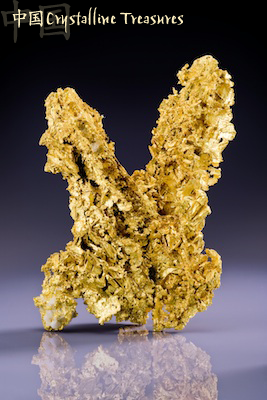 “Chrysanthemum stone,” a dark gray shale from Hubei province containing embedded crystal sprays of white celestine, is widely popular as a viewing stone in China because of its aesthetic resemblance to flowers. The Arkenstone specimen (weighing 600 pounds!)[/caption]

The Chinese have not traditionally collected minerals, although rock and stone collecting is quite popular and can be traced back to 200 B.C., when the royal families sought and preserved rare stones. Today, some three million people, more or less, in mainland China collect jade, stone carvings, and natural rocks that show uncommon shapes, colors, and structures, or that exhibit unusual properties. Unlike Western collectors, the Chinese are not particularly interested in the scientific significance of their collections or in crystal perfection. Instead they focus on a stone’s aesthetic appeal as well as on any potential links to legend, ancient events, famous people, religion or philosophy. In many cases the scientific or monetary value of a stone is much less significant to the Chinese collector than whatever historical or sentimental importance the collector has placed upon the piece. In effect, most Chinese do not collect the stones themselves; rather, they collect a physical representation of the ideas that the stones imply. The importance of a collectible mineral specimen to a Chinese collector is normally not its monetary value, but rather its value as an occasion for spiritual expression and contemplation. In the eyes of most Chinese collectors, until only recently, the first question to ask about aesthetics is not about the composition or quality of a piece, but about what its form and shape imply in a cultural and religious context. Rock collecting in China is therefore more of a cultural than a scientific endeavor, and has not served, as it often does in the West, to inspire people to become deeply interested in the natural sciences. The National Government recognizes this now, and has addressed this difference between our cultures as one of many issues to target in order to encourage young people to pursue the natural sciences, and eventually to accredit themselves in geology and resource management and exploitation. A concerted effort has been initiated to modernize the country’s earth science education and museum displays, using the plan of Western museums to popularize science by showing examples of the beauty of the Mineral Kingdom. 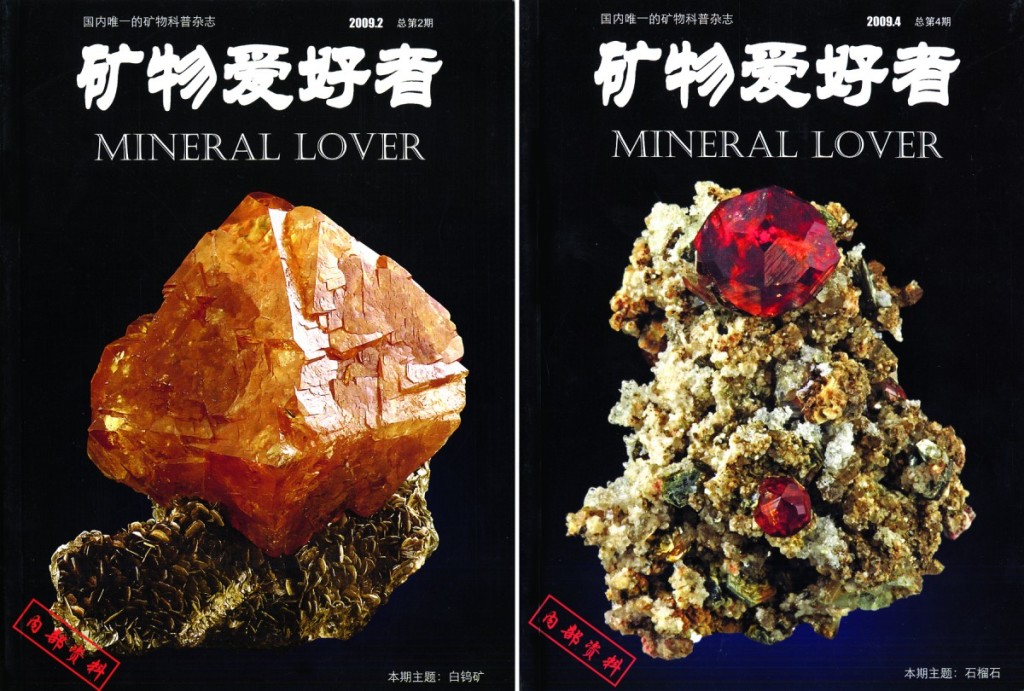 People in China do not understand the value and beauty of good minerals in the same way that Western collectors do. This is mainly caused, in my opinion, by poor education in the geosciences: no mineral-related classes are taught in the middle schools and high schools of China, and there have been few international exchanges in recent history.

Shops and stores selling collectible stones to the Chinese can be seen all over China, especially in big cities and tourist spots. Judgments concerning the value of such stones vary from person to person and from market to market. The type and quality of these rocks is subject more to the evaluator’s opinion and less to any objective criteria, such as the presence of a rare mineral species or crystal habit. In the Chinese stone market, bigger is generally more expensive. These so-called “view stones” are mainly products of erosion and weathering, and are appealing because of their form and beauty, but among dealers there are no consistent standards used for fixing their monetary values. Although they are supposed to be entirely natural formations, the stones are often reproduced in laboratories and by skillful stone carvers. It often happens that a valuable, well-shaped natural stone inspires many man-made imitations.

Influenced by Western conceptions of mineral collecting and the increasing knowledge of mineralogy and geology, more and more Chinese have begun to take up mineral collecting, with many amateur stone collectors expressing an interest in crystals and fossils in recent years. No doubt, China will be one of the biggest mineral markets in the future.

I am honored to have been selected as the curator of minerals for the most modern-styled new museum so far built in China; the museum is in Wuxi City, outside of Shanghai. The museum website shows illustrations of the beautiful new facilities. Our museum displays my personal collection of crystallized Chinese minerals, obtained over my 30 years as a professional geologist, field collector and mineral dealer.