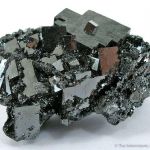 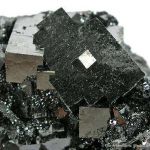 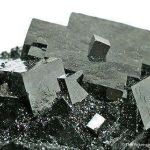 This remarkable specimen turned up in a small South African collection and when I showed it to Charlie Key, expert on all things African, his jaw dropped and he said something like "I never thought I'd see another..." He apparently had one from this same pocket, in the early 1980s, and has not had another since. This specimen he ranked very highly, and said they would both be among the best he knew of from the Kalahari fields. By worldwide standards, these would also have to command top spot except for a very few specimens from Utah, and those are of differernt habit entirely. The luster and sharpness on these are amazing, they look carved. The large crystal is 1.6 cm, ranking very highly for the species. The sharpness and luster, though, make this so distinct from Utah material of similar size that I thought at first this must be magnetite and not bixbyite. Charlie also confirmed the locality information for me. 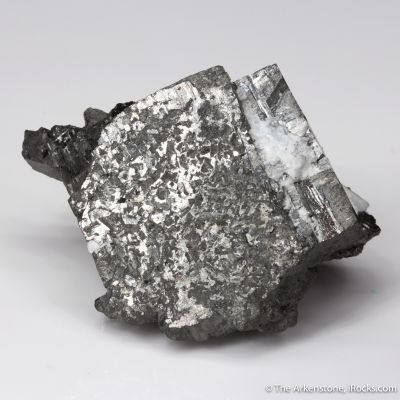 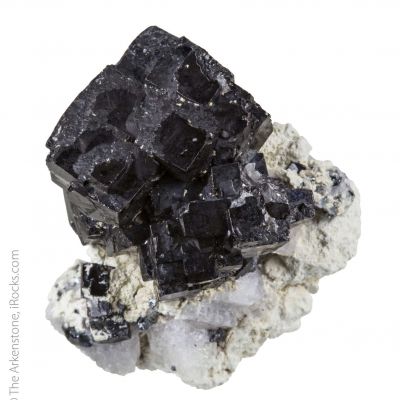 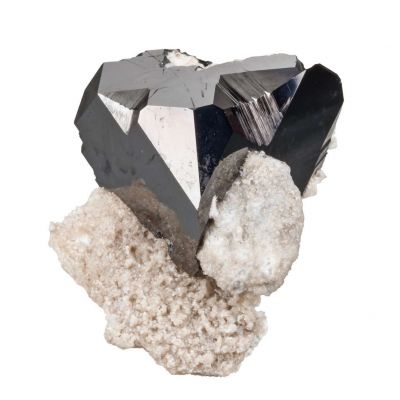 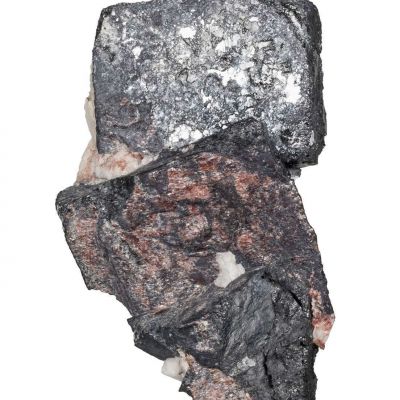 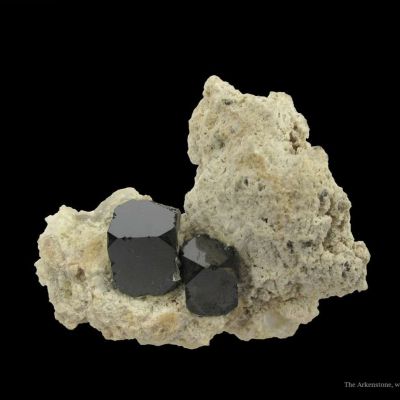 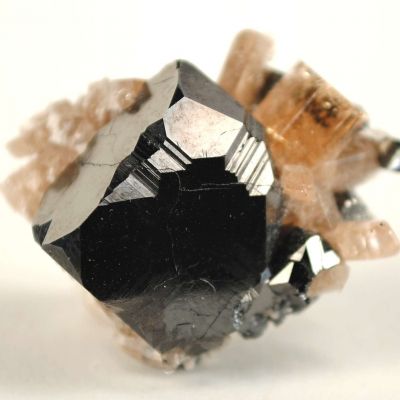 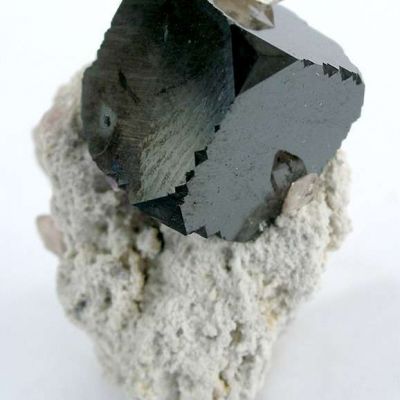 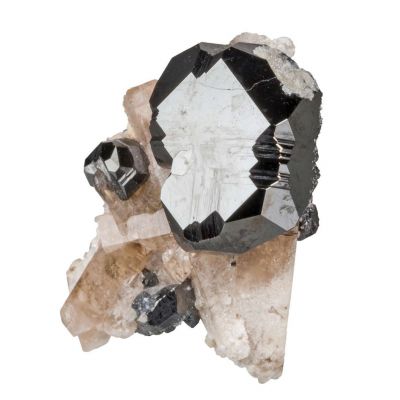 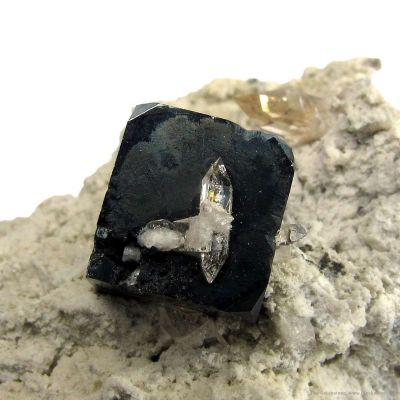