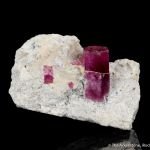 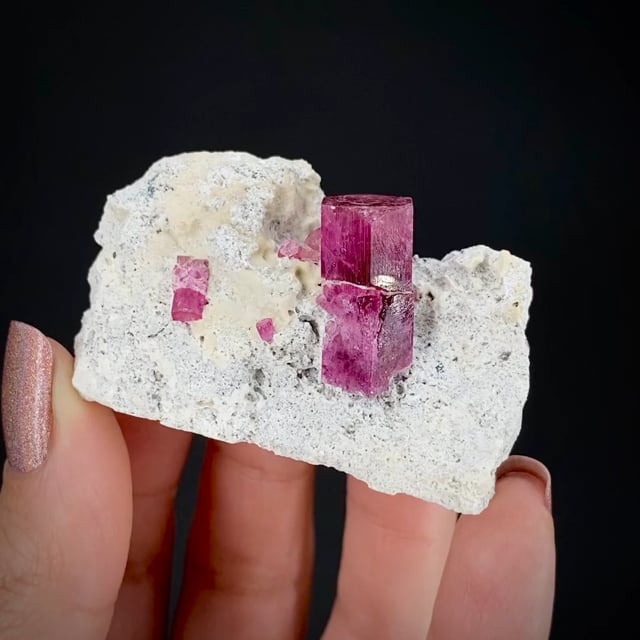 This is a superb Red Beryl matrix specimen consisting of one large, raspberry red, translucent to transparent crystal and several smaller crystals distributed on a rhyolite matrix. Sometimes referred to as "Bixbite", Red Beryl is only found in the Western US, with the majority occurring in the Wah Wah Mountains in Utah. Unlike other members of the Beryl Group, crystals of Red Beryl are rarely found as large crystals. Most Red Beryl crystals average around a centimeter in size, but the main crystal here is an amazing 2 cm in length! Excellent Red Beryl crystals specimens like this one with sharp, well-formed prism faces, a nice termination on the one end, and on matrix are unusual to find. The main crystal is in great condition with only a couple of tiny chips and the naturally occurring growth fracture in the main crystal has been rehealed during its formation. Trace amounts of manganese produces the stunning raspberry color. It's hard not to love this 2 cm cranberry-red crystal and its little companions on the contrasting tan colored matrix! 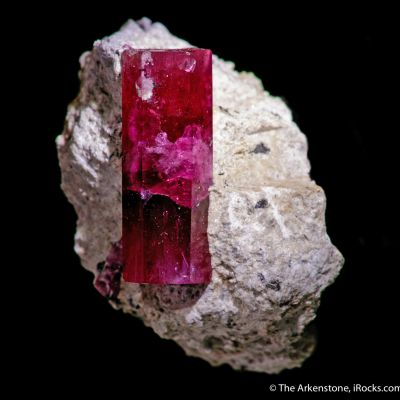 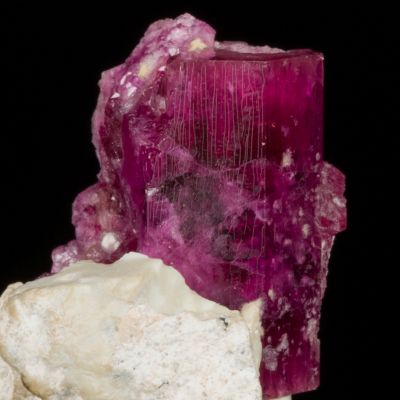 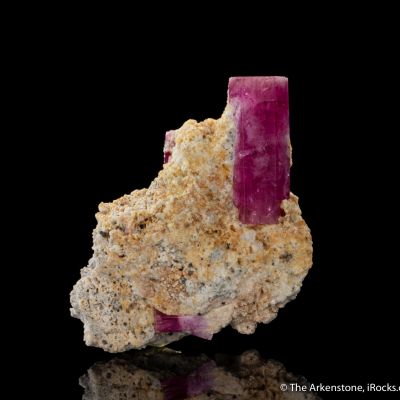 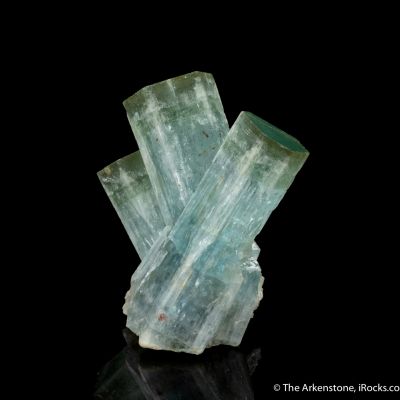 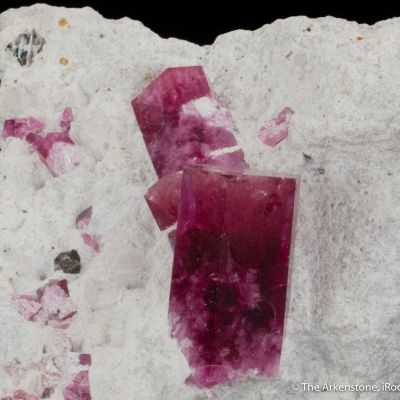 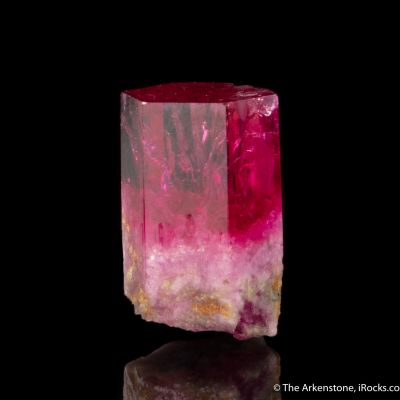 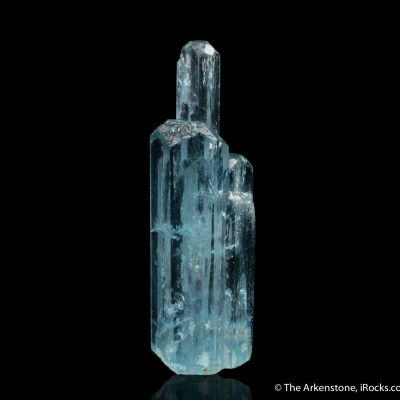 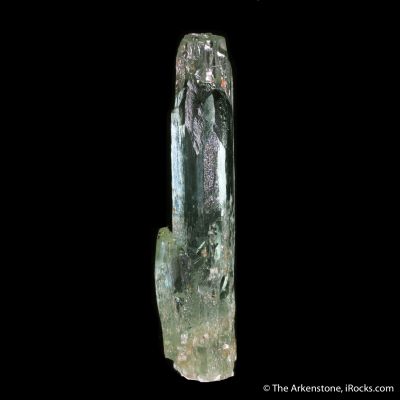 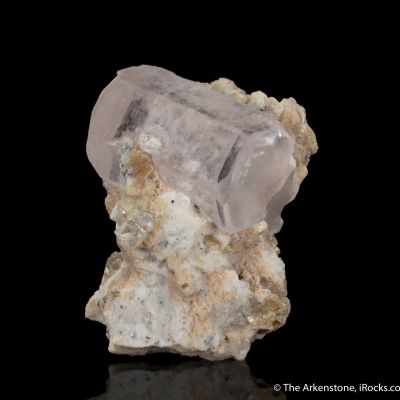 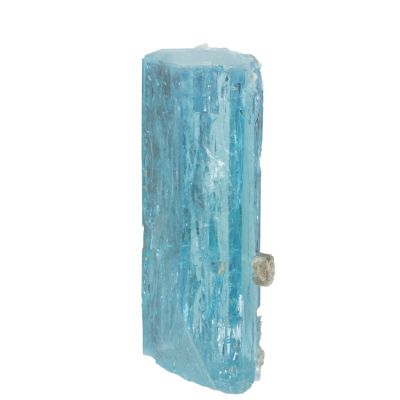 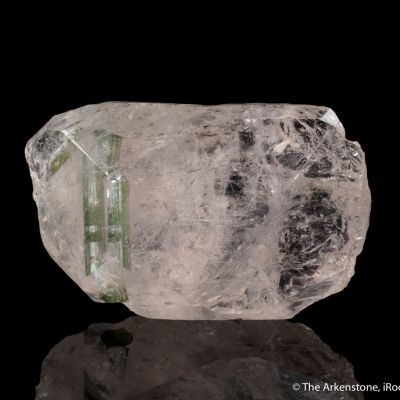 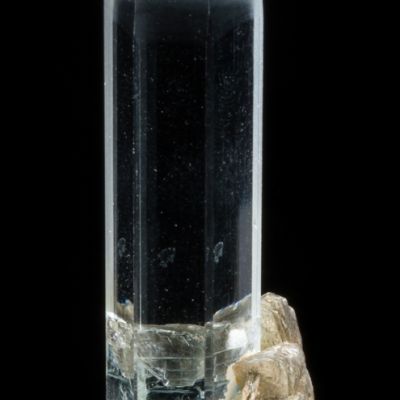