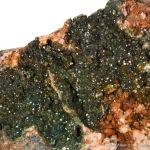 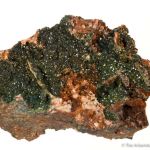 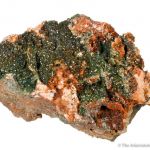 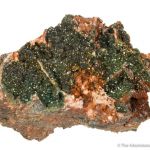 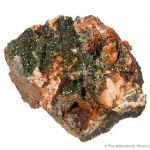 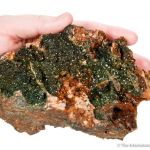 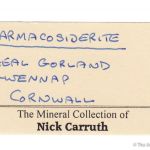 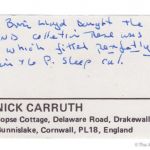 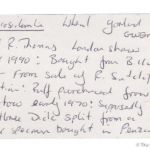 A significant specimen for size, as so few have survived, this is an important specimen of the rare species pharmacosiderite. Nestled aesthetically in shallow vugs in an ocherous limonite matrix, is a druse of lustrous, dark forest-green pharmacosiderite, an uncommon hydrated potassium iron arsenate. Ex. Nick Carruth collection, along with his label. Provenance is: Richard Barstow to Ralph Sutcliffe in 1970, to Brian Lloyd, to Nick Carruth in 1980, and then to Simon Lawrence recently in the sale of the Carruth collection in its entirety (Simon is selling this, only because it is simply too large for his suite of miniatures and small cabinet sized Cornish pieces). Among the largest pieces of quality, and better than the famous specimen on display in the Truro Museum in Cornwall. Apparently this was a well known piece within the old collecting group in the UK, as Dick Barstow found a giant one in an old collection and split it. 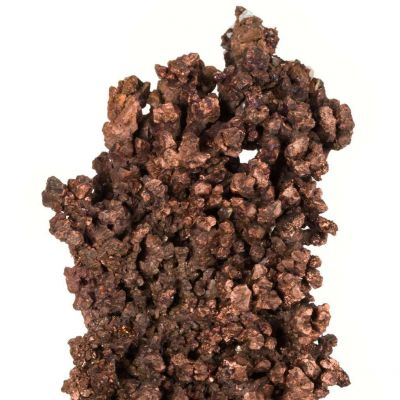