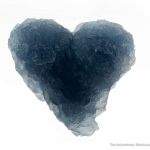 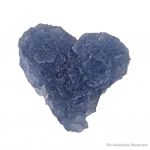 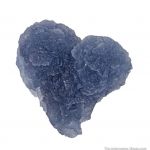 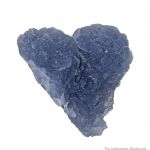 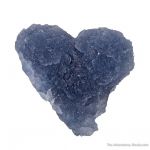 Lustrous and translucent, with a rich sky blue color, this gorgeous display quality specimen of an uncommon species exhibits a natural heart shape as displayed. Suolunite is a hydrated, calcium silicate with hydroxl. A single surprising pocket of this material was found at the Thetford locality better known for garnets, back in the late 1990s. The whole pocket was sold to Charlie Key who then sold most of it to the Royal Ontario Museum at the time, before it was known by the miners that this was more than just oddly colored prehnite. It turned out to be quite literally the world's best suolunite by an ORDER of magnitude. GEMSTONES were cut from this material, even! Back around 1999-2000 I was able to exchange a few specimens with the ROM for a choice sturmanite specimen, and this came from that lot (long since sold to a customer, and recently repurchased). The unique lavender hue of this material, and the rolling surface, make it a display-worthy piece of this rarity. Small gems could also be cut from the periphery (a thick and translucent rind) of this piece as we had done with others in the past, which is fairly thick and contains translucent zones. Ex. Royal Ontario Museum collection, to me in trade in the late 1990s or early 2000s at the Tucson show. I have always regarded this particular specimen of the lot they deaccessioned back then, as one of the finest for its saturated color and lovely shape. 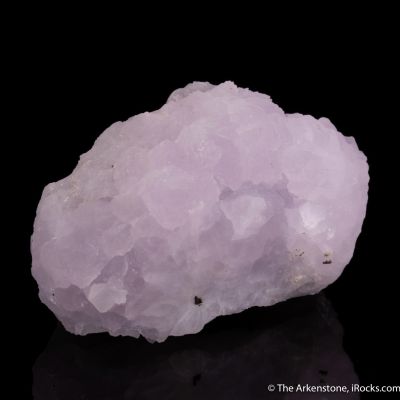 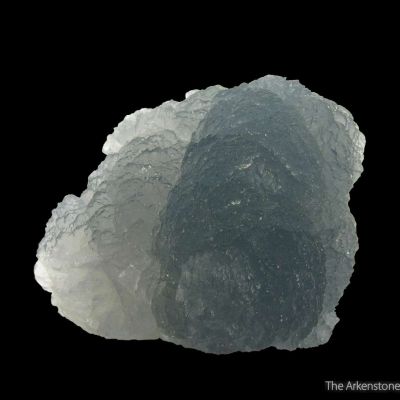 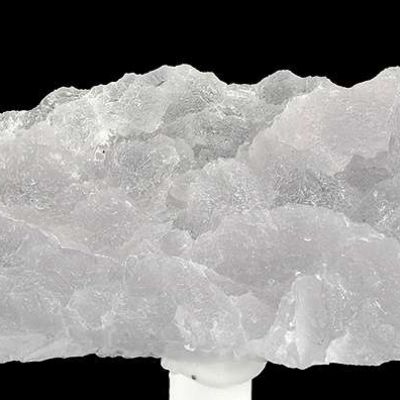