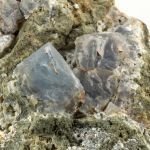 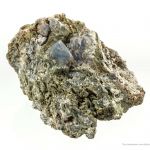 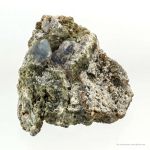 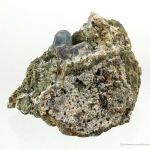 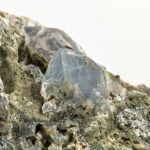 Nestled in a vug of volcanic rock are two equant crystals to 1.5 cm in length of hauyne, a fairly rare member of the sodalite group of mineral species. The crystals are light grayish blue and they exhibit good translucence. This specimen is from a famous discovery of hauyne made in the volcanic hills above Rome. I had never seen even a piece before I saw a small group of a few pieces brought to me in Munich show of 2013. These are from the ONLY discovery of note at this locality by a collector named Fabio Tomagnini nearly 10 years ago. They were then in another Italian collector's collection, hidden away, for years (Dr. Marco Amabili). Although found here previously as micros and as small crystals without color, these pale blue, large crystals set a new standard. This rarity is an uncommon sodium, calcium and aluminum silicate. It is a significant specimen and one of the finer examples of this pocket. 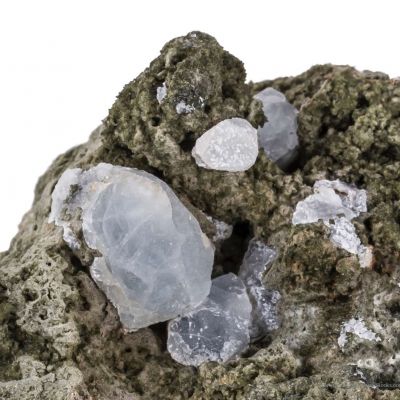